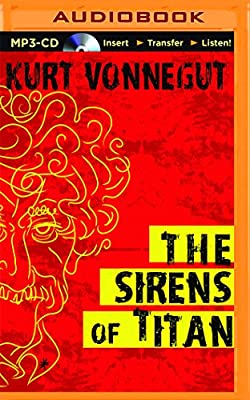 I am finding the smallest thing getting me into obsessively pissed off states. I don’t know how much of it is Ascension, but this is something that is a tendency for me, and it seems exacerbated recently. This is brought to the fore as something I need to work upon.

Really in some sort of torpor today.

My days are becoming monumentally similar and my direct contact with other humans is almost nil.

I am pretty introverted and generally find other human beings tiresome, but I feel like I am living within a realm of scorched earth.

I have visited people both of the last two weekends, but it feels indulgent to keep visiting the same people every week or two.

I am doing pretty well with my strength training, but need to get outside and ramp up my cardio work, either at the local football field or in a rarely peopled rural park about two miles from my home.

There is something I’ve become obsessively pissed off about that is completely inconsequential, yet I continue to feel its charge within my body.

I could tell you that it is a completely irrational anger, yet that does not allow me to release it.

My life is becomining deadeningly repetitive. I live by myself and at the moment am not going to my office for work.

Meaningful Interaction with other humans is almost nil.

I am attempting to collaborate with a friend on a creative project and sometimes it is only when you embark upon such a project that you understand certain things about the person you had not previously been aware of, like lack of cultural breadth and depth, flexibility, and confidence in their own creativity. You start to question whether you knew this person at all, and really, it is obvious, you did not, at least not in any useful way.

Sometimes you work with people on a project and they make a choice and it is so obviously a poor or lame or pointless choice that it leads you to completely reject their judgement and abilities and wish you hadn’t involved them at all.

You thought you knew the person but now you realize they are able to offer nothing, absolutely nothing.

It makes you question your discernment in considering people.

Went to a restaurant and a store today. It feels a little risky. I have not been listening to Aegis for a week and a half. Maybe I need to put it back in my stack.

Traveled to visit my aunt and watch back to back episodes of Jeopardy. I felt especially sharp today in my ability to accurately answer the questions.

I think a real felt sense of the emptiness of human life has struck me over the last several months. I am not quite sure exactly what stimulus or combination of stimuli has triggered this but it is an unpleasant sensation.

A woman to whom I had been romantically interested in show me a new, large thigh tattoo of an anime character she recently had inked. I will be honest, my attraction, in a very real and visceral sense, left me in that moment. I was pretty much immediately no longer attracted to her. It was not based on any conceptual decision, I simply no longer felt attraction.

I don’t have an issue with someone having tattoos, but it seems to have a strong effect over whether I will feel attraction for them. Apparently and very viscerally, I will not, even if prior to having the experience I had felt attraction. I will admit to having felt a real sense of loss at having ceased to be attracted to this woman.

It seems pretty clear the attraction will not reinstate itself and I lost interest very quickly in even continuing to interact with her. It was like a flip was switched and all the charge of attraction dissipated in a moment.

You can say my reaction was shallow, but it was a visceral, not an intellectual judgement. We can only be attracted to who we are attracted to, and, hey, there are plenty of women out there, so why do I need to give her another chance if the attraction is not there and I can find somebody else.

Conversely, I am sure there are at least a few guys for whom a fairly large tattoo of an anime character on a woman’s thigh is enticing and adds beauty. I don’t get or share that feeling, but I do not need to.