The more money I make the more independent I can be meaning I can move out on my own.

I don’t think this is true. You could be making serious coin and still feel obligated to your parents.

A radio talk show host over here said it best:

"You owe your parents nothing and your children everything"

This is a mind/spiritual thing. Ties still bind, even abusive parents still have control over adult children who have already left. It’s hard to leave if you’re not an independent minded person and guilt is controlling your mind.

I don’t know what the solution is for freeing your mind from this tie. The best thing is to somehow develop mental autonomy. Emperor and Ascension will help you be your own man - at least.

Sometimes there is a price to pay for freedom. I had to disconnect from my community because i did not agree with their views and beliefs. When you disconnect it can shed blood and tears but its worth it.

I’m not ready to go to battle with my parents just yet. I need to get myself a full time job first.
I’m gonna use ascended mogul to get me a job and get my money right with ascension thrown in there here and there then after I get a job,
I’ll be adding emperor in.

The law of polarity.

Don’t get me wrong. Sometimes a false escape may be exactly what the doctor ordered.

The endgame is to transcend the situation. To grow out of it.

Who knows? There may be some dramatic moment when you confront one or both of your parents. And that may make some sort of difference on some level.

For me, personally, I’d doubt it. The person who needs to be convinced is not them. It’s you. So, if asked, my vote would be to focus your energy on your own growth and empowerment. External and Internal. Having money will probably help. @Michel is right that it’s not some sort of simplistic, magic wand that will easily grant freedom, but it’ll probably still be an improvement.

Also, the steps that you take yourself through as you build up your own money and plans are likely to strengthen the same muscles you’ll use to establish appropriate boundaries and independence.

Any genuine transformation process will surprise the one who has been transformed. You don’t know exactly where this path will take you and, we commenting here definitely also do not, but it’s clear that this change is one that you desire to make.

Hmmm…one other thing. To the degree that it’s possible, remember that your parents are just two human beings. Two grown up children who passed through experiences and developed identities just like you have done. This is true of all human beings. I know that there’s that behaviorally-reinforced sense that they are larger than life, but it’s just a psychological reality. Objectively, they are two grown up babies, just like all adults are.

Challenge yourself to look at them realistically, as neither angels nor demons, as neither absolutely perfect, nor monstrously flawed. They’re people. Try to stay grounded in that. And then gradually work to bring your own power into reality.

I would say that economic freedom does help a lot. Imagine being at the mercy of someone else in terms of money. They can cut you off from financial help if you disagree with them and make it difficult to gain freedom. Money is freedom at a very foundational level. Although I do find value in the advice given here to achieve a sense of mental independence from the parents too. It is also possible that different people are attached differently to their folks. Some are chained more at the emotional level, some more at the financial, etc.

In the end, achieve total independence whether it involves mind, money or anything else. And let each decide what steps will best work for them.

I added EmperorQ to my stack based on Saint’s recommendation and it is immense. If you are currently a “boy”, or and adult child, EmperorQ will turn you into a man.

Man needs to earn money, build his own empire, get fit, smash random girls and generally enjoy life. To build his own emotional independence and resilience, to cope with the ups and downs.

Adult child men don’t know how to do this just yet. They can’t cope as they have no drive to survive, just fear of the future and present comfort. Emperor might just help here to push one to break away mentally at first.

For disclosure, I’m in the same boat at age 39. Moved out twice, moved back in again.

I want to run Emperor Q but i’m in constant contact with my mother and my daughter(s). I’m 29 at home with my mother. But whenever I ran Emperor, I was always angry and confrontational and I can’t do that surrounded by women, because I’m a big black male and When I get angry things get broken. I’m wondering if I should do the same and give empQ a run. My mother isn’t a “heicopter” I dont think but its just little things that a mother woud be concerned about. I dont know exactly what to run but I want to dedicate the last ^ months of this year to Moving out and getting my own money.

I want to run Emperor Q but i’m in constant contact with my mother and my daughter(s). I’m 29 at home with my mother. But whenever I ran Emperor, I was always angry and confrontational and I can’t do that surrounded by women, because I’m a big black male and When I get angry things get broken. I’m wondering if I should do the same and give empQ a run.

Hmmm…might take a bit of experimentation to figure out the best strategy.

Seems less driving, and more charismatic. Might do better for maintaining harmony with loved ones.

Stark Q has been smooth i’m running it right now.

@Malkuth - yup. Am running StarkQ instead of EmperorQ for the same reason.

StarkQ will soften out the EmperorQ hard edges, for sure. It will also give you your life’s purpose to follow.

Some men can still hear the voice of their mother and Or father in their head, and all the self limiting beliefs and old tapes still playing in their head,even after there parent or parents have long passed away. It’s like even though the parents are no longer alive the child whose now an adult is still stuck with the same issues that they faced when the parents were still alive. The mother and father are no longer alive but in the mans mind and thoughts the parents are still Alive and still dictate the way he thinks and acts

Their thoughts are their reality. The same thoughts keep on running in their head, thus reinforcing their 3D reality.

Run a single loop and see how it goes for you. If you still feel good throw in another loop the following day.

@Grimm1390 whilst true that our parents shape our beliefs, as an adult you now get to choose what to believe.

“I don’t believe I can survive by myself in the big bad world” - how does that feel?

Part of me feels like I can’t survive on my own or make my own decisions. Hopefully overtime that changes

Part of me feels like I can’t survive on my own or make my own decisions. Hopefully overtime that changes

Opinion:
Focus on the actions first.

Your thoughts and feelings don’t have to be the boss of you. They’re like wind inside of you. It does help a lot when they’re blowing in the direction that you want to go; but even if they’re pushing against you, you can still walk forward. You don’t have to change every doubt before you can start taking action.

Be compassionate and patient with yourself. It’s understandable that it may take a while (and take a bit of behavioral evidence) before narratives, beliefs, and perceptions that have been with you for years begin to change. 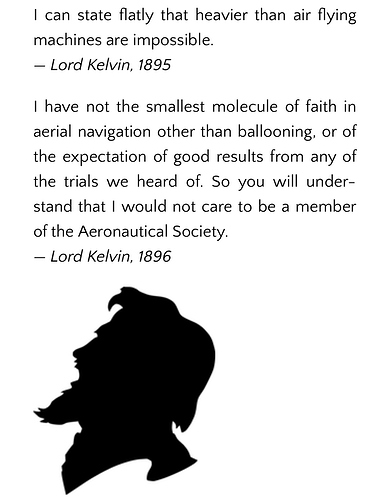 The Commander supercharger. I’m not saying it’s an overnight cure. But it’s a good reminder that you can do this shit.

Thanks for your kind words and everyone else’s on here. I really appreciate it. I unfortunately had a severe relapse and binge session on porn this week . I took steps this week to make this a priority daily. I wrote a list out why I’m doing nofap, what are my triggers, what are my tools to use for recovery, what tools to use in the heat of a intense moment where I wanna fap. I started attending smart recovery meetings and saa meetings. I’m no stranger to 12 step groups I used it for my alcohol issues and porn addiction/ codependency issues in the past for a period. I prefer smart recovery even though it’s more geared towards alcohol. I like going to Saa men’s meetings so i can be around more people who have this issue like me. I also started reading a book called rational recovery. I had it for a few years. I’m taking notes. It talks about the mid brain aka beast brain and neo cortex which is us. The midbrain all it wants his pleasure and all it cares about is the short term and doesn’t care about your goals. The neo cortex is the you that thinks things through for instance “ should I edge “ “ maybe I’ll just watch some porn but don’t fap “ etc
It’s a good book for battling addiction outside the parts where it’s preachy and talks about how AA doesn’t work for like 50 percent of the book.
The saying “ as soon as I come I come to my senses “ when we are in the Midst of a relapse and are gonna do the act are primal brain has overridden our pre frontal cortex. Once we orgasm our pre frontal cortex takes back control and this is where we wonder why did I even just fap. your brain literally does come back to its senses from when the primal brain just took over.
I have a issue with sexual repression which tends to pour out into porn and fapping. I need to learn to channel this energy in healthy ways. I’m just guessing one side benefit of not fapping and watching porn is building up my sexual energy. This energy can be channeled for me to get independence. Like since I binged I can care less about staying home now I’m okay with it and I’m upset I feel that way. I
Like raphael has said on here from time to time nofap is a stacking module, it’s a very powerful one. i need to learn to harness this energy. For instance primal is to much for me I can’t handle it. All I wanna do is hump a girl, pillow or fap. This is not good I need to learn to become sexually mature and handle these urges in healthy ways not like a little kid.
read a comment on reddit about way of the superior man talking about harnessing sexual energy and making love to the world. This concept sounds very interesting I’ll take a look into it

(post withdrawn by author, will be automatically deleted in 24 hours unless flagged)