Well I did make a point of asking whether multiple auras could run at the same time and the answer was yes hence me proceeding with the multiple auras in my build.

Yes, as I said above, we’re going to reach out to you about that.

Why would I lie Saint ? I am sorry it really pisses me off when you accuse me of lying. Would would I gain from from not being honest about my base line. I am not here to discredit SC.

I didn’t say you were lying, and we know you’re not here to discredit us. What I said, is there’s a possibility that you’re not being honest about your baseline, as in, honest to yourself. @Friday actually posted a humorous, but clearly humbling comment this morning about his own experience with Libertine Ultima. He received a strong aura response from a woman, but then had to ask himself, “what exactly does that mean about my perceived attractiveness?”

Since the aura isn’t working for you, from a pragmatic standpoint, we have roughly three options:

All three of these are logical conclusions. However, #1 is unlikely because we have more than enough empirical evidence to prove otherwise, including (I think, can’t quite remember), your own response to emperorQ. Also, the fact that many people on Beyond Limitless and Libertine are experiencing the insomnia effect from the aura’s energy sourcing (which just makes you very restless and active if you run at night).

#2 needs to be tested also. I mentioned in an earlier response that you may need to eat more calorie dense food and get out in the sun as much as possible in order to give those auras the fuel they need. And again, we’re going to reach out to you with some things to try.

#3 is also a strong possibility because we see this a lot. There are A LOT of lurkers to this forum. We get over 20k visits a month, and most people don’t post because the Internet is generally a hostile place and most people just don’t want to deal with it. But, we do get a ton of emails from people reporting their results and conversing with us – we don’t talk about that because we respect their privacy. When I say that we see this a lot, we see it a lot. Many people’s self-perceptions are often not congruent with what society sees. It isn’t a diss, it isn’t me “blaming” you, it isn’t me calling you a liar. I’m telling you the truth of what our options are, because that’s the right thing to do, regardless of the consequences. All I’m saying is, consider it a bit harder. Look at what’s happening when you go out a bit deeper.

Question in regards to Auras. Would Auric Overdriver intensify the aura of intensity Aura and help attract more positive situations? Or would it kind of overload it? Auras are an interesting subject

Question in regards to Auras. Would Auric Overdriver intensify the aura of intensity Aura and help attract more positive situations? Or would it kind of overload it? Auras are an interesting subject

Let’s post a new thread under “Questions and Comments” and we can continue this branch of the discussion there.

Saint you have made some valid points which I will take time to think about. Will continue with using the custom as normal and look forward to you guys reaching out to make further suggestions.

The third option, which @Fire believes, is that you have too many auras in your custom, which we’ll reach out to you about.

I literally have all the aura modules in one of my customs, except the module “AuraQ” itself

In a dimly lit room, two men stand over a laptop screen, the light from the laptop casting strange shadows on the wall behind them.

“Are these the latest readings?”
“Yes, the effects are more severe than previously anticipated.”
“Is he aware?”
“Quite the contrary, he seems completely oblivious.”

One of the men smiles.
“If he only he kept the same amount of detail in his journal that we keep in these reports. He would have noticed.”

The other man shrugs.
“What do we do?”
“Management says we should bring him in as fast as possible. An off-the-book location has been prepared with superconducting properties. R&D says it should contain him.”
“And the team to bring him in?”
“All volunteers, none of them have dependants.”
“Very well, let’s get it done.”

The men walk out of the room, leaving the laptop open. On the screen a series of Kirlian photos of @blackadder, his energy field completely overwhelming the people around him. Next to them a report showing energy readings, many marked in red.

@DarkPhilosopher you always bring a smile to my face

Good, you sounded like you needed one. Glad to be of service.

Our very own @RVconsultant, who tested Libertine privately, is a testament to what happens when you just act. He noticed an attractive woman (who was with her boyfriend) seemingly following him around in a store. He wasn’t sure if it were the aura, but he still took action – just a little bit – by making a joke. She began to act like a little school girl with a crush and continued to follow him around, popping up in random aisles where she clearly had no business being.

The remote viewing consultant should have no problem finding her later

Therefore, it is very unlikely that in a public setting (and by public, I mean any setting that isn’t 1-on-1) that you will EVER have a woman just walk up and grab your crotch and whisper sweet nothings in your ear.

Although not in public, my wife does that every now and then. Especially when I ran Ultima Test3.

Although not in public, my wife does that every now and then. Especially when I ran Ultima Test3.

That’s exactly my point. People act differently in a 1-on-1 basis. The other issue is the fact that we’re in the middle of a global health crisis. Everyone is acting differently and not acting on their urges as much. We even debated delaying the release of Libertine and other aura subs / modules, but decided that we’d rather get 'em out in everyone’s hands instead of sitting on them.

We even debated delaying the release of Libertine and other aura subs / modules, but decided that we’d rather get 'em out in everyone’s hands instead of sitting on them.

I can see why this would have been delayed. Nonetheless the current situation has not stopped social subs/modules from being popular!

Decided to throw rebirth into the mix to see if that makes a difference. As I remember years ago it worked extremely well alongside emperor. The custom and rebirth was played overnight Libertine was played early this morning.

No anger issues when running the second loop of libertine.

Saint did mention getting out more in the sun. I go jogging and do go for my daily walks however will get more sun exposure.

I have doubled by carb intake for breakfast by eating a plate of brown rice as well as a bunch of bananas. I have also doubled my daily dose of vitamin D3 will keep you all posted

Hey @blackadder, seems like you’re having some sturdy reconciliation brother, and that’s alright. For the sake of your own good, please don’t be this guy – 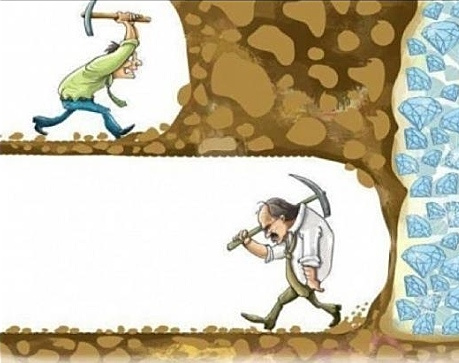 Yes my friend and all i want right now is the guidance to help it work for. Saint plus others have shared their insights on how i can get the scripts to fully execute.

I was like you too a few years back. Nothing was working for me. Neither subliminal or anything. I was not feeling anything, neither my aura or energy inside me. When I hired my Coach back then to know what happened to me and how to get more girls, I thought I needed to do something related to women to have more of them like you.

But naah, I just needed to be more wild and grounded. So after camping in the wild without technologie and to meditate in the middle of nowhere, some other exercices to fixe other areas of my life, I started to feel it. This awesome energy around me, then I knew this was my energy or “aura”. After that women where checking me out left and right for the first time of my life. I already had what I needed to attract women, but just some small stuff where blocking my aura.

Then subs started to work as magic.

I don’t know what can work for you man, but just don’t give up. Just try to not be too obsessed by women, maybe there is something else that is blocking you. So just think carefuly outside the box.

meditate in the middle of nowhere, some other exercices to fixe other areas of my life

Hi @GoforIT your experience is great, could you develop more on what you did and how?
Which exercises? How are you doing them? Morning Afternoon?

Where did you get this idea that I am obsessed with women ?. Think before you leave comments in my journal or DO NOT BOTHER WRITING ANYTHING.

ahah just read your journal man. I didnt read all of it that true, but the beggining and the ending it is about women. Dont take offense I am just trying to help you open your eyes because I was like you too.

Even your custom subs and libertine are to get more attention and women. You are talking mainly about women, and how to improve yourself and use subs to get women, you are doing cold approach too, so yeah you focus a lot about women.

If “obsessed” offended YOU, just face yourself ask you why you need to be so agressive, I was just trying to help YOU.

@Psiklou I will PM you later what I did bro

You are choosing negative connotations to deliberately make yourself look like you are correct. This is so typical on forums where people like you can hide behind their screens and put people down without telling them directly in the face.

If you are correct one must assume that those who are using wealth based subs must be obsessed with money and wealth. Try telling that to someone who is in debt and trying to make money to improve the quality of his life . People like are you just plain stupid. Whats the plan now ? to travel to some poverty stricken place in africa and tell the poverty stricken kids they should NOT obsess over making money and just starve to death. Do me favour DO NOT LEAVE any further comments in my journal you are waste of space.