Letme rephrase what I said I mean’t to say I am not going to put to much emphasis on whether the aura modules work or not if they work great if they do not thats fine with me.Most of the modules seem to work fine.

I completely agree. Do not discount the auras- just do not count on them alone.
They have the largest variety of auras ever! I am grateful to have many of them in my customs. I am certain over time with enough exposure and experience they will be amazing.

It was summer, and the sun was shining brightly on the beach. Two random pick-up artists relaxed themselves on the soft sands of the beach enjoying the fine weather.

PUA Guy 1: Hey mate, great weather today isn’t it? Most of the girls out there on the beach today look at least 9/10. Want to go sarging? Looks like we can have some fun this evening.

PUA Guy 2: Sure, mate. I’ve just finished my boot-camp conducted by the Guru. He’s the man - he’s got a record of picking up 50 girls at any single location in a half an hour. 50 girls, 50 numbers. He’s the real Guru, the God of PUA.

PUA Guy 2: What weed you smokin’? They ain’t no auras in this world man! If you could pick up 100 girls in 15 minutes, why are you still laying down here? Where your girls?

PUA Guy 1: I kid you not my friend…Let me show you my magic.

PUA Guy 1 got up and confidently walked towards the nearest girl. He spoke to her for 30 seconds, but she ignored him. He spent about 10 minutes speaking to the 37 girls around the beach, but strangely, he was ignored by all.

He scratched his head while PUA Guy 2 tried hard to hide his laughter.

He thought to himself and wondered what went wrong. Didn’t the producer of the subliminal promise instant success with the most powerful sexual attraction aura in the world?

Suddenly, he heard 37 screams. 37 girls all rushed past him squealing like Leonardo Di Caprio had descended from earth. They were rushing at a mysterious figure walking across the beach - his body was shaped like that of a Greek God.

That mysterious man looked familiar to PUA Guy 1. Where had he seen that man before?

It was his good friend Blackadder who had been one of the least successful of pick-up artists he had ever known.

“No auras, man. No auras. Just take action”, said Blackadder as he walked past the two astonished men.

LOL Are you running Ultimate Writer? That was fantastic!

Strangely, I had an inspiration to write stuff after running one loop of Ultima Libertine.

LOL mate that was funny

You all heard it from the KING take action…be a man of action !!

@SubliminalUser if i were you i would add a couple of auras in i mean your not losing anything by having auras in your custom. 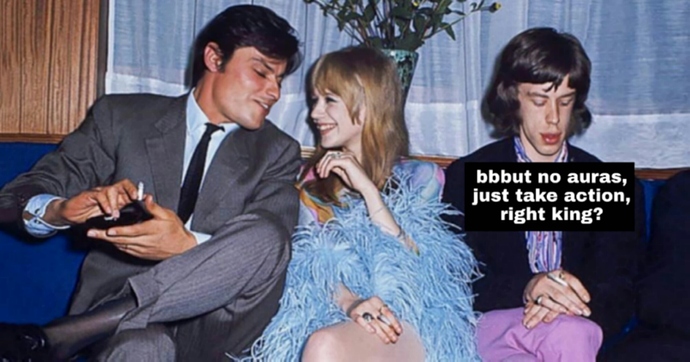 @King - an Ultima for Writing/Programming had been promised. But don’t know when it will release though.

I am fine with the ultimate writer module on the Q-Store actually since the main aim is of that customized subliminal is for me to manifest my reality through lucid dreaming.

Yes, except for slots which could be used for more functional modules! We’ll see.

Be an action man 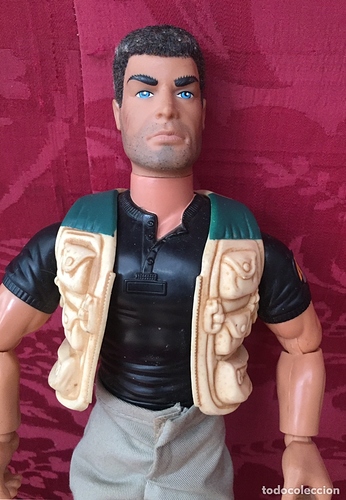 Be an action man

Yep, ultimately it comes down to this.

LOL King your too funny mate. I am out on the pull lets catchup in more details later.

There’s a certain magic about Paris. Not the City of Love thing, but the peace that comes over you while strolling through the less touristy areas. Ricardo thoroughly enjoyed his moment of peace. He was expecting good news today. Very good news.

As if on cue, a figure approached. Thin, pale, Harry Potter glasses. The kind whose greatest enemy were all the women he felt he could never have. A sad case, but ideal for the job. And no threat to him. Ricardo motioned for the stranger to sit. After looking around nervously, he did.

“It’s not good to meet in such a public place. Not good at all.”

“Ha! It is people’s need for secrecy that makes them interesting. Nobody cares what goes on around them, they are too concerned with themselves. But if you try and hide things, they’ll do everything in their power to find out what that is. Relax, have a drink.”

Ricardo motioned to the waitress that had appeared next to the table. His companion jumped in surprise, then shook his head.

“Let’s just get this over with. Where’s my money?”

“Does that mean you succeeded?”

“Does a one-legged duck swim in a circle?”

“Obviously. I hacked into AWS, intercepted this blackadder guy’s download and replaced it with the file you gave me.”

Ricardo smiled. He loved it when things went his way.

“Good, he’ll be dealing with the worst case of reconciliation in history. That sanctimonious so-called saint won’t know what hit him when his most dedicated fan turns on him and his forum.”

Ricardo took out his phone and approved the pending transfer. After verifying, his companion rose. Ricardo gestured for him to hold.

“There’s something else you can do for me. Another… obstacle. Find out everything you can about a user called DarkPhilosopher. You know I’m good for it. Now you can go.”

The hacker nodded, quickly scurried off and disappeared between two buildings.

Ricardo smiled at the waitress as he motioned for another glass of wine. Corrupting blackadder was just the beginning. He would bring SubClub’s foundations down around them, one by one. And when the dust settled, there would be a new subliminal producer on top. And all would be right with the world.

@King - an Ultima for Writing/Programming had been promised. But don’t know when it will release though

He was sure to steal early files of Ultima Programmer knowing that with the new secret Quantum Hacker technology, no one’s secret were safe.

“There’s something else you can do for me. Another… obstacle. Find out everything you can about a user called DarkPhilosopher. You know I’m good for it. Now you can go.”

Little did the hacker know, it was him, and not DarkPhilosopher, who would suffer the most for looking into a past so dark, that even the man who had lived it, had erased it from his own existence.