anyways…is COVID there a problem still? Over here it is definitely still irritating to the extent that it trashed all social goals.

It’s still going on, and has put a kibosh on a lot of the gatherings I might normally go to. Its a problem for now, but I don’t think the population is going to put up with the extreme restrictions much longer.

I know this one is likely to be dense and might be somewhat of a slow start, but I’m planning to run it for at least a full year.

I think I’ll call this one Juggernaut 21.

Of course, what came to mind as I read this? 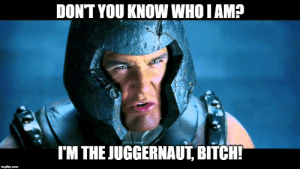 Damn right I am.

this is probably nothing, could just be some processing, see if it happens again

I’ve come up with two for a job search. One to use before the written test, and one for before the formal panel interview.

Specifically, what personality enhancements can I expect on Khan vs. Emperor? I’m pretty quiet and aloof by nature even when I’m feeling confident and dominant and I’d maybe like to be less so. As I understand it, Khan would do that more than emperor, but they would both help me drive toward my financial and professional goals as well. Do I have that correct? What can I expect?

Inner circle keep coming up in your list above maybe you should lock that one in, then identify which other two core will be best suited to handle you goals and take it from there