not anything significant has happened yet

I’d call this significant for a sub you’ve run for two days.

Yeah I’d say it is haha

Hey Sovereign seeing as you are here, I have questions about the modules I chose

How does Instant Spark work specifically? Does it work if I choose to think about someone for it to affect? (the 2nd effect)

Also do you know what Sphaera Magnetica does differently from the other auras?

Very good questions. Perhaps post them in the Q Module questions thread too?

How is it going for you?

Does your Custom contain only 13 modules? Interesting.

Hey guys been busy whilst at work

So the modules that I initially chose because they were needed are doing me just dandy at the moment. QL4 is pretty swell

So I started new work in January and it was pretty boring stuff and kind of difficult (in a non logical, ad hoc, this is a bootleg put together process you have to learn which has subjectiveness through the roof kinda way) which means I had a rough time adjusting to being asked to fulfil 100 tiny micro decisions to do my job.

Sometime shortly there after I turned myself from someone struggling to hitting my targets and fulfilling everything needed for my team leader to be like “yeah you’ve improved and done really well in the space of a week.” - what did that you ask?

It’s the only thing that could have given me such a big boost like that. And btw to anyone else running QL, the transition when things begin to click is just seemless. It really is like Limitless where Eddie begins to see the answer right away. You don’t even realise it’s happening you just “get it” so to speak

Also my little chap down below is showing nice improvement. As I said before I’m defo a grower more than a shower but I wouldn’t even be embarrassed to walk naked in the mens shower rooms now
(mainly because they’d be vacant thanks to them being shut but still…^^’)

Nothing much from the sexy stuff but I’m still hopeful.

That’s it so far guys, just wanted time to allow the rubber to hit the road so to speak and provide an update

Still going strong with the custom

The ME is actually working well and I am a lot bigger than before and thicker too. 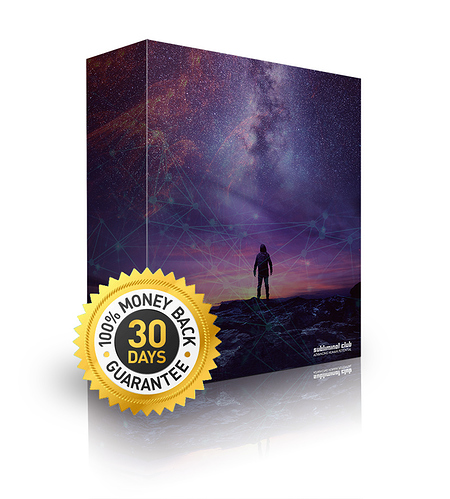 This should supercharge the QL4 to greater heights and what better to add to the Eddie Morra than this?

I look forward to seeing your amazing websites!

Sounds like you are having great success with QL4! I’m curious, did you jump right into QL4 or did you have previous exposure by ramping up to stage 4 with the major title?

I jumped right in but im sure i can handle it

Also really wanting to learn a difficult subject (such as a STEM subject) but dont want to learn something i cant use
Any ideas in that regard?

Awesome thanks! I’m planning on having that in my custom without any previous experience too, so you’ve really helped with my decision.

Also really wanting to learn a difficult subject (such as a STEM subject) but dont want to learn something i cant use
Any ideas in that regard?

Not sure what skill level you are starting with but you can never go wrong learning C++, C#, Java or Javascript.
Also Unreal Engine and Unity 3D are being used for many things these days and is fun to work with.

@Nemesis I feel that way a lot. About people and the decisions they make. Believe shit no one with even a basic level of critical thinking skills would fall for. I often feel now it’s someone’s inability to admit they could be wrong, have some socially unacceptable bias or prejudice, or are just horrible people in general. Running Beyond Limitless Ultima has made me even more aware than ever of how full of shit most people are.

So after running my stuff for a little while I’ve been getting some slight stares here or there from women while out but nothing too outstanding but I’ve been waiting for the Ultima 3 to finalize so I can run that too.

Me: I know and when we go out on a date I’d still be the best looking one

Girl: We are not going on a date
So yeah have fun being the best looking person in your imaginary world
Your favourite place

Just got a like on IG from a influencer/model who is gorgeous on one of my pics.

Like all of those girls her pictures are mainly of her and high quality. She is korean/american with blue dyed hair and very yummy haha

I feel a bit more confident and assured, little bit hornier and relaxed. Let’s see what we’re working with in the next few days.

Are you going out around people? It’ll be a waste just to sit at home while running it.

-my guy down below is starting to grow nicely, the flaccid size is now long enough to grasp in one hand, the full erection is thicker and starting to feel like it can bend slightly near the top (not uncomfortable though) and I’m happy with that

I’m thinking of a 2nd custom focused sorely on intelligence and using results enchancements to the max to grow and drive my grey matter to the max. Not sure yet (Mastermind, Trailblazer and Matematica Virtuoso sound great inclusions)

I was out with some friends last night in a restaurant and got some looks and slight stares from the ladies, (one came in with her man and we made eye contact and smiled like we knew each other even though we didn’t haha)

saint can you look for my custom too? i ordered a new one with 1 day guaranteed delivery as well last thursday