@RVconsultant is Sex and Seduction light weight enough to be an ultima product ?

Was just thinking aura module/focused arousal and aura of craving might be a workable ultima stack what does everyone think ?

@SaintSovereign thoughts on putting I AM and Blue Skies in the same Ultima?

My original idea was for the below self-love/self-confidence ultima:

@subliminalguy mentioned that Khan St1 (and I AM) are great for rebuilding beliefs about one’s masculinity (I’ve been struggling from underlying “not believing” in my masculinity despite being muscular).

Would it be a good idea to switch out something like Rebirth for I AM? Or is ultima with both Blue Skies and I AM too much?

Ultimas are even more personal and ‘of-the-moment’ than Customs.

It’s about you and what you are ready for at this time.

I’m just pasting this here to help me or anyone else to think about it.

I AM
A powerful breakdown module, a part of the well known ST1 of Khan – Total Breakdown. It will break down your negative beliefs, emotions, traumas, thoughts, and behaviours and make you more congruent with who you truly are. Furthermore, it will provide a strong push towards discovering more of who you are and what you need to do to become an individual who lives fully in his power. You will also stop defining yourself by your past, present or future, and become able to live in the moment in the fullest expression of you.

Blue Skies
Originally not intended for release, Blue Skies is a profound module allowing the user to glimpse the hidden depths of reality, the secrets about himself he might have been hiding, develop his concept of “Love” – any kind of love, such as unconditional or romantic, and any type, be it internal or external (such as self love), as well as using such seeing beyond the physical veil to take the user’s cognitive, artistic/creative and spiritual abilities to the next level. Now available and useable for the public, Blue Skies can give your subliminal a distinct take that will push your growth continously.

Combined together what these two say to me is Deep Transformation. I would call them METABOLIC

It also gives me Twelve-Step vibes. If you’ve met veterans of the 12-Step Process (Alcoholics Anonymous, etc.,), they are some modern-day, on-the-ground mystics. But no bullshit. Getting wisdom the hard way. From some of them you get this kind of ‘Real Deal’ feeling. Like ‘I’ve seen the shit, and I’m here to talk about it’.

Anyway, these two modules together kind of give me that feel. Like if you’re really tired of the bullshit and ready to build something better because you just don’t give a shit anymore. It’s both a tired feeling and an energized feeling at the same time. Tired of the ego shit. Energized by the life shit.

So, I’d say that if a person is in that kind of a space, these would be good to run. But if you’re still in the fun and games kind of mind-space (which can be okay too), maybe hold off on them.

I wonder if there is an element of fear with regards to actually taking “I Am” seriously.

That’s a really good and yet slightly disturbing question

It’s always like this. On the other hand, the alternative sucks.

Staying in 3rd grade for the rest of your life.

haha. Like how blasé I said that. Like I wouldn’t be the first person pissing myself every time there’s another evolutionary jump. Scare the hell out of me. That’s part of the value of the Naturalizer module. For someone like me (really wants to grow, but also afraid to grow), that module is a life-saver.

Thank you for this great breakdown.

I feel like New Beginnings could also be a part of the aforementioned deep transformation.

Will probably read the descriptions over, meditate on the proper choice then go out and build it

is Sex and Seduction light weight enough to be an ultima product ?

@SaintSovereign and @Fire would be best to comment on this

What about Ascension, Sex Mastery, and/or Ascension for Women in Ultima?

I still don’t understand the whole concept of New Beginnings specifically as to Imposter Syndrome. How can anyone be a fraud? Either you know something or are skilled at it or you don’t. I’ve always understood frauds as people that are fake. Trying to be something they aren’t such as the common definition on Reddit for “Nice Guys”. To me that’s not an impostor but an entitled douche canoe

Was just thinking aura module/focused arousal and aura of craving might be a workable ultima stack what does everyone think ?

Check this lady out. 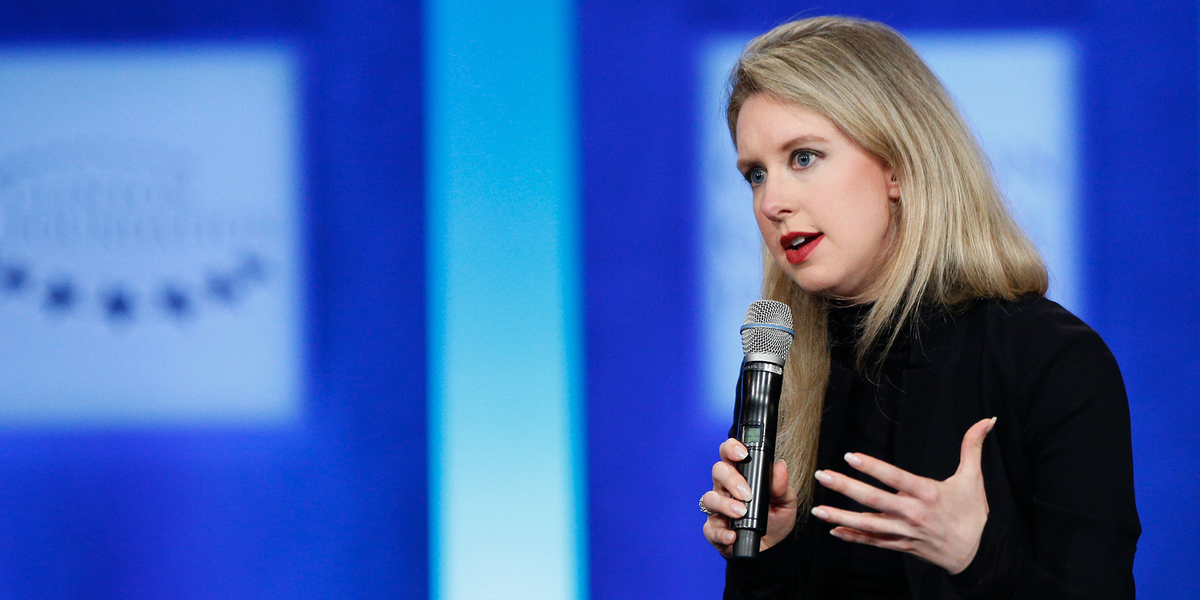 With HBO's "The Inventor: Out for Blood in Silicon Valley," our blood-lust obsession with Elizabeth Holmes — and scamming culture at large — grows even deeper.

@King Good point. I forgot about her. I tend to think of Televangelists in the same way. Especially those that spout the so called " prosperity gospel ". I am choosing my words incorrectly. Obviously there is a difference between a fake and a fraud but they can blend together. What I don’t understand about people such as Elizabeth Holmes is how they don’t think they will be found out at some point? I guess it takes an insane level of delusional self importance

I still don’t understand the whole concept of New Beginnings specifically as to Imposter Syndrome. How can anyone be a fraud?

It’s all about narratives. Verbal and nonverbal stories and messages that shape the ways we see the world and ourselves.

Human beings love to say that we’re all about reality; but the truth is that we’re mostly about narratives.

Every culture—family culture, political culture, national culture, and so on—is basically a narrative producing factory. And most of the great struggles of human history are actually rooted in contending to have the power to shape and control narratives. We generally care much more about that than about almost anything else.

Our most significant feature as a species is our BAB (big ass brain)—especially the prefrontal cortex, and the brain deals in narratives and virtual realities.

You know that saying ‘the greatest trick the devil ever pulled was convincing the world that he didn’t exist’? Just replace the word ‘devil’ with ‘narrative’.

Impostor Syndrome is basically the Ugly Duckling story that we all live through.

We internalize various narratives, but we think they’re reality. And they tell us who we are, what we can do, our potential, and what we’re supposed to be and not be. Those narratives are largely inaccurate (or more accurately, they’re contrived and arbitrary), but when we try to move beyond them we feel that we’re the fake, because those damn narratives just feel that real.

Overcoming that crap is difficult and is an ongoing process. Some of us may be positioned a little bit more fortunately in our narratives than others; but in the end everyone gets bitten in the ass. It’s just the nature of the beast.

For now will leave the cores out of my ultima till i hear feedback that they work. I am referring to SS and SM.

James i think its more about “unplugging” from the matrix. Well thats how i understand blue skies.

Sometimes I wonder whether Saint and Fire are actually extraterrestrials who decided to create some tools for people willing to unplug from The Matrix.

Probably LOL are they based in America ?