Sometimes there were certain nutrients—physical, psychological, interpersonal, or experiential—that were deficient.

Ross Rosenberg likens this to having a “vitamin L” deficiency. (Love)

Healing and positive modeling. Or remove and retrain. Breakdown and rebuild. Sometimes a kind word from someone can show us where we lack.

Another thought that just came to me:

Sometimes confidence or so-called high self-esteem are based on having the ‘luxury’ to avoid or ignore your weaknesses or areas of growth. (This is probably the more common form of confidence during the first half of life).

That form of confidence is not something to be envied. It is brittle and is evidence of deficiency, not abundance. You’ll recognize because of its lack of humility or wry humor.

Ross Rosenberg likens this to having a “vitamin L” deficiency. (Love)

That’s a good metaphor. I was also thinking of that nutrient concept.

But I think that it’s not only ‘Love’ that can be deficient. There are actually many experiential, psychological nutrients. In fact, if you do receive love and care, but experience a deficit in some other area, it can be difficult to identify, and at first you may feel too guilty to explore it and find out what it is.

Precisely because you did experience that support and love from your early caregivers, identifying what your environment lacked may seem like blame or an indictment of them. But sometimes it’s that a certain part of you may have needed to be seen or heard (i.e., understood) in a way that your family could not quite achieve. Or it may be that there were not enough early experiences of overcoming challenges, or pursuing a passion, or developing mastery. And so on. Any of these areas of deficiency can accumulate over time and lead to the need for a certain type of healing.

I think there is a quick scene in the movie The Matrix when Neo’s body is first removed from the matrix. (I think it’s probably just 10 seconds or something.). The body has been sustained but has never received any exercise. It’s emaciated and atrophied. That would be a dramatic, extreme metaphor for what I’m talking about. He was supported and cared for (in a sense) but lacked exercise, challenge, resistance, etc.

I think that paradoxically this can happen when a parent is overly fearful and overly protective of a child. They love them so much that they want to shield and protect them from the pains of life. But they may not see how this is robbing the child of the chance to discover their own inner strengths, values, and drive.

That balance between protecting and empowering is a delicate one. Parenting is not some obvious, easy task.

I’m finding myself using the Ultrasonic tracks a lot these days, and in headphones (at reduced volume). This allows me to listen throughout the day while engaging in tasks and connecting with people.

Ultrasonics always require more of a leap of faith.

Actually, ever since that promotional e-mail from @SaintSovereign, (maybe a couple of months ago?) I’ve been playing Limitless for my son during the night, also Ultrasonic.

I’ve had a few ongoing passionate interests in my life:

To a lesser extent, language learning. But I suspect that may be a subset of the Music.

I have other interests (I think), but those are non-negotiable. There’s no off-button. Only a volume control.

Figuring out the strategies and the resources for the breakthroughs that you need to happen.

So many moving parts to all this.

The path from Kether to Malkuth.

When you are at your growing edge, pushing against/moving through your boundaries, equanimity becomes even more important;
because at that place of potential and uncertainty, every ascent can feel like new hope, every drop can feel like the possibility of defeat, and questions and doubts feel so much more powerful than they might really be.

Here is a crux of the matter:

Opportunities exist abundantly around you.

The journey is not to create them from scratch, but to learn to recognize and work with them.

The mood of today: stuck and discouraged

Note to self: it’s no realer than anything else

Take a step back

Then come back and kick its ass

Things that we would never do for one or more specific people, we are completely willing to do for the vague concept of Society or ‘People in general’.

How old is your son?

How old is your son? 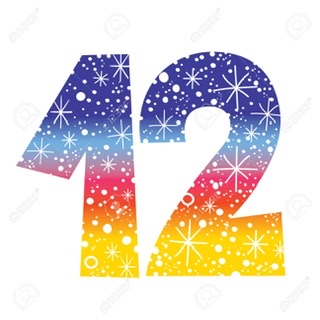 Do you plan on introducing to the sub world once he is 16 or so?

i’ll talk to him about it and let him choose if and when he feels like it.

There is sometimes an apparent spike of negative that happens in an area of your life that you’ve just determined to change.

This may be a sign of the overall transformation that is taking place.

I think it may be like when you’re in a musty, smelly room and you open a window to let in fresh air. You’ll first smell the bad smell that is currently in the room. That smell was actually already in there, but the influx of fresh air first brings a new awareness of the smell that was already present. It’s precisely because of that new, fresh air that you’re smelling the bad smell, not in spite of it.

Don’t be discouraged by this. Expect it. If you can manage it, even welcome it as a sign of the change that is underway.

Me right now, I am not quite managing to welcome it, but I do have the intuition that this is what’s going on.

Discouragement is essentially about prediction.

In the moment we often don’t see that. The feeling of discouragement hides itself and masquerades as being mainly about the past and the present. But it is essentially about the future. It’s a prediction about what lies ahead.

And like all predictions, it is never completely accurate. Defy it. Face the prediction hidden within. Call it what it is. Fear and guesswork. Process the fear. Honor the fear. It’s only doing its job. Trying to protect you. But do NOT accept its predictions nor its prescriptions.

Its prescriptions always come down to one: give up.

But discouragement does not deal in hard facts, and its predictions are not based in facts either. It only deals in one emotion: fear.

Accept the fear. Process the fear. Reject the prediction.

Once you work through and process the fear, the prediction falls apart, because there’s nothing else holding it together.

On a long path

Right in front of me

We are not doing the impossible

We are doing what we THOUGHT was impossible

In truth, this path to success is natural and easy

I’ve been led to renew my qigong practice. Over the past week or two.

Here’s one of his recent books: 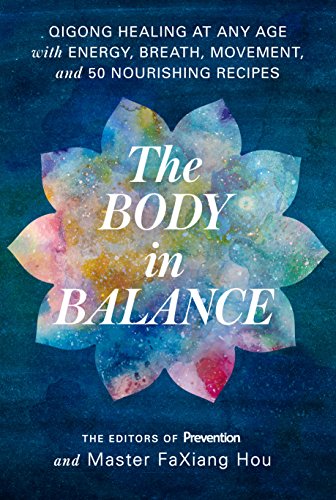 He teaches a form of qigong which is his family’s tradition over the last 5 generations, as well as various other practices that he’s integrated during his own life.

His family’s style of qigong is called 青龍三點穴秘功法. That translates to a kind of poetic name, but it really means the Profound Proprietary Method of Acupoint Triangulation.

I met him in 1998 when I went to a qigong workshop led by Master Hou on a college campus in the suburbs of Philadelphia. It was my first real exposure in life to qigong. I went in completely new to it, and I experienced qi sensations (in my case, I felt magnetic-like sensations, as well as pressure, heat, and cold, at various points). That was enough to get me very interested. He said that in order to truly establish a foundation, one should practice the exercises we’d been taught daily over a 100 day period. (It’s a traditional training period).

So, in 1998, I did that. I didn’t feel any dramatic changes from the 100 days, but I saw Master Hou some time after that. It had been a few months, and he seemed to know that I’d done it.

In 2017, I determined to do another 100 days of daily practice since it had been so long. So that was good.

But I never really used qigong for any specific health concerns. Now, I think I actually may need it for more specific health issues. I was in my 20s when I learned it, now I’m in my 40s. So that makes sense.

I’m not big on social media. It gets on my nerves so I don’t tend to use it much. So I’m always a little surprised in a ‘duh’ sort of way when I remember that someone or something genuinely interesting to me might be accessible through social media. I’ve been thinking of Master Hou during this health crisis and hoping that his qigong was keeping him healthy. Was going to look up his e-mail to send him a note, and then I noticed that he was on Instagram, and that he’s been making informational posts to help people out during this time.

Here’s one where he teaches a useful exercise: 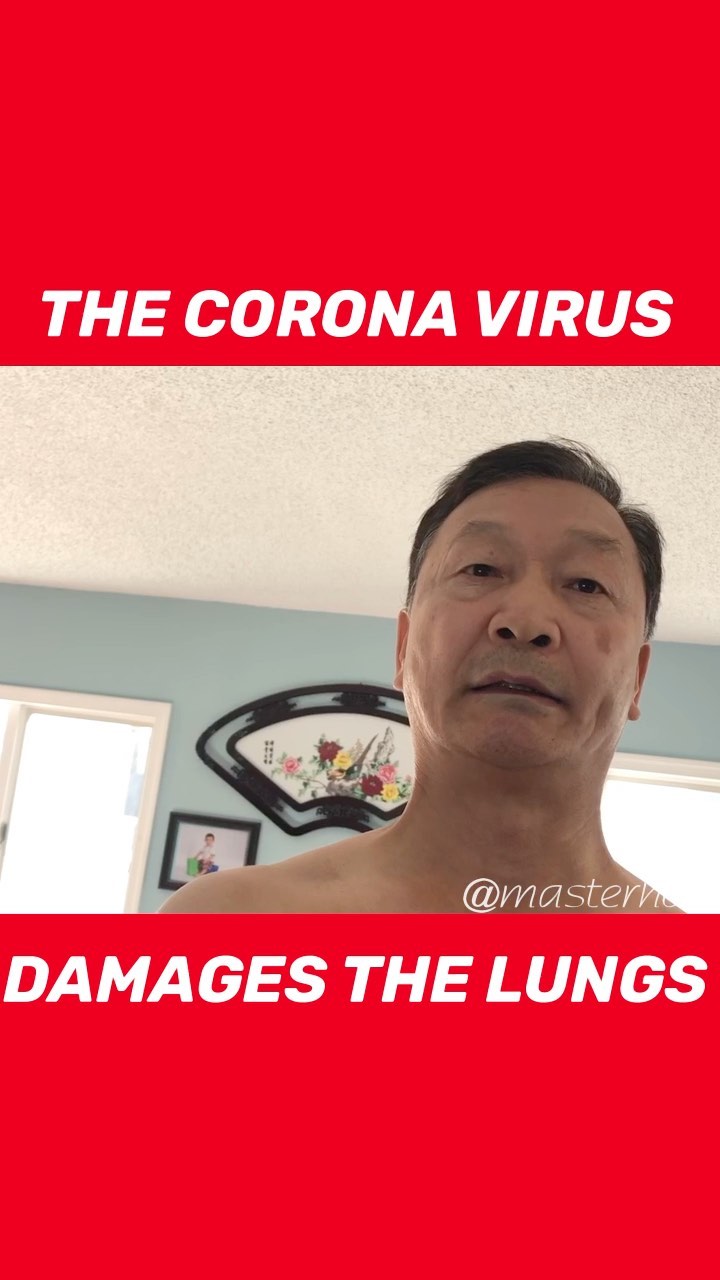 Master Faxiang Hou on Instagram: “This Corona Virus really effects the Lungs. We...

53 Likes, 6 Comments - Master Faxiang Hou (@masterhou) on Instagram: “This Corona Virus really effects the Lungs. We want to eat the right foods, and do this Exercise…”

Just keep in mind that he’s teaching in what is probably his 2nd or 3rd language. So, listen with flexibility.