I’ve used both since day release once a day for the most part, and Diamond Ultima when it was free for the first few days. I can’t give a thorough review of D Ultima since I’ve only used it once and I was drunk. However, It gave me a profound acceptance and relaxation and I feel zero shame about my sexual desires. Being tactful is still important though.

She just hit me up saying she can’t stop thinking about yesterday and asking why does she feel like this. The Ultima subs are real game-changers 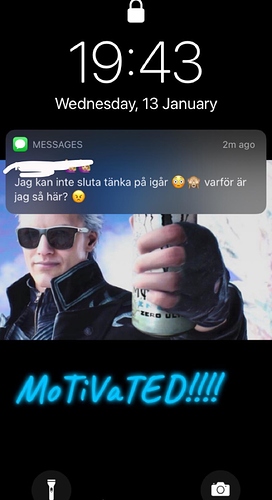 Translation plz? “Yes I’m a [Mod Edit: Let’s avoid that word] for you, why can’t I stop thinking about your diamond?”

Gosh what a simp

Which version of Libertine have you been using?

Wow… that’s the stuff. Thanks for sharing man

I use the newest one

They all fall for the Diamond.

Goddamn man good on ya. Well at least you give me a reason to use Libertine Ultima

Its been a week since the thing happened. Which i suspect many are curious about what happened after. I would be lying to say that i really wanted to bring even better news and thats why i waited a while to post this. I dont know many users here and i am not very active at times, still i remeber my old self finding about subliminals thinking its gonna be my secret thing to rise to power and get everything i want.

Seeing good results is always tricky since we always tend to over simplify it. I have repeated many times before how terrible life was for me having zero friends, self esteem and alone in a new country. Talking about this over and over can get repetitive at times, but i was truly worse than the average guy in every way.

What got me here is persistancy, curiousity and a blind fath that the world will give me whatever i want if i work hard enough and want it bad enough.

Sorry for the long cliché of a cliché story. But its important to put things to perspective. And now i can post my results thoughtfuly and logically.

While unreal as it is, its doesnt elevate her in anyway more than the next person im talking to. I wasnt sure where this is going and didnt care… so the frame was simply if u want me come get me!

She asked me to come bowl with her and her friends. But i said no since i dont know any of them and because she made it look like im going there as her buddy. She kept asking and i kept saying no.

Next day she asks me come to her place, and that she will leave the city soon. Fine by me…

I go to her place, we cook food toghether and she seemed way more ” her ” compared to how she was at the party. She has an adorable and funny side that really impressed me and made me happy im there. Then again she did tons of teasing with that ” what are you going to do about it look ”

We had sex again and it was even better than the last time, this time i lasted far longer and went even harder. I could not stop and i didnt want to. It lasted over an hour and she came over 8 times but then she suprised me and started begging me to finish inside her and fill her up. I didnt let that happen and came down her throat.

After that she started acting like a kitten, laughing and kissing me… hugging me and saying shewont let me leave like last time… that felt amazing… she is truly amazing… i have never been with anyone as put toghether as her. At least as far as i know.

I stayed over and we had sex the morning after. We have been texting way more now. Diamond made the sex and the sexual tension way too intense… i just cant get enough and it feels better than ever.

bravo , congrats …its funny with you give women really amazing sex they become putty in your hands .