Informative Thread For Discussing, Elaborating and Expanding on Topics Related to the Unconscious Mind

Why is everyone always so focused on material needs? The purpose of life is to find your True Will and focus all your energy into it, heaps of money will come in the process.

But to answer your question, yes you can manifest to win the lottery, but think about it for a second. How many millions of people are trying to manifest the lottery at once? All of those people are trying to manifest the same thing and thus is will take a great amount of energy to actually win. This is why people that fuel this manifestation there whole entire life, eventually get to win. They just keep buying tickets, knowing that eventually they’ll win sometime and thus they’re fueling that thought-form.

It is way more interesting to fuel a manifestation of your own then tamper with thought-forms like winning the lottery. How much do you win from the lottery? A few millions. I guarantee you, if you know how to manifest and direct all that energy towards one goal, you’ll be a millionaire in a year or two. In any case materialistic needs are a distraction, there’s literally no reason to have money that you cannot spend while there are people out there suffering from hunger.

Tonight I actually dreamt about you or @DarkPhilosopher giving a very similar answer to my question, which is kind of scary…

Thanks for the clarification. I guess I was confused because I was looking into the Unconscious as defined by Carl Jung, but I don’t think he talks about the Higher Self or Oversoul. So it’s like there is an overlap of ideas that caused me confusion.

Analytical Psychology and Magick are two halves of the same coin – the one is incomplete without the other. In fact, a large percentage of ancient magical knowledge is being rediscovered and renamed by today’s psychologists for modern times.

There is a widespread belief that psychology has lost contact with real human experience, that there would be no point in asking it to solve major human problems. After Sigmund Freud and his peers arrived on the scene, the clinical model of modern psychology methodically discarded any notion that the human soul was spiritual in nature. Why is the science of psychology incomplete without magick? Because it doesn’t go far enough-it analyzes human thought, motivation, and behavior, but not the human soul. It is “soul-less” and sterile. You won’t find the best descriptions of the human condition in a book on psychology. Look instead to literature, art, poetry, and in certain passages of the world’s holy books:

It is to the literary world, not to psychological science, that you go to learn how to live with people, how to make love, how not to make enemies, to find out what grief does to people, or the stoicism that is possible in the endurance of pain, or how if you’re lucky you may die with dignity; to see how corrosive the effects of jealousy can be, or how power corrupts or does not corrupt. For such knowledge and such understanding of the human species. Try Lear, and Othello, and Hamlet. As a supplement to William James read Henry James, and Jane Austen and Mark Twain. These people are telling us things that are not on science’s program.

Not only is modern clinical psychology detached from the humanities, it is divorced from spirituality. Throughout history humans have forfeited tranquility, comfort, and sometimes life itself for spiritual motives. Spirituality is important to our health and well-being it is so much a part of us that trying to understand human beings without it is like trying to study fish and omitting the fact that they live in water. Unfortunately, many psychotherapists have done just that, persuading themselves and their clients to believe that the spiritual portion of them either does not exist or is irrelevant. Psychology and spirituality should not be separate entities. It is time to tear down the artificial walls that divide them. The various schools of magick and their extensive teachings comprised an enormous body of wisdom that was the forerunner of modern psychology. The ancient art of magic can give back to the modern science of psychology that which it has so unwisely neglected-a systematic practice for addressing the spiritual factor in humans, in a manner that is in accord with modern psychological principles. One of psychology’s founding fathers, Carl Gustav Jung, was aware of this even if some of today’s psychotherapists have forgotten it-a sign hanging above Jung’s office door read: Avocatus Atque Non-Avocatus Deus Aderit ("whether or not he is called, God will be present). Since the goal of both magick and psychotherapy is the well-being of the individual, it is only natural they become re-acquainted with one another. Contemporary psychology must transform itself to include a more holistic approach wherein the physical, psychological, and trans-personal aspects of the individual are all seen as interconnected, and humanity’s need for healing, spirituality, and guidance is respected. If psychology can be compared to a dictionary of words in a specific language (the human psyche), magick can be compared to a book of poetry that makes those words come alive with meaning and relevance in our lives (psychological/ spiritual evolution). Now that we have reprimanded modern psychology for its shortcomings, we can explore some of the monumental contributions it has made to the understanding of the human mind. From there we can explore how psychotherapy and magick can come together to the meaningful enrichment of both and, more importantly, for the benefit and welfare of the individual. 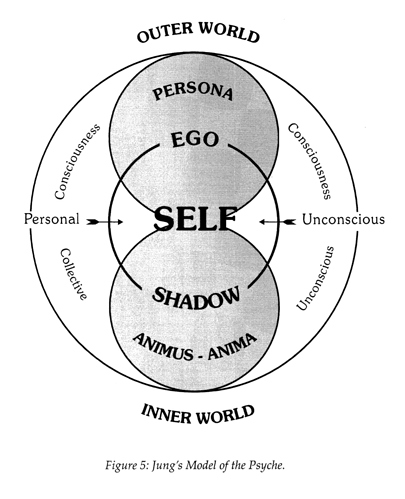 Are you familiar with Concept Therapy by Dr Thurman Fleet?

Haven’t heard from Dr Thurman Fleet before. Thank you for the suggestion though, I currently have some piled up books that I’d like to study but after that he’ll be next in line. If I pick-up anything interesting from it, I might post a conclusion here in this thread. I’m always interested in discovering new knowledge and information from intelligent psychoanalysts and meta-physicists.

Because every disease under the sun is connected to the subtle bodies and can be solved in either one. For example a disease manifesting itself in the emotional body stores itself in the physical body and so on. Everything is connected.

He taught that 99% of disease that manifested in the physical body was due to concepts in the subconscious mind (hence Concept Therapy), which is why I think you’ll love him.

Amazing post, thanks again! I’ll be much less confused in my personal research now. I totally agree that science really limits itself in this area.

Btw I got an email notification of your post at 4:44 AM

Number 4 resonates with the vibrations of the Archangels , practicality and responsibility, productivity, illumination and initiation, bu...

A translation for you.

By this law – first conceiving an idea and then impressing the idea conceived on the subconscious – all things evolve out of consciousness; and without this sequence, there is not anything made that is made.

@Hermit‘s post from 4 days ago elaborated the significance of the repeating numbers of 444.

I just noticed that my original journal is at 444 posts and my Terminus Meditations journal is 44 posts. 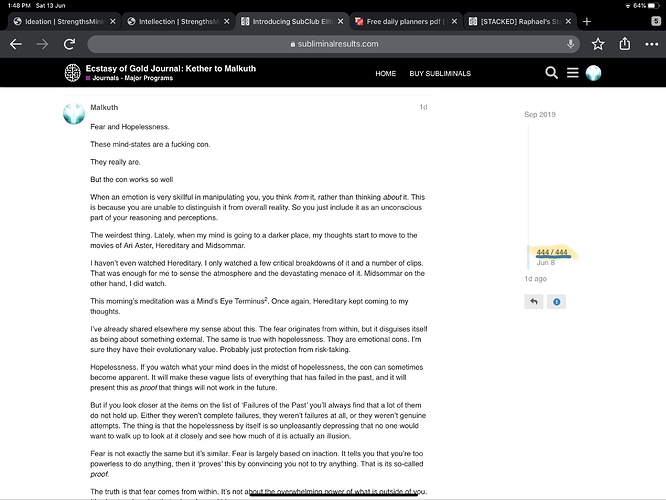 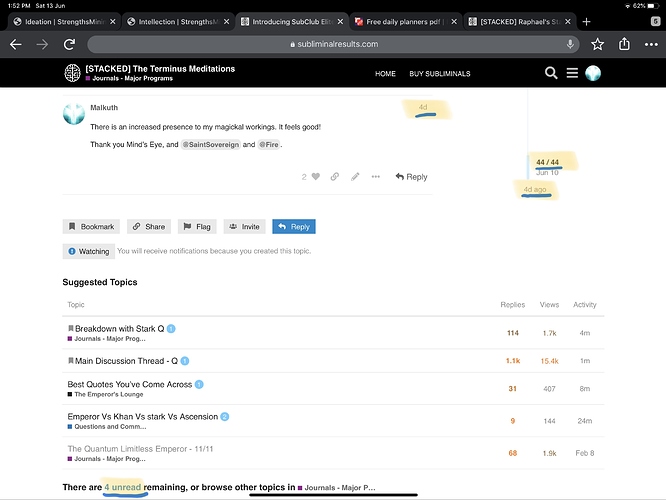 A lot of 4 energy today.

The subconscious does not originate ideas, but accepts as true those which the conscious mind feels to be true and, in a way known only to itself, objectifies the accepted ideas.

Okay I’ll see myself out now…