I know the empire begins with the hypnosis stuff I’m doing. It’s just that whole “Doing the responsible” thing that’s tripping me up. The job I’m in is driving me batty. I should likely find something else to do until the empire is built.

As much as I love the results I get on SC subs, I have a hard time wrapping my head around the idea of just quitting and trusting the universe.

This came up on my FB feed:
(and it totally is how most of my work days go lately)… 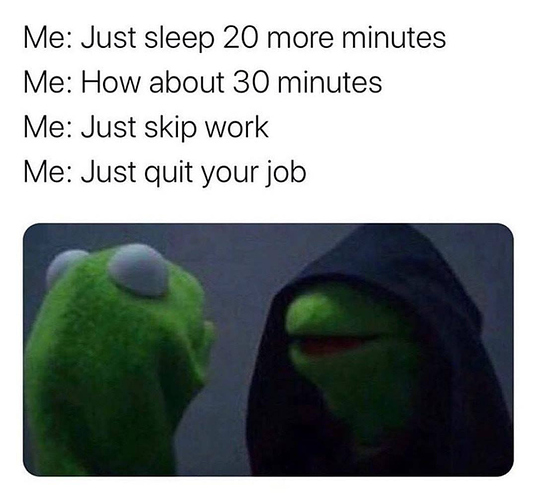 Lmao. The accuracy is amazing

As much as I love the results I get on SC subs, I have a hard time wrapping my head around the idea of just quitting and trusting the universe.

I feel you man. As much as I keep complaining about my current employer, I also feel that I need to stay until something better comes along. I too find it hard to just leave it all up to chance.

Oh man, if just quitting my job was that easy…

Oh wait… It is easy. It’s getting another source of income that’s the issue. At least for me, that is. 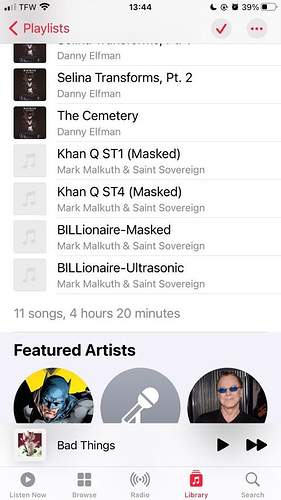 for the playlist, I skipped the Batman music and went right to subs when in bed
Disregarded what the SubC said about ST2 and ST3…this ST1/ST4/BILLionaire stack gave me a strange dream:

My aunt and some other family and I were moving “up north” somewhere.
Not Canada…but up north from where I was in the dream.
I waited until the last minute to pack, so all my stuff was in a very large trash bag which there’s no way it’d fit on a plane.
But I was like “Eh, we’ll figure it out.”
Seemed mostly like clothes
My aunt was pissed and said “I’m not waiting for you. I’ll be on the plane, if you make it, fine. If not, fine”
I remember in the dream I lived with my dad and was moving away from him.
He plays a part in a lot of my sub-fueled dreams it seems
Once we got there, I remember thinking the house is a replica of some house I’d lived in before or knew from before.
It had a dirt- and leaf-filled pool in the back. That was the most exciting part for me. “I’m gonna clean the pool and fill it up! It should only cost me an additional $100 each month to keep the pool going”
$100 is probably far less than what it would in reality.
That’s all I remember.
I think this house may be one that I keep dreaming about…just different parts of it.

So I’m not sure if the SubC was “doing right by me” by suggesting ST2 and ST3 when I used the pendulum. I come back to that idea of “You can’t solve your problems from the same mindset with which you created them.”

Maybe the SubC genuinely thinks that ST2 and ST3 are worth listening to if they will “hurt less” then the Total Breakdown.

I sometimes forget that my BILLionaire custom has both EoG1 and EoG4, so it’s got whatever the EoG equivalent is of the Total Breakdown idea (regards to money/wealth).

I feel like this is a good stack to use as it generated way more symbolic dreaming than I got on ST2/ST3 of Khan.

Stack when I went to bed: 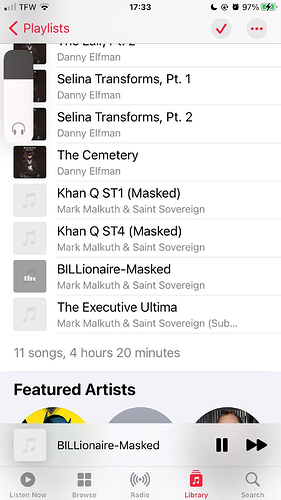 No dreams that I remember.

I woke up this morning to feed the cat, then went back to bed.

Changed up the stack a bit: 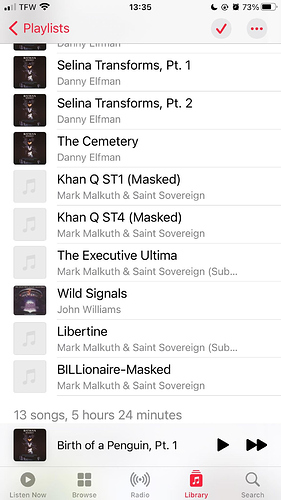 I started in with “Wild Signals”…This is the music from the scene in “Close Encounters of the Third Kind” and the humans are the Mother Ship are first “conversing” with the music.

Dreamed about the SAME house from the dream in the last post. But saw more of it and realized it’s a sort of “duplex” unit, and my friend from Australia is in the other half. He and his wife.

I then tell them “Wow, I guess I’m in Australia!”

At one point, he and I are walking through my part of the house, and there is a tiger in the room, and he’s trying to keep it calm and that isn’t’ working.

I grab a pillow and put it on the tiger’s head and start rubbing the tiger’s head through the pillow. And scratching behind its ears. I tell my friend, “It’s a cat, cats LOVE being scratched behind the ears.”

The tiger lays down, purring, and I motion for my friend to go out of the room. When the tiger is very relaxed, I then bolt for the door. It’s a screen door, and I shut it just as the tiger makes it to the door growling.

Tiger then curls up in a ball and goes to sleep in the middle of the floor.

There are lots of other dream parts that happen before and after this, but the important part seems to be when I somehow later find myself back in this room. The tiger is nowhere to be seen. Just a beautiful blonde woman. Literally the most beautiful woman I have EVER seen.

I say something, and she says “I’m the tiger.” Then she goes on to say something along the lines of “You freed me” or “You changed me”.

Later, I find myself in what seems to be a sort of mating ceremony. Tons of guys such as myself in a different chair, holding shapes cut out of filter paper. Like coffee filter paper.

The idea is that each woman will randomly pick a shape out of a container and be paired with whichever man has the shape she gets.

My blonde woman is there and picks my shape.

She comes to my chair and we start kissing passionately.

At some point, I am on stage telling the other guys it’s OK to have sex with whichever woman they get. Then I say “Hell, I had sex with my woman already last night and came inside her! It was GREAT!”

At first I have her kneel so she can give me head.

Right as she starts, I think “This isn’t fair to her. She deserves a baby like every other woman.”

So I have her stand up, and we start kissing and then have sex.

This is the closest I can think of to her hair. But imagine double the length, and it’s blonde. 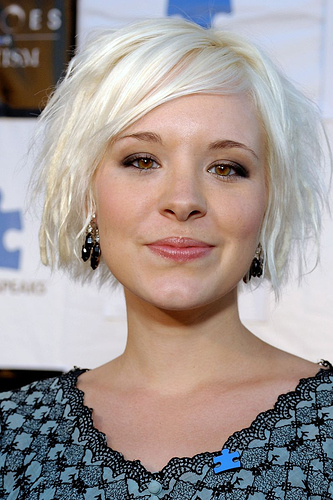 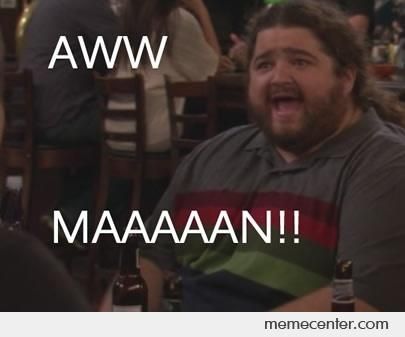 Are YOU The Blitz?

I FINALLY listened to the OG Supercharger version of Libertine just now.

LOVE her voice. Her saying “pure primal sexuality” and “The place between your legs” and I’m like “GIMME HER NAME!” lol

Yeap that supercharger is powerfull as hell, i alway enjoy listenning the og superchargers

Last night, in bed, I had that play twice, followed by my MP3 I made to get to sleep faster, followed by KhanQ4 and then LibertineU.

Dreamed I was in a place with lots of hallways. I dreamed about this place several times before, including the dream about the house and the tiger. I just didn’t focus on the hallways so much in that post.

This one, I was walking around feeling very down about myself. Including lying down in the middle of these hallways and curling up in a fetal ball while people walked all around me.

I saw Geordi LaForge (the character from TNG, not the actor who played him) and was telling him stuff about the Enterprise-D even he didn’t’ know, and I was surprised saying “It’s in the 1701-D tech manual!” and he was confused. I realize how that Geordi wouldn’t know about that since it isn’t an in-universe thing.

Another point, I ran across a woman I knew in my Navy days, and we still talk on occasion. I always thought she was cute and would be the perfect girlfriend, but never pursued since I was already married at the time.

In the dream, I saw her, and fell in love and was talking to her. Woke up before things could get serious (my cat was being an asshole crying for food earlier than usual).

That is one of the reasons why I don’t have pets. Even if my kids keep asking for a dog, I always say no. I have too many things either keeping me awake and/or waking me up as it already is.

Wife loves them lol. I love them too. But they don’t have any sense of “Wait a few minutes.”

Same thing with kids. Lol.
Me and my wife love them, but they have a bad sense of time sometimes. Given that, why add more problems? Lol

I took care of that a few years ago. Short of more surgery, I won’t be having any more

I’ve been listening to RebirthQ on loop all day long.
I feel better than usual for the most part, but a “random” few memories just popped up.

When I was a kid, I really wanted to be a scientist/inventor type. Total geek stereotype. I was always talking about my ideas for inventions. Some members of my family were annoyed by that, and more than once said “Take that crap somewhere else!”

Sitting here, when that stuff started coming up, I realize they never said the same shit to the other members of the family who were droning on and on about sports. That stuff was MORE than OK to talk about, but anything I talked about in regards to science or my invention ideas, they acted as if I’d tried to murder their pet gerbil.

And at least a few of them will be the ones who suddenly LOVE me once I’m wealthy. Fuck them.

And at least a few of them will be the ones who suddenly LOVE me once I’m wealthy. Fuck them

Yep. I guess there’s at least one person like that wherever you go.

I’ve never listened to Rebirth this much since I bought it over a year ago. I guess that’ll change.
Might just loop it all night while I sleep. The way things are going, I got not much to lose.

Was at the store with wife today getting stuff for Thursdaygiving.
2 separate chicks seemed to be eyeballing me.
quick glances…masks on so of course can only see their eyes.
but damn if their eyes weren’t fucking smiling.

I’ve settled on the below screenshot as my sleep stack but may include LU V2 in there somewhere to see how that meshes with the “lustful energy” of V1. I imagine I’ll probably bookend PS with V2 in front and V1 at the end.

This stack has led to some profound “healing” and “releasing” dreams. I dreamed about my stepdad a couple nights ago, seeing him in a Walmart-like store but much larger. He died in 2001.

I covered up the artist name for the “Sleep” audio because I made that, and my artist name is just my web URL lol. Didn’t want to give the impression I’m trolling for customers or anything. 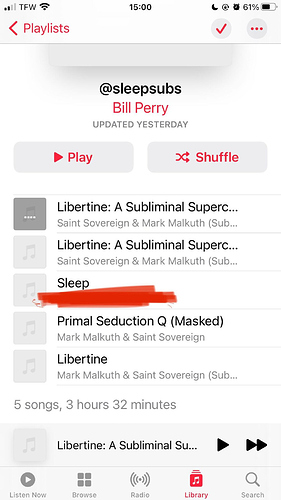