I forgot to add, I decided to include PCC in the mix. So it’s BILLionaire(Terminus), StarkQT, and PCC.

I know Stark has some form of PCC in it already, but given what we talked about on your journal, I think it’s good to really dive in on that one.

AscMogul+Limitless was like a nuke that just kept going off and wouldn’t stop until I got done what I was doing.

I probably would try the AscMogul+Limitless with Sanguine…but I don’t own Sanguine yet.

Since I FINALLY bought Regeneration, I’m trying out an experiment I’ve wanted to try for a long time:

see ya in about 2 hours! lol

You are going really deep with this stack!!

I got interrupted about halfway through Khan1, so just started it over.
Once I got about halfway through it again, and while reading the chapter on Cato the Younger in the book “Lives of the Stoics,” I started to “randomly” think of people in my life who have power and authority over me (or think they do), whether it’s baseless or not.

Slight bit of anger over some of it, but it faded fairly quickly.

I’m about halfway through Regeneration now, not noticing much on Regen yet, but I know it’s early days.

My daily stack will continue to be BILLionaire, Stark and PCC.

I just want to add in these little “Experiments” to see if they add to that stack or take away from it.

As I wrote on @Joa93’s journal, I am taking steps to increase my “value” to my wife and others in my life.

Kinda tired of being the empty trash bag that gets blown around in the wind. Time to be the wind.

I’m about halfway through Regeneration now, not noticing much on Regen yet, but I know it’s early days.

That one is a very sneaky sub, it waits till you are not looking and then the purging begins.

Kinda tired of being the empty trash bag that gets blown around in the wind. Time to be the wind.

Thats sounds great! Theres a couple of NLP stategies that are awesome for self value and self image.

What’s the other one? I’m familiar with NLP, but sometimes I know patterns by different names, since I’m 100% self-taught from books and videos. Never made the effort to pull together enough $$$ to go to a live training.

Its important to do this in tandem with the swish for enhanced results.

•Make a list of the people you percieved as higher value than you, it doesnt matter if you percieved it that way or if they percieve to be higher value than you.
•Rate your people from 1 to 10. The higher the percieved value difference, the higher the number. (10 should be the scariest one).
•Resist the urge to start with the higher number, start with the 1s and 2s, work your way up. (This is very important to create trust in the process)

•Watch the person you chose, doing what (s)he does when you feel less valuable.
•Imagine your hands in the person shoulders and with a quick movement, make the person as small as you can (below knee level)
•Now watch the person behaviour being that small, and pay special attention to the voice sounding really funny, like a cartoon character, listen to the person saying the usual shit but in the new voice.
•Repeat with the same person in 3 to 5 different contexts, until the changes generalizes.
•Now imagine you grow so high you can walk the streets as big as the biggest building, 20 stories high or more, looking down at everything and everyone being sooooo small, notice how this makes you feel and spin it so fast and so big it overwhelms you.
•Do the next person when you want to.

I do both things with people with self value issues and when they are done, they throw lightnings through their eyes. I make sure to heal any trauma related to their self value first, but subs are taking care of that for you.
Anyway there are some powerful trauma healing strategies in NLP, you surely know some good ones.

I forgot to put PCC in the stack when I went to bed. I got BILLionaire and StarkQT though. I alse bookended the stack with KhanQ1 and Regen. I remembered reading in journals that Regen after a sub will focus Regen toward the aims/goals of the user and the content of the previous sub.

I’ve found I can listen to BILLionaire 2x-3x so far in a day without any noticeable ill effects. I’ve only done so spaced out. I’ve yet to try it right in a row. That will happen soon. I figure I’ll just set up a loop of 10x and see how far I get through that loop before I feel icky.

As for effects from this stack, I had yet another “Back in the Navy and on submarines again” dream. The pattern still seems to be holding that these dreams seem to result from listening to Breakdown/Healing subs.

The dream itself was nondescript. More of the same “I’m back in the Navy and I have to relearn all the submarine stuff.” I did 11 years as a Submarine Communications type person (formerly called a Radioman). In this one, My buddies are on the sub and I have to ask what the combination is to get into the radio room.

Not much else to report on that.

I suspect these dreams coming up with the healing/breakdown subs means I should keep listening and push through. But damn if those don’t get annoying at times.

I will keep Khan1 and Regen in the daily runs SOMEWHERE, but my main focus is still going to be BILLionaire+Stark+PCC. 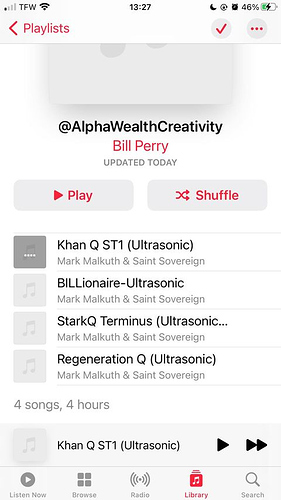 Turns out the babysitter is the singer Jewel (my main celeb crush). Before we take the kids to her apartment, Wife says “Are you SURE you can handle seeing her in person?” I tell her I’ll be fine.

We meet, and of course, we’re doing the “We’re such big fans” thing…Wife says “I introduced him to you rmusic, but HE’S the real fan if you know what I mean.”

I tell Jewel “Yes, I think you’re beautiful. But I love your music, too.”

While Wife is telling the kids to behave, Jewel and I go for a walk through her apartment. And she’s like “So what is it you like the best about me?”

And I said “Your smile. I’ve always loved your teeth the way they are.” (It’s a big thing where people keep telling her she needs to fix her teeth, but they’re dumbasses.

Anyway, wife and I are on the date and it turns out I have some sort of tech-based government job…sorta like I am the Director of my own Fringe sciences department (like in the show “Fringe”).

We’re watching some sort of play or musical…and one of my agents brings me a super-secure laptop to sign in and see some situation that’s unfolding. After I leave to go investigate, I’m in the lobby of a hotel with the other agent, and we’re following some clues.

We eventually find out my brother (exists only in this dream) had hatched a plot to do something, I don’t even remember what. It was him acting out some revenge plot against me. I remember his right eye is suddenly covered over like it’s just skin, and I’m like “What happened?”

I end up somehow blasting him with some sort of energy weapon to stop him. I remember feeling horrible as I was doing it, “I’m killing my own brother but it’s the only way to save everyone!”

Later in the dream, I find myself suddenly in the future (merely as an observer of the dream now). And Wife had apparently died at some point, and Jewel and I got married. I saw Older Me comforting Older Jewel because she was sad about something.

Suddenly I (as the invisible observer) see Older Wife standing in the doorway. This part is playing out like a scene from a soap opera. Apperently Wife didn’t actually die! She either faked her death or maybe it was one of those things where she got amnesia and lived elsewhere. It’s apparent though that she’s PISSED seeing me with Jewel as my wife now, having thought she was dead.

After that, there were dreams about a house I lived in, and people were coming and going. Seems like I was moving out but it was taking too long for my liking. That dream is very hazy.

I am pretty sure I dreamed about Jewel because right before sleep, I watched an Instagram vid of hers she just posted singing a song to commemorate Tony Hsieh. I didn’t even realize he’d died until I saw her sing that. She sang “Somewhere Over the Rainbow.”

I found that I sleep way longer if I have a bedtime stack and even longer if the stack is long.

so I’ve gone to bed with only ultra subs playing from my phone so wife can hear them too. Mainly EoG and MET2.

Definitely sleeping less time when I don’t use headphones.

I ran across this today on Facebook. It made me laugh, but it is also true. 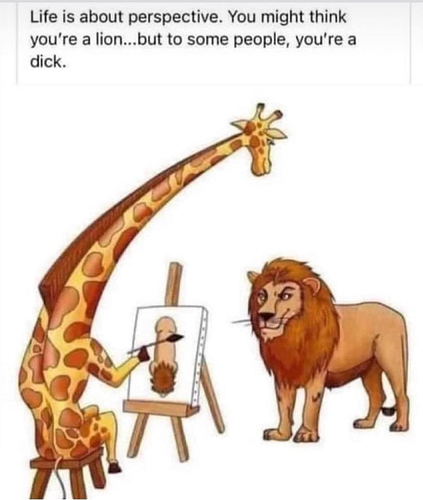 Since the Stack Recommendations article is live now, I set up a structure (hopefully) staying in line with the recommendations. Still sticking with BILLionaire, Stark and Ascended Mogul as the 3 Majors.

Stark will be Q strength except for Day 5 where it’ll be T for just those 2 loop per week right before the rest days.

someone should win an award for creating that

I would have been satisfied with the image alone. then they added that caption and took it all the way home.

I listened to Executive Ultima first today and then BILLionaire 2x followed by AscMogul 2x.
Somewhere in the 2nd loop of AscMogul, I suddenly got hit with a wall of apathy and self-doubt.

I’ve never got any sort of reconciliation 2 days into a stack. I think I’ve found a good one.

This stack is 30 days as measured by how many days I run BILLionaire (basically all 5 of them each week).

How would you summarize your first 7 weeks with BILLionaire?