So how would you recommend the superchargers be used? You mentioned they were meant to meditate with, but you also managed to cut them down to 12 minutes after all instead of the 20 you indicated earlier. If they contain a “wake up” part at the end, it would be disruptive to a longer meditative session.

So how does it work?

Ah yeah my bad, I forget to clarify a lot of my info.

I’m going by the more “recent” description of dimensions where they’re sorted as such:

Reason being I’ve considered the possibility the “subtle bodies of man”, and that model is compatible with the more “recent” model of the 7 dimensions.

Though the model is flawed in its own sense, particularly 1D and 2D being separate from 3D. I mean maybe it’s not flawed, but to my own limited understanding that part of the model is what’s got me having question marks lol.

But yes the more traditional model is that the astral body is the 2nd or 3rd as you’ve said, I’d prefer to go with the 3rd. Some say “etheric” comes after astral, in my own personal experiences, etheric comes before.

Should’ve clarified since I wasn’t using the more well-known/rooted model of the dimensions. I guess you can say the 7 dimension model is more “new agey” and I know new age tends to scare people away but I’ve become quite open minded to exploring it lately.

Bad news: Alchemist may not release until later this week, and we’re going to push back the release of the rvX manual for about two weeks. Blame @DarkPhilosopher for giving us an idea based on his experiences with the manual that we just couldn’t turn down.

Good news: rvX will now release with something better – a guided audio track that takes you through an entire remote viewing session with minimal ease. We worked nonstop this weekend on it. The script is finished and is in the hands of the voice actress. The session should be around 30 minutes, and you can use it over and over to practice and build up your skills. Once you feel comfortable with rv, you can then proceed to the rvX manual, which is much more comprehensive and will teach more advanced skills.

Why did we come to this decision?

Well, it was pretty obvious from the start that the rvX manual was a bit too difficult for an absolute beginner to pick up and do a session within a day. With the guided session, you’ll literally be able to do your first session within an hour. With daily training at around 2 sessions a day + listening to rvX diligently, @RVconsultant believes we can cut a year worth of training down to 5 weeks.

I tested the system last night myself. Keep in mind, this wasn’t even an optimal session – I was reading the script aloud, looking and correcting errors, AND trying to do the session. My results? 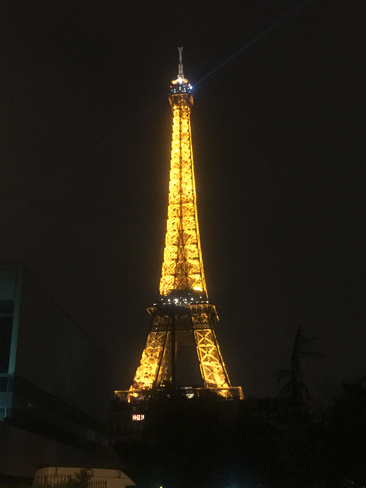 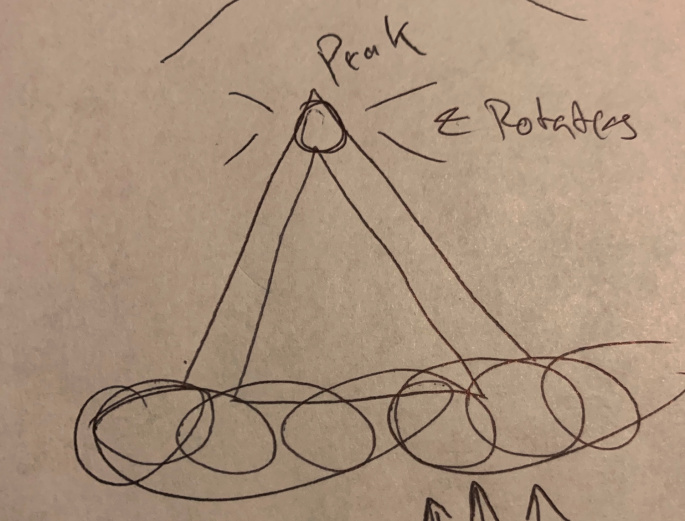 Not too shabby, considering the fact that I picked up on the rotating light at the top of the Eiffel Tower. The whole process was MUCH different than I expected. I didn’t have to go into some deep trance – I simply had to focus on the script’s instructions and the images just started flowing. I can tell you all now, it’s much much different than what you’re anticipating. The whole thing was so… “easy,” for lack of a better term. I didn’t have to force anything. Just let the mind do its thing.

I’ve been reluctant to post things from the private test because I didn’t want to turn this into some kind of “leaderboard,” but one person – and if they want to claim credit, they can – got a remarkable result using just the manual. 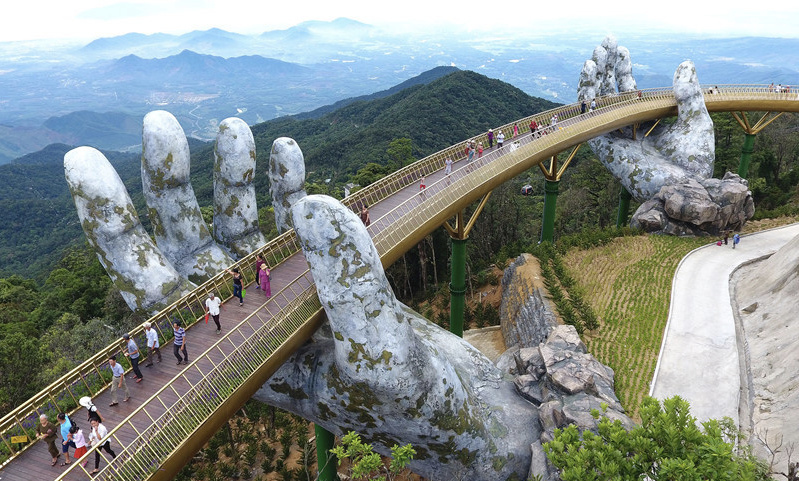 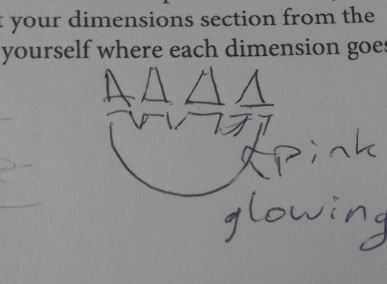 You can clearly see that he picked up on the most unique structure – the hand – which in remote viewing lingo is called the “gestalts.” He even managed to see where the bridge is being held.

Some people are going to hate and say that this is unremarkable, but you’re talking about two individuals who have never attempted this before, and one who was largely skeptical about the whole process. As a first attempt, I’m quite happy with what came out, and with practice + rvX, I’m sure we’ll start seeing crazier things.

So how does it work?

There’s a wake up part at the end that will disrupt a longer meditative session. It’s a bit unavoidable, unless I make the tracks have 10 minutes of silence, but I don’t actually think that’s going to assist you in the overarching goal. We’re trying to make energy cultivation easier by using profound, yet easy to remember imagery that’s proven get a result. Once you have that skill down, you can put on your own music and use the same imagery for long meditation sessions. If there’s enough demand, we’ll release an extended track.

@SaintSovereign Are there new technologies developed for The Alchemist that could be used in future products and maybe in any existing product updates?

I feel after alchemist all programmes should be updated to the latest tech before releasing any new ones, this gives a chance for people to actually stick to a product without jumping to the next new shiny thing and old products a chance to be used with the latest tech so people can choose what they want rather then only new products because the old ones have old tech

Are there new technologies developed for The Alchemist that could be used in future products and maybe in any existing product updates?

When it is released, will it be all the modules? So Alchemist Core, the Superchargers, rvX & apX? Or are you intending to do something akin to a staggered release? I’m asking since you already indicated that the rvX manual comes later.

I’m kind of looking forward to getting started with those Superchargers, since I can use them on top of my current stack.

Everything will be released at once, and we’ve got a fun little surprise coming.

Just out of curiosity, what is the Target Reference Number for the little surprise?

Just out of curiosity, what is the Target Reference Number for the little surprise?

could someone explain me in simple words what alchemist will do? i never visualized or did anything else before and the only action i did which is the closest i can think is the guided meditation from superchargers

could someone explain me in simple words what alchemist will do?

Product pages are going up soon.

So wait; rvX is a part of Alchemist?

Alchemist is the most ambitious project we’ve created yet. It will be available in three tiers – Alchemist ($99), Alchemist: Explorer ($149), Alchemist Supreme ($170). Here’s what comes with each:

I just checked the shop to look at description of Khan, and look what I found 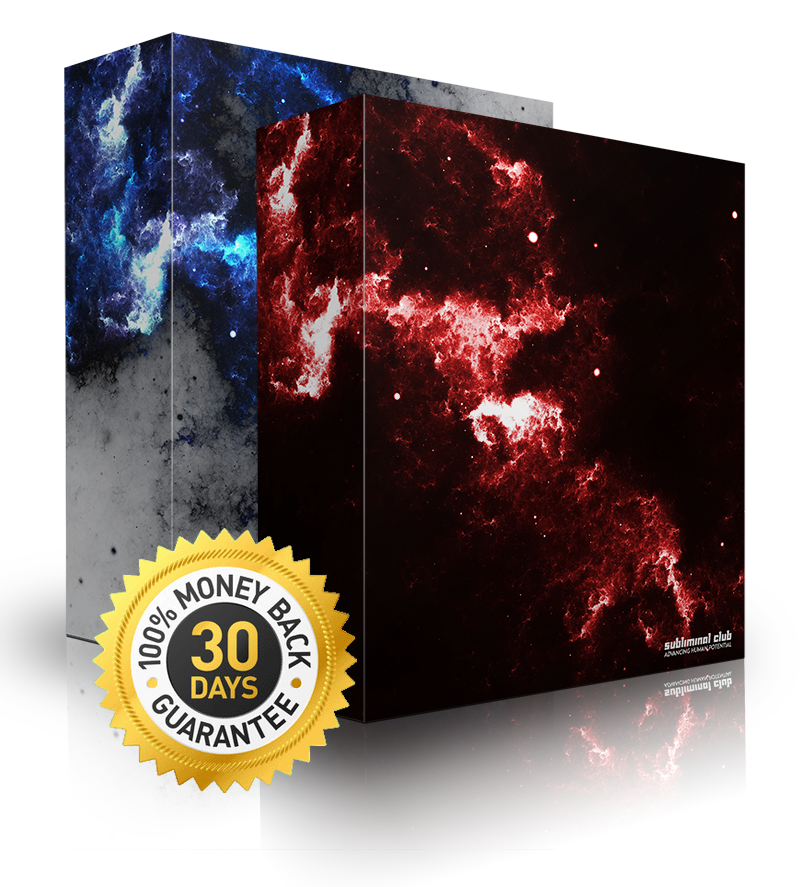 As Above & So Below: Guided Meditation and Energy Cultivation Set -... 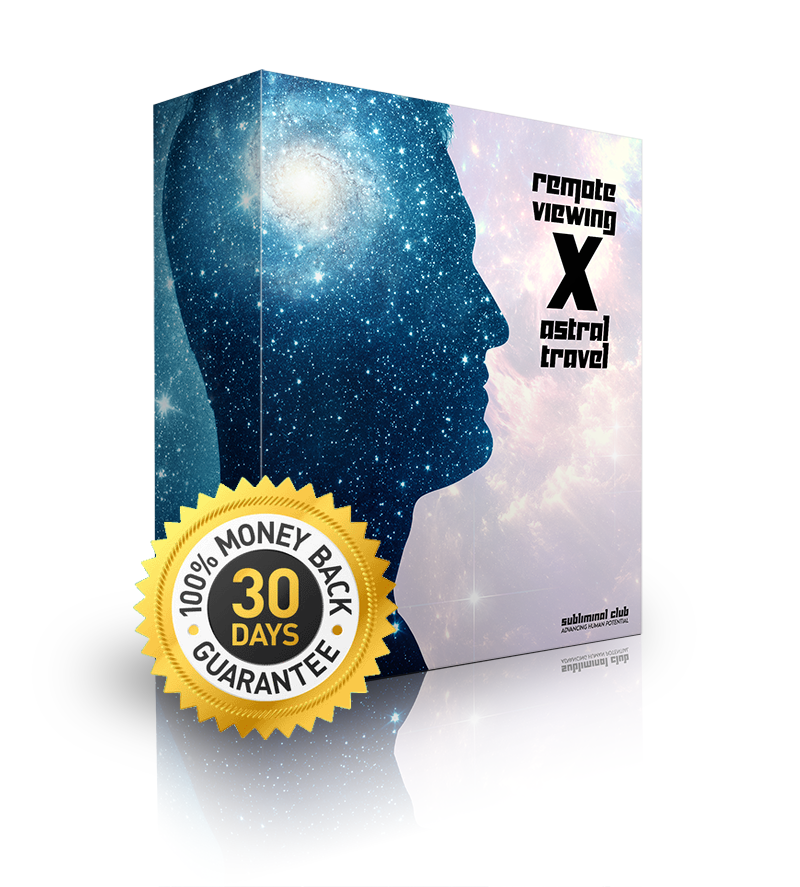 Remote Viewing X is based on extensive testing and consultation with a remote viewing expert with decades of experience, combined with the latest technological advancements from Alchemist and the extremely fast acting Weapon X...

Could either of these help with being a writer and making money?

Hi Sovereign i want to cultivate energy into my aura will these chargers help in such situations ?.

i want to cultivate energy into my aura will these chargers help in such situations ?.

Yes. You can use the energy in any way you see fit.