The underlying subliminal is quantum tech.

Does that mean there are ultrasonic subliminals running in the background with guided tracks in the foreground?

Is it possible QuantumTech develops imaginary skills in other senses as well? I think I start hallucinating hearing things (Or I just went nuts)

I hope this helps with aphantasia… aphantasiameow says he helps people with his course which people say is like win wenger image streaming which a photographer wrote an article that image streaming “cured” him.

Will this be released in feb/early march?

Hopefully this can be an end goal for users 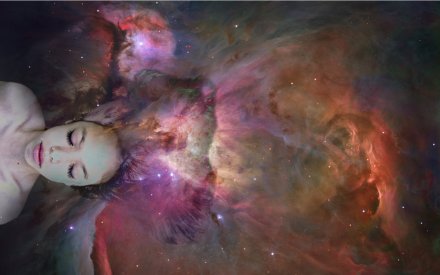 Hyperphantasia! The Joys of an overactive imagination

I only discovered this recently, that some people can not see images when they read. They call this Aphantasia. I was so upset to learn that so many people miss out on the magic of mental images. I…

do you have an eta for this? i am waiting this supercharger for a long time and it seems it is very high on demand. Why there is such a delay? Thanks

@SaintSovereign Any update on the release of this?

We - the people with hard time visualizing- would appreciate this kind of mental supercharger : ))

Mind’s Eye seems to only exist in the imagination, but me wantsss it, my precious.

Any ETA on this one @SaintSovereign

Very possible that it’s the next thing I’m working on. I’d like to finish it before we go all in on Q.

Is this the same thing as “imagination” as described by the new thought authors, I find their ideas too abstract to understand. And if that is the case, won’t it take other superchargers out of fashion?

Honestly curious about it.

I am pretty sure Mind’s eye is meant to help with visualization which would only help the other superchargers honestly.

Extremely excited for this. Visualization is the cornerstone skills that allows us to do anything!

Can use it at night and Mind’s Eye in the morning.

That being said, we’ve decided to release it as a Q-powered subliminal rather than a supercharger. Here’s why: I’ve spent A LOT of time researching visualization and the effect it has on people’s lives. What we discovered was a game changer – we knew that everyone’s visualization abilities were vary. What we DIDN’T know was that some people (more than you’d expect), don’t actually “see” images within their mind’s eye. For example, when I visualize, I “see” very detailed “ghost images” that I can rotate, zoom in, modify and analyze. When I’m thinking about how I’ll handle a particular situation, I basically play a “movie in my mind,” where I’ll model different responses and their potential outcomes.

Other people may not see images – instead, it’s completely “auditory,” and when they’re preparing to talk to someone, they’ll “hear” a stream of consciousness that eventually evolves into a coherent string that they’ll repeat when the time comes. If everyone here starts talking about how they visualize, you’ll quickly see that everyone is different.

The Mind’s Eye supercharger was very much biased toward my method of visualization, which might not be best for YOU. As a subliminal, we can bypass this bias by having the script instruct your subconscious to automatically develop, heighten and evolve your natural visualization abilities. It’ll also try to expand your abilities so that you can choose which visualization style you want. As a Q-powered subliminal, I believe you’ll see results MUCH faster.

Given the nature of the script, I believe it’s also a good candidate for a second Terminus test. Mind’s Eye has a built in success and fail state – either you get better at visualization or you don’t, hence why I’d like to test Terminus with it.