@SaintSovereign, @Fire - Brilliant product. Will buy this. I think it can help me manage my own health issues in the best way possible. There are loads of times I feel helpless and disadvantaged. Although i recognize that there is a lot of work left to do on my mental alpha frame and wealth which can help improve the odds, physical health and safety will always be the most important and urgent priority.

Already I can see physical healing with serum x , this must be more deep and fast .
Thanks @Fire and @SaintSovereign

Will get one today .

I’ll be starting a journal later with more detailed reports as I like to take my time with what I find.

So far, since purchase, this is what I’ve noticed:

I’ve cut down time on social media. I don’t feel banned from social media, I got onto the horror filled slop of “news” for about 10 mins. After that I just felt disinterested and came here to write this post, which was on my list.

I’ve cleaned both my room and the kitchen. I usually leave a little mess that I get to in the morning, but it was either clean, be bored, or find some quick way of stimulating my emotions which likely would have been negative.

I’m more present and in the moment. Today instead of eating out I decided to turn on some music and cook for myself. Then I went skateboarding around my neighborhood and just enjoyed myself. I’ve been in a very stressed state that hasn’t allowed me to enjoy the world around me at all, sot this was a very good change of pace.

I feel an inclination to smoke less and drink less. I had two beers and smoked a little to relax myself after I finished my day, but I feel very easy and natural where I am and don’t want to delve deeper.

I took a 30 minute nap that felt like I slept 2x or 3x that amount, a very deep sleep.

I saw my neighbors on a hike and I immediately intuited that they were safe. I felt like speaking to them and everything felt light.

I passed by someone who lives in my neighborhood and I could tell that he wasn’t an immediate danger or threat, but he was as wary of me as I was of him, and I feel like I was able to tell him that I also wasn’t a threat (?)

I passed by someone who lives in my neighborhood and I could tell that he wasn’t an immediate danger or threat, but he was as wary of me as I was of him, and I feel like I was able to tell him that I also wasn’t a threat (?)

I would be interested in hearing more about this, before after etc.

Do you find yourself more aware or less? Supposedly you “scare” off potential predatory individuals by giving visible signs of vigilance/perception.

Usually safe individuals will falls into resonance with your body language, or you simply understand their reaction to you.

If someone is faking say, “relaxed” walking, most of their cognition is focused on the physical act of walking, they have no reserve brain power to fall into resonance with others around them, and this should leak out as an “off” vibe.

Who else feels like Libertine Ultima dropped 2 months ago? 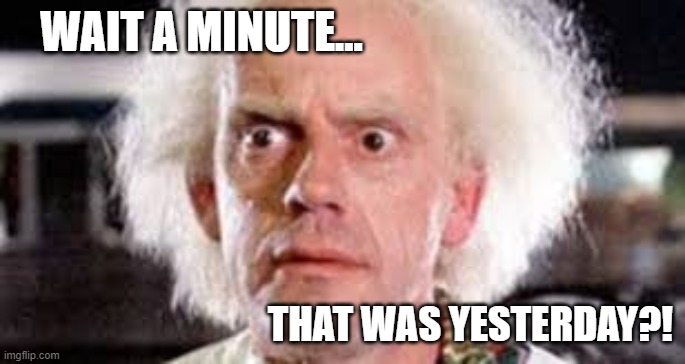 Who else feels like Libertine Ultima dropped 2 months ago?

LibU does have a feeling of familiarity/dejavu, it’s odd you mention it like this.

Now this is the true meaning of Alpha

So far, since purchase, this is what I’ve noticed:

This is since purchase? You haven’t even LISTENED to it yet?!

The guys have really gone all out on this one…

I believe when I saw my neighbor walking he started giving the “off” vibe. He kept walking straight but he veered to the left and right after that and his walk never remained the same.

When I saw him I had a hands open gesture (“I’m not a threat”). I’ve read about body language before but I’ve never used that particular cue ever.

The reason why it felt intuitive is because after using the gesture it was like all this tense energy left that I could palpably feel.

Also I am much more aware. Almost have eyes in the back of my head and my vision has remained “open.” I don’t tunnel vision focus unless I’m studying.

He was probably just trying to hide that he thinks of you more than he wants to show. I would just look and keep track of how he changes over time, while you maintain a constant pattern.

I just wanted to add not to get too “nosy” or whatever, some people can hold grudges, and its not worth it to do with someone you interact daily with / live nearby.

I’ve actually begun to do this.

there’s a cashier at the grocery store who seemed to hate me because his coworker showed me a lot of affection.

I noticed it and let it go.

Today though I asked him for help and sincerely thanked him and it seemed to go over well.

I believe it will be difficult for me to stay safe without fostering many of these connections. So I’ll be stomping out the little forest fires and ignoring the bigger ones. Also people who hold resentment towards me I can probably transmute to a more solid connection than otherwise.

If you could make a journal I would be interested in seeing your impressions over time on this sub. I don’t think we should nocebo too many people in the main page.

I’ll be posting one in a few days, or by the end of the week. I want to allow some of these changes to expand and give me a little something more to post about.

Is this product available as a module to add to your custom ?

It is as of a couple hours ago!

Hallo there.
Thank you subliminalclub for this release.
I listen to it yesterday for 6 hours.
My background : my ex-father was a monster and attacked me since I was 2 years old… I never had the feeling of security in my life until yesterday.
From the first loop I had an explosion in my right brain where my constant fear panic and freak outs just left over 5 hours. I immediately left the house to go under people and had panic attacks from my root to my heart to my brain.
It was the first time I could tell l myself that I am safe here on earth in my body in this situation I am in right now with a strong grounded feeling of security.
I needed 2 hours to realize how it is to live without any fear of being here.
In the middle of the 6th loop I get to the point where I just realized : I DON’T HAVE TO HAVE FEAR.

THANK YOU FOR THE GREAT WORK YOU DID

This subliminal is a wonderful addition to Regeneration for healing traumas, I am experiencing this now

Also, is there anything in this script that can help one find a good long term place to live or job? @Fire @SaintSovereign

I have put the Survival Instinct module into a Q custom with the following configuration.

It is not yet complete, but it will play on an mp3 player and speakers in my basement, next to where I work out. I will hear it while I exercise, when I take a shower or do laundry and when other miscellaneous duties take me to the basement.

I see it as working with issues of physical healing, well being and all around self-sufficiency and preparedness along with any issues around those subjects that may require emotional healing.