For the Yi Jing response, I got Xiao Chu 小畜, line 2

(The Yi Jing method I use results in one hexagram and one line. The hexagram Xiao Chu represents the overall situation, and the line represents my particular position within that situation.) 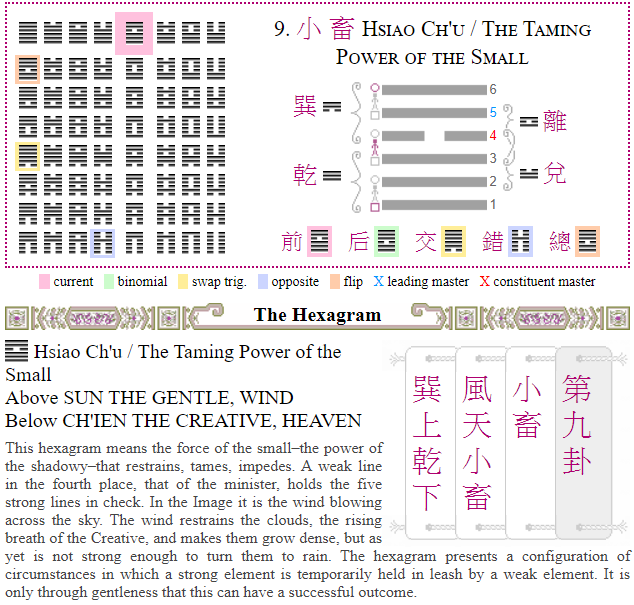 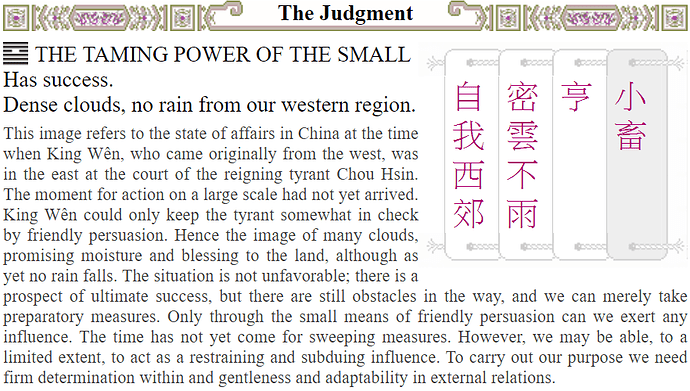 My interpretation is that this is a response to my underlying plan. I was thinking of buying Paragon Complete and then playing 1 loop at night time (and possibly only several times a week), in order to acclimate to it. In May 2021, my stack will suddenly become much lighter, and at that time, I can play it more to get a stronger effect should I wish.

This response from the Yi Jing suggests to me that that is a good way to go. Now is not the time to make big powerful moves or to add in strong elements to my stack. My two options are: 1) to get Paragon but to be very gentle and gradual with it or 2) to forego it for the time being and introduce it in April/May.

I tried it yesterday before bed. Felt really relaxed and slept very well.

@SaintSovereign
Hello
will this help if issues are at level of muscles and tendons etc? Or this sort of injury? Cuz it may not be accompanied by any deeper ‘medical issue’. Still Paragon helps?

I just finished 2 loops and my stiff neck is already better, no more pain. So I suppose that it works on muscles. Very good for relaxing also

Great thanks man! Happy to hear!

Thanks for the follow-up

Would you be so kind and tell me how long these testers did run the program and what was roughly the (Max) improvement?

I will stack it with Dragon reborn, it will be explosive !!

I’m wondering if this could aid in regulating gut flora health? Not an illness specifically, but I’ve been reading a lot about how it’s our gut bacteria that is responsible for a lot of our neurotransmitter production and overall well being. When that’s compromised it causes all types of issues.

I’m pairing it with Alchemist as primary program at the moment,(Stark as secondary) with some other Ultimas as required. Holding high expectations for this one. First two loops already very interesting. Very interesting effect upon my consciousness. Much deeper push for consciousness to internalize within the body. Almost a meditative focus one might say.

Yes it is interesting, I feel also some kind of lucidity, clear mind

(everyone except @DarkPhilosopher, who feels nothing on any sub ever)

Well, that hurts… Which sub helps with that emotional pain?

Never heard of age-related baldness. The most common one is caused by a testosterone byproduct clogging up the follicles in areas where there are no veins to flush them out. This can happen at any age but is more common once cellular division becomes more error-prone, which causes the appearance of physical aging.

Technically that is a physical issue that can be reversed. If SubClub’s physical shifting can work on a cellular level, it could therefor be possible. Although in the grand scheme of things, it might be one of the last things that gets healed. And when it does, it may also put hair on your chest. And back. And everywhere else.

Also just throwing this out there but perhaps EF can benefit from an update with the new physical tech given that it’s the flagship fitness subliminal… EF v2?

it is highly unlikely my issues are related to ultrasonic but not 100% certain. (I read the medical disclaimer)

I quite often get mild symptoms while listening to subs, even those without ultra in it. They go away almost immediately after I stop listening. It’s quite odd.

Then again, my hearing has improved since starting Dragon. The other day I thought my washing machine was broken because I could suddenly hear the high-pitched sound the motor was making. Been hearing more of the electrical appliances lately. Amusing, but it stresses me out thinking half of them must suddenly be broken.

will this help if issues are at level of muscles and tendons etc? Or this sort of injury? Cuz it may not be accompanied by any deeper ‘medical issue’. Still Paragon helps?

Seems to me this would be ideal for that. Depends on what you mean by “not being accompanied by a medical issue”

Yes it is interesting, I feel also some kind of lucidity, clear mind

I did notice it’s very easy to clear my mind during meditation lately. But since I’ve only been listening to Paragon for about a week with a few loops a day, I figured it must be Alchemist.

Seems to me this would be ideal for that. Depends on what you mean by “not being accompanied by a medical issue”

Aka a doctor would say you are absolutely healthy.

Well, if there’s nothing physiologically wrong with the body, this may not be the best sub. But past test results have had some odd side-effects on non-physical levels, so it’s worth a test. Run it 3-6 loops a day for two weeks with no other subs, see what happens.

As this is an Ultima, are headphones mandatory? 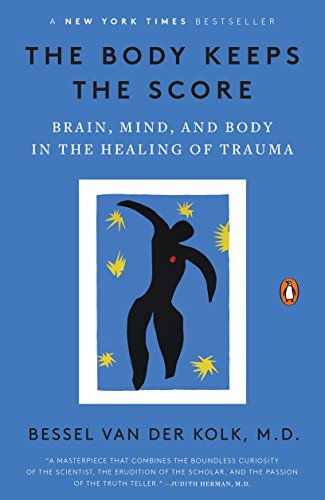 The Body Keeps the Score: Brain, Mind, and Body in the Healing of Trauma

Ive heard wonderful things about that book, its on my list, also I have a workshop in video of Bessel method.
Thanks for the reminder!

What’s the difference between physical healing on this one and Dragon?

For hair loss, one thing I can recommend is a product called Nioxin. Essentially a mild acid treatment for the scalp that removes all the dirt that blocks the pores and the places hair would be growing out of. Nothing to do with washing your hair regularly etc. I’ve got very thin hair, and a head full of it, too, starting to shine through in places. After starting Nioxin once a month I’ve had new growth like crazy. You can’t really do anything wrong there, it really just does a deep cleaning on your head.

As this is an Ultima, are headphones mandatory?

Ultima is a new, specialized build method that yields incredibly potent subliminals that generates results in as little as one

NOTE: Listening setup matters when listening to an Ultima-powered title. The Ultima format requires a nice set of headphones, earbuds or speakers / studio monitors. You will receive diminished results if you attempt to use your laptop speakers or low-grade earbuds / headsets (i.e. the cheap, $9 earbuds at retail store).

What’s the difference between physical healing on this one and Dragon?