Where did you hear about Stark Ultima?

Guys, StarkU (keeps making me think “Stark University”) was an Ultima test to see if Ultima could work for the major programs in its current form. The results were not up to the usual high standards, for most testers nothing happened.

So StarkU won’t be released any time soon.

However, evolving Ultima to the point where it CAN be used for standard subliminals is in the planning phase. Even prototype phase I think. But the time and work it takes would make the resulting subliminal about the price as some of the competitors. So it’s not going to happen any time soon. Maybe if you’re willing to pay around 700 for a handcrafted subliminal you can ask for a name-embedded StarkU, but if not you’ll have to wait and use the already effective version we have now.

How about using Sanguine alone? Is it a good idea or one should stack it with another subliminal?

Where did you hear about Stark Ultima?

I read on journals experimental programs category, sorry I misunderstood about Stage 2 experiment. I thought StarkU will be published soon.

Guys, StarkU (keeps making me think “Stark University”) was an Ultima test to see if Ultima could work for the major programs in its current form. The results were not up to the usual high standards, for most testers nothing happened.

Thank you, now I understand

@SaintSovereign Please consider using Ultima technology to help with insomnia, and an energy booster to get our day to a perfect start.
Of the existing titles, I think Spartan Ultima would work for the latter.

Does that address insomnia? I had the idea it was only for lucid dreaming.

It doesn’t exist yet, so this is me suggesting that the Ultima version addresses sleep.

But what if someone is interested in falling asleep quickly without lucid dreaming?

This would be relevant, REM sleep in not refreshing.

I would be very interested in a sleep booster

Very interesting. Personally I would want my brain to change so that I naturally lucid dream all the time. I know a few people who have actually experienced this throughout their entire life. If I want to let go of the lucid aspect, I would consciously decide that in the dream.

Just imagine how cool it would be to deal with healing, breakdowns or even practicing social stuff in your lucid dreams!

naturally lucid dream all the time

try staying up till you are really sleepy, and drink some caffeine/coffee, and go to sleep. They call it sleeping faster, but you should have alot of dreaming.

I woke up from a 13+ hour sleep a few hours ago. It was really cool because it was essentially a long dream with the same characters (despite the few times I’d drift in/out during the night). Very memorable. Wasn’t lucid, though.

I tried lucid dreaming as a goal/hobby for 1.5 years before stopping it because I wasn’t going anywhere. If SubClub came to the rescue, however…

+1 on staying up till you’re super sleepy for lucid dreaming/ hypnagogic fun. And marathon dreams are fun when you can guide them a little.

My latest strategy. Listen while out walking in what passes for nature where you are. I have a fairly decent rural park about three minutes from my house by car. 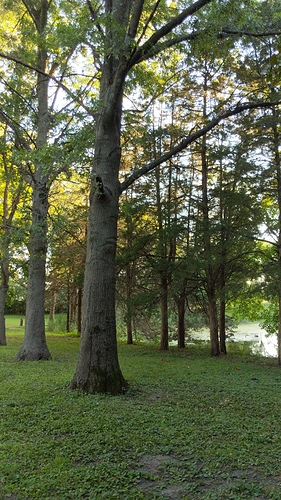 I just get deleriant until I feel like death and decide to sleep.

Currently I’m listening to one loop of Sanguine U and one loop of Khan Q st4 per day. It’s like connecting with my Shadow, coexisting with “Venom” (a dark/primal side of me) and benefiting from it. It works pretty cool.

Galantamine + Choline works like a charm for lucid dreaming. You can easily lucid dream about twice a week using this. You won’t be able to do it every night because you’ll build a tolerance and it’ll stop working as effectively.

This explains how to do it: https://www.reddit.com/r/LucidDreaming/comments/7mfnbs/galantamine_choline_works_great/?utm_source=xpromo&utm_medium=amp&utm_name=amp_comment_iterations&utm_term=control_2&utm_content=post_body