my opinion though, moving out won’t solve the underlying problem. It’s just a means of escaping

You the second person telling me that

So here goes…
A female coworker that i mentioned earliar in this journal is ready for it lol…we chatted and flirted and even had sexual chats today. She said we can go for lunch and divert…lol i suggested we book out she said shes fine with that lol so yes she is game. This happened after @Simon exercise.

During this flirting and sexual chats i didnt get nervous or shy. I felt really in control and felt i should get straight to the point instead of waiting. By the way she is married

Khan Stage One is doing a phenomenal job, keep going!

getting a strong push to move out of my parents house

Am feeling the same on my current run of Emperor. Used to feel even more of this when I used to play Khan last year. Go with it. There are challenges in being independent but it has its own rewards too especially in dating and developing your masculinity.

Should you decide to run Dragon Reborn: 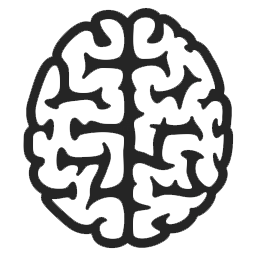 there is an energy medicine school I follow and they talk about something interesting.
Whether you look at this psychologically or in a more ‘spiritual’ way.

Spiritually: The highest energy point -7th chakra, whether you look at is with a physical point-like the top of your head, or simple as an aspect of our experience connected to what is larger than us, doesn’t open to infinite possibility or cannot bring those possibilities to manifest until you move out of or away from the location of your childhood and teenage development. Otherwise your still ‘energetically under the roof’ of the limitations of the generation before you.

Secular /Psychologically- moving away from the influences and conditioning of your development, and the generation and tribal ties you have, would allow you a blank slate or your own personal primal propensities to more fully express themselves- to really see and fulfill the possibilities of your own life, unencumbered by what came before, even if it was positive.

In any case this was my experience, I moved back in with my mom after a rough patch and my life stalled for 5 years, when I moved out it exploded.

I know in certain cultures families continue to live with each other more regularly, although I think the create very distinct domains, and I also don’t know if any one has fulfilled their highest potential/ destiny living out of their parents house, so take this with a grain of salt…but some food for thought.

Good insight @Azriel
This push to move on my own only came with running khan. Other titles that i have ran didnt do this.

I am going to move out and take this as a challenge to grow my independance as well.

I don’t want to tell myself that I am superstitious or I believe that my life is pre-destined to an extent, but during certain periods of my life when I sought readings from fortune tellers based on birth charts or my palm, I would get the same answers, which were that I would travel overseas a lot, live overseas, marry a foreign spouse and most likely die overseas. In fact, I was told that I would only prosper if I left my family home to live overseas.

Well, in the end, I did live overseas for an extended period of time. However, even as an adult, my parents refused to let go of me and wanted to control my life while overseas as much as possible, just as they had done so while I was based in my home country previously. Of course , to a large extent it was less successful, even though there were still points of conflict.

In any case, I’m looking to move overseas again or at least move out of my family home once my financial situation has improved. It’s difficult during such a period with the global recession , international travel controls plus I feel that I’m out of touch with a lot of in-demand jobs that require skills I don’t really possess.

Spiritually: The highest energy point -7th chakra, whether you look at is with a physical point-like the top of your head, or simple as an aspect of our experience connected to what is larger than us, doesn’t open to infinite possibility or cannot bring those possibilities to manifest until you move out of or away from the location of your childhood and teenage development. Otherwise your still ‘energetically under the roof’ of the limitations of the generation before you.

I feel that there has been some sort of ancestral energy along the maternal line which has a strong sense of control over certain descendants by ancestors. Even more complicated is the involvement of extreme energy from extreme religions like Roman Catholicism, and mind you, I have to survive in this world combating the energy that extreme right-wing Roman Catholicism wants to exert over its followers through parents.

I’m think some of the posters here have similar issues, and in a way, I still find such extensive controls very stifling and not conducive for my overall development.

It is like there is some supernatural force that has been created by people in the past, built up and developed through many years of religious following by billions of people dead and living, and still wanting to remain relevant in this world, and it survives through people who try to maintain the power by spewing hatred of the modern world, spreading rumours, creating fake news and formenting belief in conspiracy theories. Won’t go into into it into detail, but there is so much division in the United States partially because of such people who need to ensure that the loyalty of followers to their god precedes loyalty to the country.

And this energy has spilt into my family for a long time through just one relative. Some spoke about an ancestral curse.

Anyway, right now, my main aim is to improve my financial situation and grow in power. If I can grow in power in various aspects, all that toxic energy won’t have any power over me, and I will be able to help my relatives get out of the mess created.

Yes,
really good points.
I grew up in a very privileged, loving family, that was also very violent, fortunately rarely physically and chaotic. My dad is out of the picture as he ghosted everyone when I was a young adult. Which many see as a traumatic event, although I never recognized it as such until recently.

I have found the key to freedom from generational ties, is to recognize that our parents are doing the best they can with what they have been given by there parents, to need to rely on them as little as possible, and to take the perspective that everything they do, no matter how twisted, is there attempt to give us the best life possible, even if their approach is absolutely horrific. (I’m not saying condone what they may have done or do) but I personally have found the most love, and freedom, and the best relationship with my family by taking this approach.

My family got some terrible ideologies…

Those are just few…

Are houses unaffordable where you live?

Are houses unaffordable where you live?

I would say i cant afford it…
My job doesnt pay so well to afford a house…but i can rent comfortably.

The other thing that comes to my mind is that …
who said to buy a house is the only way???I grew up with that ideology from my parents
Many many people rent. Ofcourse if i had the option to buy it would be way better to buy. Society has made me think that if i cant buy a house i cant move out and be indepenedant? Yes it has done that to me but its about to change soon.

who said to buy a house is the only way???I grew up with that ideology from my parents

Society has made me think that if i cant buy a house i cant move out and be indepenedant?

Yes, a lot of it is social programming. Just like society tells you

I think at the end of the day, it’s about learning how not to care what other people think and focus on your goals. You can have the last laugh at the end.

Btw this alpha male thing is also a result of social programming.

Im lasting longer in bed now with my partner…could that be khan???i have only used stage 1

Im lasting longer in bed now with my partner…could that be khan???i have only used stage 1

For sure it could be, it couldn’t have been a limiting belief you didn’t even know you had. Great job! Hope you enjoy it aha.

I believe it gets rid of anything in your way that’s stopping you from having a good time, but it also starts to create the foundation for being a Khan.

Stage 2 will reprogram you but Stage 1 clears out any negative feelings etc.

Finally made a move to go see places to rent…
Will be leaving my mothers house at the end of December…
Confidence is super high also…like i can do anything in the world.
Fearless.

Once i started supplementing with Choline i dont experience fatigue etc. I also noticed i can handle more loops but i dont over doit.