Hmm…I’m finding myself thinking about this idea that Terminus goes much deeper. I’m in the midst of a lot of work. I have to make myself concentrate sort of against my natural tendency. I’d already taken yesterday and the day before off from my main stack, so today I just didn’t feel like waiting any longer. I played Ecstasy of Gold and Emperor.

As they played I could almost feel the load (I don’t know if that’s objectively accurate. That’s what it felt like.) It felt like more load in addition to the work I was doing. After a while, I noticed that my mind felt easier and more relaxed. This caught my attention so I clicked over to iTunes to see what was playing, and it is Stark Q Terminus.

So, the thought struck me that it might feel easier because it’s swimming a lot deeper than where my attention is usually hanging out. (Not very formal language, I know.) That’s interesting. Not really sure. But I feel a lot more relaxed now. It’s neither pushing me to work nor pulling me away from work. It’s just doing its own thing, and I consequently feel a certain relaxed stimulated feeling.

Anyway, I’ll leave that to whomever to figure out. Back to work.

Yes. I just noticed that it felt heavier again. Flipped over to iTunes and saw that Stark Q Terminus had ended and I was 20 minutes into Limitless.

My sense is that this may mean that the standard Q titles are meeting my mind at its current level and giving it more of an engaged workout. Whereas Terminus is deeper. This is pretty interesting.

My mind is reaching for a metaphor but not quite finding it. I know that there are some activities where if things are not calibrated just right, you won’t really feel the workout. If it’s either too much or too little, it will just feel like nothing.

This, paradoxically, encourages me that the standard Q titles may be highly appropriate for me right now. I’ll stay with Stark Q Terminus because 1) I like it and 2) the experiment feels valuable and interesting; but this beefs up my confidence in the standard Q titles.

Let’s put it this way, it’s interesting that Terminus isn’t causing quicker results. Instead, it seems to be hitting “deeper” and causing weird things to happen, like people seeing things before they occur, etc.,

Given that, it may be that Alchemist is a prime candidate for a Terminus build.

Given that, it may be that Alchemist is a prime candidate for a Terminus build.

I can see that giving rise to all kinds of mayhem.

I stopped running Terminus four days ago but had a dream today where one specific guy was selling me something on the phone. It really annoyed me…

Later today I hear my grandpa talking how exactly the same person called him and tried to sell him something on the phone.

I have played 5 loops of Terminus over the last i believe, 5 days with a one day break in there of no subs, and on the 2nd day listening did two loops - a loop in the morning and a loop at night.

Noticing no negative, or weird effects. Only positive. In fact this is the first sub that I could “feel” right from the start. Normally it takes me 3 days to a week of multiple loops a day to see some external results and then I start getting a feel for a sub that I can put into words.

The only “weird” thing I had was a terrifying dream last night, however I also had some ridiculous mac n cheese right before bed. And lots of cheese before bed tends to give me wild dreams. So I won’t say it’s the sub. On the other hand I had an AMAZINGLY AWESOME dream a few nights ago where I was giving a guest lecture at Harvard on spirituality to thousands of people.

I am putting myself out there as the center of attention like never before - on zooms and in an improv in the park gathering I joined (NEVER would have seen myself doing this).

I notice a relaxed, cool swagger (not cocky or bro like where you act like you’re the shit) just genuinely feel cool walking around. And today, I just got back from a 45 minute walk and more girls than not smiled at me while passing (6 ft. away of course), said hello, and even most guys were giving me the what’s up nod.

Oh and my matches on dating apps are going crazy, and it’s a new level of hotness in the matches I’m getting.

Guys, I believe I simply am taking the doctors orders. @SaintSovereign VERY explicitly warned us to take it SUPER slow with this one. And that’s what I’ve done. Heck, I prefer a more powerful sub that I can listen to once while doing something else than trying to get as much humanly exposure as possible everywhere I go to the point of OCD.

So far Stark Terminus has had an effect on me like no other subclub sub has, and I’ve raved about a few in the past…

I did that myself @Fractal, mostly since the original Q version allows and even encourages emotional expression. I did it about 2 or 3 days, non-consecutively.

Each time Terminus’ activity in my head overpowered the regular Q version, so it was of no benefit

Guys, I believe I simply am taking the doctors orders. @SaintSovereign VERY explicitly warned us to take it SUPER slow with this one. And that’s what I’ve done. Heck, I prefer a more powerful sub that I can listen to once while doing something else than trying to get as much humanly exposure as possible everywhere I go to the point of OCD. 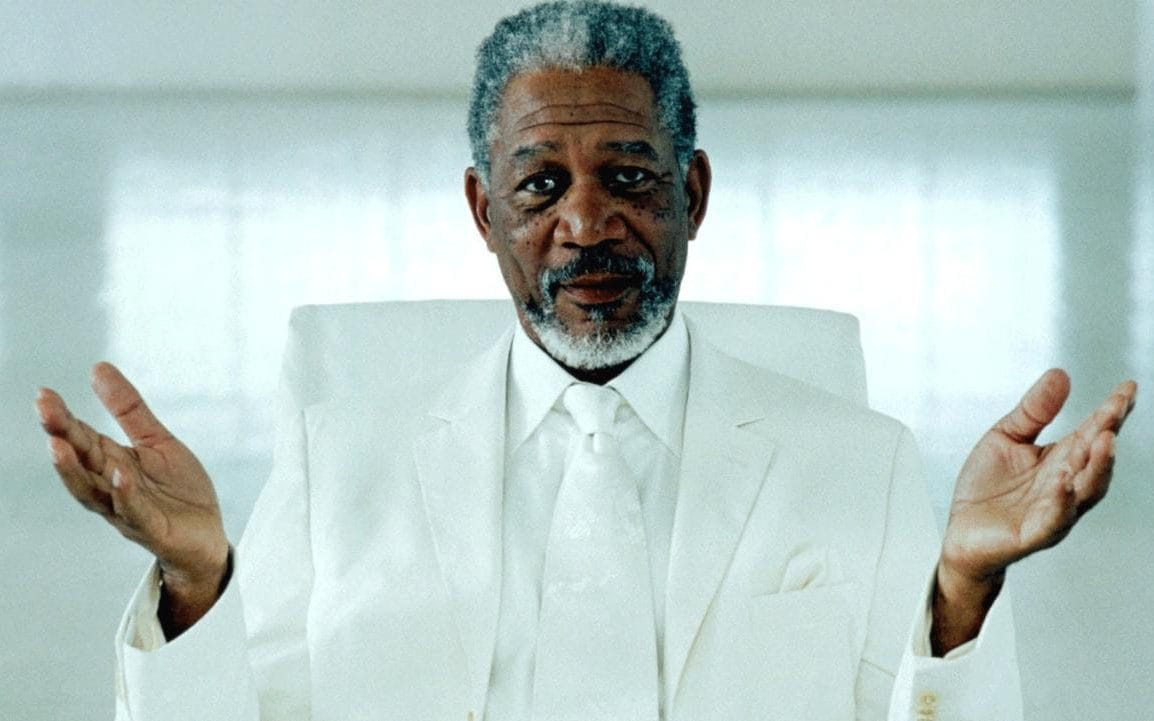 One loop, ya’ll. Getting curious what the next power level would generate?
P.S. – we’ve coded two more levels above Terminus into Q.

Ready to give us their names? Can they be MCU related? Pretty please?

Ready to give us their names? Can they be MCU related? Pretty please?

Haven’t decided on a name yet. Haven’t even tested them, lol. I’m thinking those will be best as supercharger embeds, or maybe cutting the time of a single loop down to 30 minutes.

I’m thinking those will be best as supercharger embeds,

Interesting. Now, wouldnt that mean that you have to make superchargers for the major titles which dont have a supercharger associated with it yet? Like Emperor has The Commandant, Alchemist has As Above & So Below, Emperor Fitness has the Beast etc.

What about EoG and Stark?

Again like yesterday I manifested something out of my dream

I was dreaming about a girl seducing me with her breasts.

) showed me a picture of her breasts in underwear today.

I hardly believe there is no dream scripting as I just had a lucid dream (again). I always tried but never succeeded having them but since switching to Terminus I begin to have them regularly.

Also, I am noticing that the “depth” / vividness of my dreams is NOT getting less since switching back from Terminus to normal StarkQ

I hardly believe there is no dream scripting as I just had a lucid dream (again). I always tried but never succeeded having them but since switching to Terminus I begin to have them regularly.

That fits with the whole ‘depth’ idea.

As far as specific dream scripting, I think that might not be conclusive. All subliminals work directly with the level of mind that is also the precise source of dreams.

It would be reasonable to expect that, for some people at least, unusual dream activity would go hand in hand.

I don’t tend to have a very active dream life, and that’s remained the same so far with every subliminal I’ve used. You seem to have a pretty active dream life @friday , is that right? It’s possible that the subliminal is facilitating greater attention to and awareness of something that was happening subconsciously the whole time.

There is a chance that the crazy happening one of my day offs from Stark Q: Terminus could have been connected to the sub. I had eye contact with a woman who was the driver of the car and as I walked over the street, the guy on the passenger seat asked for my number for her. I did not follow this up because I later crashed psychologically a bit and did not feel the confidence to act. If Stark Q: Terminus is a magnet for flirtation then this is explained with it. I had some other theories, but I now think I can give credit to the sub. Still, I am happy to have stopped using it because I did not feel stable on it. Less than two days on and one day off could be a solution for me if I decide to use it again. Perhaps one day (listening one hour) on and two days off.

This is textbook reconciliation. Don’t quit. Try to push through with an alternative listening pattern like you suggested.

Ready to give us their names?

Well, you could go one way and say that the highest level is called Terminal. Run it more than once and… well…

Or go the Spaceballs route, Ridiculous and Ludicrous. Listen to it more than once and yo’ll start wearing plaid.

I know that feeling, my mind is even tougher to get through.

I’m getting really curious about this Terminus thing now.

You seem to have a pretty active dream life @friday , is that right? It’s possible that the subliminal is facilitating greater attention to and awareness of something that was happening subconsciously the whole time.

Yes, both things are right. I could write books and create movies out of my dreams.

Today, I dreamt of a war happing in my basement. Two teams against each other, my team (family members and friends) was loosing. I was just building a defense robot out of a big green slime when I saw the other side attack with an attack robot. I noticed that nobody out of my team was doing something. When I shouted why they aren’t acting, they still did not get it. I noticed that the robot put them into “trance”. I was the only one that did not get affected and could see the reality, the truth. I made my team aware of the fact and they fell out of the trance and everyone starting helping me attack it. We managed to defend the attack but 10 seconds longer the other team would have won.

To add to that, when I woke up I could not really move for a second. I felt like I was in trance myself. Something that never happened again. Also when I walked into my basement today, I immediately visualized the scene there. Everything was on the exact same spot, no detail is missing, and I could locate the same spots where I was standing, the robot standing, etc.

So in conclusion, my dreams stayed as intense as they were on Terminus since switching to normal StarkQ six days ago. I now just started running Terminus again.

By the way, if one has any ideas of interpretation of the dream it would be really interesting. The only thing I heard is that if it plays in the basement in your house it deals with the subconscious mind: “A house represents the self, and therefore the basement would be the self below the self. As such, any dream of a basement connects with unconscious material and anything that lurks below the surface of your psyche.”