Feeling really run down this afternoon. Hoping Sanguine can lift me.

Just had some bad news related to a relationship. Sometimes you don’t realize how much you can feel for someone until you realize that they are completely gone.

What I struggle against the most is life feeling pointless and meaningless.

Oh, fuck. Sometimes I feel too much, and it is almost too much to stand.

Sometimes the grief of losing someone is so unexpected, and so surprisingly sad, it is nearly unbearable.

It can be fucking hard.

Thanks, Malkuth, I appreciate it.

I could not sleep until about 4 am. I had to process some pretty strong feelings of loss that I had not been prepared for, that I had not felt something similar to in quite a long time.

I feel much better after sleeping.

Sometimes you feel things you did not expect to feel. For a while, I nearly felt like I would suffocate from such strong emotions of loss and finality.

I had even wanted it to end, but when it did, and on her terms, it somehow was almost too much to bear.

I am not sure in what ways my sub stack may be helping, hindering, extending or shortening this process.

I have no idea if it is connected to reconciliation or emotional processing of feelings.

I really feel terrible today, felt even worse and could not sleep until 4 am. last night.

There is really not anything to explain because who could understand? That is the problem so often. You feel something and there is literally no one to understand and you are alone and you can’t stand how you feel and you can’t will it away.

If only David and his TM could be of any benefit.

Having feelings when they are intense and you are unable to dispel them, can feel like a possession.

I continue to feel such a high level of anxiety and sense of loss.

It is like I am suffocating and a thought or placement of the body will amplify it.

I can’t sit still and it seems to be accelerating as the day goes on.

I will try Sanguine through headphones today, but thus far I have had great difficulty staying still. I feel driven by the anxiety, but with no purpose or end point.

I feel like there will be no respite for me.

It is like something has been laid bare that I cannot tolerate. 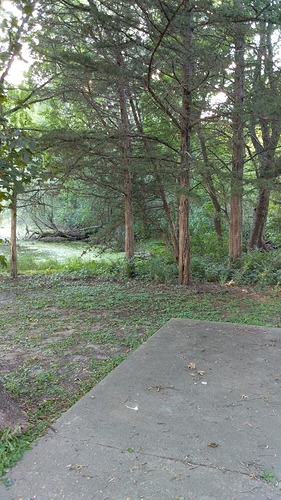 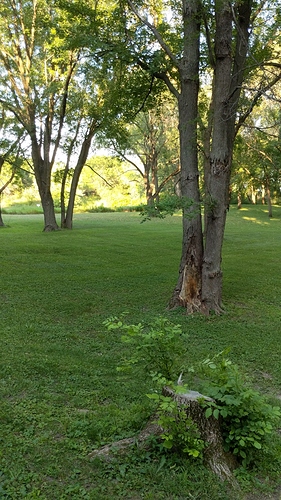 My favorite park for exercise. It is about 1.5 miles outside my very small town and is completely surrounded by corn and soybean fields.

There are quite a few trees around two small ponds and a creek forms an edge of the park.

There are wild animals to be found in the park of common types like raccoons, squirrels, deer and hawks. I’ve seen a fox.

I went to the park to see if I could walk around, listen to Sanguine and break out of the terrible funk I have descended into since late last evening.

So far so good. Nature therapy and Ultima can help I think.

The more time I spend in this park, the healthier my outlook on life. A great place to hang out and listen to subliminals.