Hi Fire\Saint\DarkPhilosopher can we include a sub module within the eagle eye module to amplify blood circulation to the eye and relax the muscles around the eye to prevent eye strain.

Very important as people spend a lot of time looking at screens these days.

Since everything was rebuilt using Q (including GMX) I think you can assume any existing modules from the main products will be available. No reason not to have them there.

A Premature Ejaculation module dealing with just that will be one of the 112 modules available.

EDIT: Seems like they added 16 NEW modules making it a total of 128

The lower center looks like a hair module. But then again, It could be anything.

This could be the" face morphing" module Saint already teased. I imagine the model having a pretty strong jawline.

A Premature Ejaculation module dealing with just that will be one of the 112 modules available.

Oh, wait, THAT’s what the other PE was!

Didn’t you have a “That moment when DarkPhilosopher finds out”?

If we assume the screenshot is alphabetical, it’s more fun to guess those last two pictures.

OKay, if all the stages are present, the next question is: what’s the difference between a “core” and a “standard” stage? What’s missing in the core?

That’s a very good question. Can you please elaborate on that @SaintSovereign

For example, Khan Stage 1-4 all include the “Khan core scripting” but St1 gives very different results from ST4. In the Q store, however, every stage seems to have his own core scripting. I would assume then the core scripting is what gives you maybe 80% of the results. But Khan also had other main subs included like Daredevil, Mogul, SM. Are these included in the core scripting then? What results can one expect from only running (e.g.) Khan core St4? What would one need to add to achieve a similar subliminal like Khan St4?

If we assume the screenshot is alphabetical, it’s more fun to guess those last two pictures.

That screenshot is indeed alphabetical.

No one will guess the names, however. We’ve never announced these modules before, ever.

No one will guess the names, however.

Murphy’s Law states that at this very moment a Mr. Noone is registering for the forum to start guessing, beginning with a variation on the word “alopecia”

Yggdrasil as a concept for a subliminal is so awesome. And so is the artwork.

The World Tree. The cosmic source code of manifestation. Odin One-Eye the Wise hung himself intentionally from its branches in submission. Surviving there for 9 days and nights, he thus received the wisdom and knowledge of all phenomena.

How much more awesome can it get?

Here’s an idle suggestion: a program called Malicia, Anansi, or Exu/Eshu. This would be for those of us who train to play the game of Capoeira. 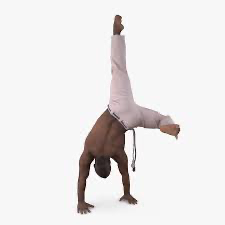 My dear friday,
I was confused while you referred to PE. I was suggested to have a penis enlargement module called “Biggie Dickus”. Now, I guess the should be a model of penis enlargement and premature ejaculation module.

I figured you might mean that, but I’m a competitive practical shooter, so I’d like to see High Speed MarksmanshipX. I’m guessing I’m the only one here though.

Inspiration/making things you want to do a habit easier

Introverted leadership. Some people want to be the guiding whisper behind the scenes vs always “on”

How about a module that will you make you famous for your sexiness. Wait let me explain

Women have crushes on Johnny Depp, Leonardo Dicaprio etc. They are “famous” for being chick-magnets and that all the girls love them. A module that will help you become such a man. When you sit in a lecture, you will notice how all girls will whisper with their friends how sexy and manly you are, and what a big crush they have on you.

A lot of girls also have crushes on the Instagram models with 10000 followers, so it is not exactly a celebrity aura buut hot celebrity aura summarizes it pretty well

Is it wrong of me to see a post by Salchichon mentioning premature ejaculation followed by a post by COWolfe mentioning he is a “competitive practical shooter” and take that completely out of context for my own personal enjoyment?

I wouldn’t mind Marksmanship X, there is a zen-like quality to using firearms (safely, responsibly and only in controlled conditions on non-biological targets, obviously), much like there is for bow and arrow. It takes discipline, control of mind, breath and body as well as skill.

It’s too bad (IMHO) that so many countries make it hard to explore this skill and have people at least be firearm-literate, while others make it too easy. But that topic is beyond the scope of this forum.

Decades ago women used to faint at the sight of people like James Dean, the classical bad boys. I guess they became accustomed to rugged handsomeness much like we’ve become accustomed to excessive gore and nudity.

Let’s make a Module called the Bieber-Effect. With an appropriate age range, obviously.