have not read Brandon Sanderson’s books. Not a big fan of his writing style although I appreciated him finishing Robert Jordan’s Wheel of Time series when RJ sadly passed away. Wondering if the same thing will happen to GRRM lol. Regardless, Sanderson is an excellent teacher.

I’ve read a lot of Brandon Sanderson. I believe that his writing style has evolved and refined over time and continues to develop. You can almost literally watch it happening because of his other great quality: consistency of output. I feel like he forced himself to get through projects and put them out. In the beginning, I could almost see a kind of methodical, craftsmanlike approach to putting paragraphs and stories together. I did not love it from a literary standpoint. But the story ideas and worldbuilding were good enough to keep me engaged. And it just kept getting better and better (in my opinion).

I was not a huge fan of his Wheel of Time contributions, although like you I really appreciated that he did it and I felt he got done what needed to get done. I guess I think the ‘spirit’ of his story-telling is just really different from RJs. Jordan feels very Southern. Spinning a yarn. Lingering over details. Smoking a pipe. Obsessing lovingly over details of battles and military history. Unhurried and Unrushed. Those qualities just kind of come through his (Jordan’s) writing. The character in his books Loial (the ogier) also seemed to represent the kind of patient, stolid, slow, but martial energy of Jordan. (Of course, Jordan has his own points that people criticize as well.)

Sanderson’s style is more visual and cinematic. Like other authors of his generation, (Peter V. Brett comes to mind). People who grew up with movies, television, and MTV. Their sense of timing just works differently, I think. Patrick Rothfuss is somewhere in between, I think. He’s more lyrical, poetic, and literary in how he approaches writing. But he also takes a much longer time than Sanderson. I’ve learned to appreciate the systematic approach that Sanderson takes. Sanderson seems to be into building and refining an algorithm and once he gets it right, he’s pretty much got the game licked. I think he’s more or less there now.

Anyway, I’m now a great fan of Sanderson and am happily looking forward to his Rhythm of War to be released in November of this year. Before the reading the last installment, number 3 in the series, I went back and revisited the previous books in the chronology. Hmmmm…if I’m going to do that again, I may need to start now. haha

If I were to restart now, I might be done just in time.

@Malkuth - that’s an excellent analysis of the different author’s writing styles. I do wonder whether I will end up writing like Sanderson (thanks to being almost from his generation) even though I prefer the styles of RJ and Steven Erikson (Malazan series).

Also, no wonder Sanderson is an excellent and methodical teacher since he has analyzed story writing well enough to share the methodology with his students.

I have been debating on getting Sanderson’s Stormlight Archives trilogy since I heard very good reviews about it and also because “I like big BOOKS and I cannot lie”. Well, I can lie but not about big books and big butts lol.

How did you find that series?

…it’s not a trilogy.

It’s just getting underway. A projected 10 books in the entire series. Number 4 Rhythm of War is precisely from that series, The Stormlight Archives.

In my opinion, this is his best writing. He’s at the top of his worldbuilding, characterization, plot construction, and magic-systeming(?) game. And I’m reading them as they come out.

Each volume is so Big and gives you so much that I, at least, feel fully sated until the next one comes out (usually about 2 years later).

So, I love that series (to sum that up).

I remember that you mentioned Malazan. That to me is a challenging series. And definitely worth the challenge. I got about 3 books in, I think. Then work picked up and I let myself get pulled away. Also, I prefer to read in audiobook form for some time now. More time-efficient for me, since I can combine it with other activities. Like walking home from work. (Office is just 3 miles from my home.) Back when I was reading it Malazan did not have audiobook versions. They’ve been creating them recently. But also, the book seems to me almost more suitable to be read visually, because it’s so singular.

Murakami’s actually like that for me too. I have never heard a narrated version of his books that passed my personal standard, because to me the voice of ‘the narrator’ in his books is my own mind’s silent narrator. If that makes sense.

There was this one episode/scene from Book 2 or Book 3, I think. (edit: of the Mazalan series) I want to say it was called The Trail of Chains or the Trail of Dogs, but that completely may just be the name I gave it in my own imagination. It was so striking and moving. I ended up composing a piece of music inspired by it. But now the details are fuzzy in my mind. I’ll look forward to reading it again.

Alright, back, hopefully, to work. Love talking about the things I love.

@Malkuth - haha my bad. I did see a box set of the Stormlight archive books and there were 3 in them so assumed it’s a trilogy. You make a very good case for StoArc (Q Store Shorthand

) so will consider it.

And you made a music track on it! That’s so cool. I tend to do the same, but instead write poetry, whenever am inspired by a book or movie too.

-These two were my first customs which I made when the Q Store first opened. Ran them both for 2 months and hence the “Day 61” today.

-Have listed the modules of these two Q subs in the first post of this thread.

-Had an intuition that adding these to my current stack would up my game.

-Played Iron Khan Q in the afternoon. Just after I listened to it, I got a strange phone call from someone I have never talked to, asking me whether I wrote books. I told her my name and she told me it was the wrong number and she hung up. Which to me felt like a sign from the universe to START WRITING!

-Will play one loop of Quantum Artist Q overnight when I go to sleep now.

-Today was supposed to be a rest day until I changed my plans and added these two Q customs to the mix.

-Mood was real good throughout the day which I attribute to my T Customs which I played during this week.

@raphael are you open minded for healing your eyes? 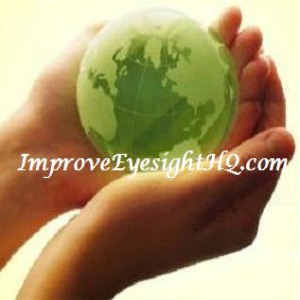 urine works well for eye infections. I had an eye infection last summer for half a day. Then I remembered about urine therapy. The next morning i collected

@friday - hmm interesting. Would it work on the retina though?

Unfortunately, I cannot give you any medical advice on that.

However, I am actually very close to trying it out myself.

My diet is pretty healthy, no meat, no sugar, no drugs (besides weed). So I sense the consequences are pretty too low.

@friday - do let me know how it goes for you. I will research it at my end too before deciding on whether to do it.

So your gonna stack all 4?

I have one terminus and will be stacking 3 other Q customs shortly, so curious how it goes.

Did you notice anything from epigenetics or secrets of Akash?

The universe is clearly pointing me towards it, which is very obvious when you expand your consciousness. The risk of harm is low, so why not lol.

haha I think its awesome. I would totally try that if I needed too. Or maybe I’d get a kinky girl to help lol.
I’m 100% for intelligent experimentation and innovation.

@Azriel - I believe that Epigenetics is contributing to my skin, weight loss and looks along with modules like Facial Morphing etc. I look way better thanks to losing weight and a real good haircut recently.

Regarding wealth, it’s too early to say cause I have yet to take action on them.

And about stacking, most probably I will experiment. Maybe start with one loop of all 4 subs per day. Or one Q and one T for one day and the other Q and T on another day. Will write that at the start of each post in this journal each day. So far, I haven’t stacked them together as the above posts show.

@friday, @Azriel - Now that would be good old Leo doing some kinky shit. That’s quite an encouraging way to try it out sooner than I thought lol.

you don’t think Da-Vinci got to be the most renowned talent in history by not peeing in his eyes did you?

I remember reading he could bend steel/metal as well, and was a strong man.

Very cool, I’m looking to fit some modules in and was unsure if Epigenetics was worth a spot, but it seems it might be.

just to be clear for the record, I’m having fun
but I do totally respect and promote unconventional and innovative ways of dealing with things.
If it works it works.

Epigenetics was worth a spot, but it seems it might be.

So this was what I was afraid of all along: Playing The Fool. Such a fascinating TED Talk by Ethan Hawke.

PS: The ‘Before’ trilogy rocks