@Brandon do you stack khan and stark ? if so which stages of khan have you stacked with stark. What benefits have you gained from running them both ?

@Brandon do you stack khan and stark ? if so which stages of khan have you stacked with stark. What benefits have you gained from running them both ?

I do stack Khan and Stark, I’m using Stage 2 and 3 of Khan at the moment - currently overlapping them and Stark x2 loops. I only started using Stark this week so I need to wait for results but last time I used Stark (before the original Ultima test) I was working on an app and become one of the most popular boys on the app and everyone knew my name, even people I didn’t know. This allowed me to make a bunch of money, made me social and all that.

Khan has opened up my social and sexual side (which is what I was hoping for) and has allowed me to become more focused on what I want out of life. It’s made me say no to things I don’t agree with instead of being on the fence and staying neutral. I started Stage 3 last week I believe so I’m also still waiting for results with that too but it’s made me take more action so far and do things I said I’d do.

What have you noticed as the differences in using Stark with Khan, versus Khan only?

@Brandon thanks as @RVconsultant just asked it would be nice to hear your feedback on the differences between Khan and Stark. I am guessing its made you more sexual as you mentioned ?.

@RVconsultant when I ran Khan stage 4 it definitely gave me a more dominant vibe even more so then Stark. Where as Stark has made me more assertive and has helped me further my career in terms of the technical side of things. i am considering combining the two again at some point.

The lack of a dominant side with Stark is what made me choose Khan in the first place - also the sexual side which wasn’t a massive priority. Stark, when I used it before Khan, gave me all the things I mentioned but I felt like people took me for a joke and used me because I was one of those clowns that everything was a joke.

Khan seems to make me more dominant like you’ve mentioned and like I said - I say no more often - which I never used to and I’m more forceful about it in conversation. I feel like people are starting to appreciate my worth and take me more seriously than when I was on Stark alone.

Stark is great, in my opinion, if you want to be known as the fun social guy who wants fame and creativity and wants people to love you - which I do.

Stark is actually more of the personality I ultimately want because I want to be popular, liked and be known for all my good stuff but Khan gives me other stuff too.

Khan is great if you want to be more dominant, have sex - of course, take more control of life, have fun etc. - this is also I what I want. I want the best of both words.

In other words, I agree with what you said about Stark in how its great but doesn’t appear as dominant like Khan.

Let me know if you do end up stacking, would love to hear about your experiences and how you’d stack it together.

Once I hit Stage 4 of Khan I’ll be stacking Stark/Khan and my wealth custom together.

Suggestions for a stack

Choose two out of those three. You’ve got waaaaay too much overlap. I’d drop Emperor. StarkQ has a very strong social focus, Emperor is somewhat anti-social. They may collide a bit. Khan has status, money and wealth. Probably pairs a bit better with...

Seems like running Khan with Stark would work better. It’s a good thing I’m not adding Emperor like I did before. Oops.

Also seems possible that the way I set out before in my journal with:

Would work. I may lower them to 4/5 instead.

Being honest I did do that this week and I definitely felt the push but after a day break I’ve gotten less brain fog.

My way would have done as set out above but then repeat so it would do 6 days a week and then a break whereas Saint suggests doing 3 days on and then one day break and repeating that which I think would be great for me. I’m going to experiment and try that. I’m not too worried about getting to Stage 4 as quickly as possible if I’m honest. I want to take some time. I’ll be dropping Stage 2 soon anyway.

P.s. Can I either ask you to PM me or head over to my journal? I’m feeling a bit stuck.

(If I’m honest I don’t feel too comfortable talking about it publicly hence the PM but don’t mind if you’d rather hit the journal).

I am going to run stage 4 Khan with my current StarkQ terminus custom.

@blackadder is there anywhere I can find your journal/thoughts/results? Would be interested in reading.

@Brandon i have written journals in the past when running emperor, starkq terminus and primal. The trouble is recently I have less time to journal, I know I should start a journal again as I felt it was therapeutic. 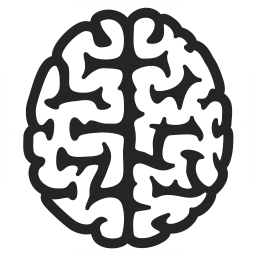 Hey everyone, it’s good to be here. I am a first time SubClub user. A little background: I’ve been using subliminals for just over a year and have had some amazing results. I have been listening to many subs from a variety of creators, which... 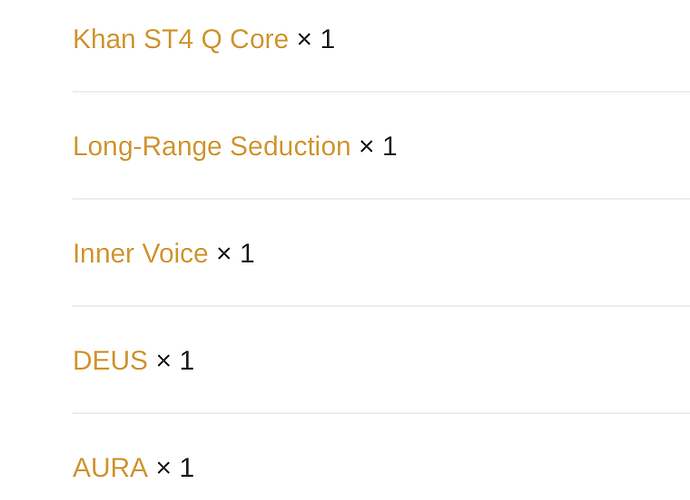 Guys, I would like to see who can help me with this. I am also asking a few key people in private but I want to see what you guys think as well. Would be grateful for your help. @Simon I think this also answers your question the other day, I wasn’t...

@seeklight, @Ninjistic, @RVconsultant - Since I have only used Elixir Ultima along with RegenerationQ, I wouldn’t know exactly how Rebirth Ultima + RegenerationQ would work. But I could guess that it is an excellent combination.

My advice though is that if you feel drawn to Rebirth U, use it by itself. It is a powerful ultima and since we have discovered that ultimas are no slouch running by themselves, Rebirth would suit you fine.

And incase you are drawn to RegenerationQ, I would personally advice to run it with Elixir U. It’s no surprise that Subclub advices in their own sales page to use the EU + RQ combination and when @SaintSovereign, @Fire gives a hint like that, one can’t simply ignore it.

I have yet to decide what I will do about Dragon Reborn.

I think I will first examine the healing related subliminals and modules I already have.

Then make a decision.

Would love to see your thoughts on it if you go ahead with it.

Not sure if you’ve answered this before or been asked, apologies if you have.

Have you used Stark Terminus? I ask because I know you said that Stark was one of your favourite subs.

If you have used to, what was your experience in comparison to Q?

I have yet to decide what I will do about Dragon Reborn.

I think I will first examine the healing related subliminals and modules I already have.

Then make a decision.

Or maybe read my fantabulous Dragon Reborn journal. Or both

Have you used Stark Terminus?

If you have used to, what was your experience in comparison to Q?

What about your results? Pretty much the same as normal Stark?

I can’t remember if it’s the Ultima or Terminus that people said the Fame aspect wasn’t the same as the Q version and seemed like it didn’t exist.