who are Primarchs? They are soldiers and leaders you have never seen before and who will make Judge Dredd, Master Chief, Doomguy, Starcraft Marines, etc look like kindergarten kids.

Primarchs are also the sons of the God Emperor himself! Genetically modified superhumans carrying the genes of a powerful overpowered psychic being, they have inherited his charisma, skill, intelligence, lethal fighting skills, massive size, superior strength and many more attributes that could fill a couple of encyclopedias. Each son has his own backstory, archetype and “hero’s journey” which are interesting by themselves (also do not forget that: “a villian is just a hero of the other side”).

jesus holy shit guys read this again i dont even know what warhammer is but god damn lol take my money
how can any1 be negative ab this!? whattt! yall is crazy

I wish to apologize to everybody for causing such an upheaval. I never meant for this to take on such a life of its own or to consume Saint and Fire’s time instead of my own.

I realize my words and position carry a certain amount of weight and I should have been more careful when throwing them around. And in this case, the meaning of the message (tell us more about Primarch) was lost amidst the frustration of my day. On any other day, I would probably have geeked out with raphael about Starcraft before realizing I was going off-topic.

So I am sorry.

Sorry to Saint for causing such a stir in the morning. Sorry to Fire and Saint for betraying the trust you gave me. And sorry to the users for confusing you.

Now for something completely different…

i dont even know what warhammer is

Say what?! It’s a HUGE franchise. I figured everybody knew.

And yes, I was/am a bit disappointed there were 10+ posts before me and nobody had yet asked those three questions. 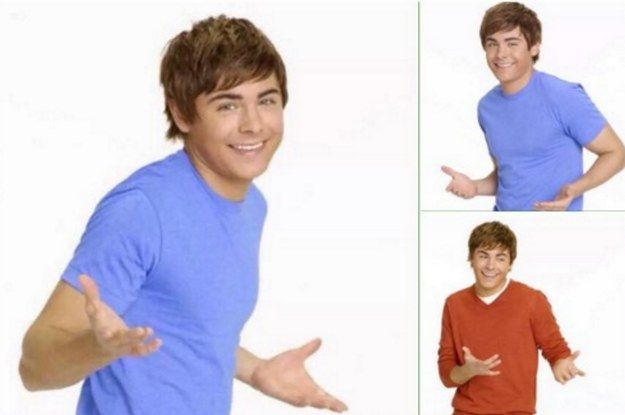 But I was wrong, we got some info!!

I do so hope there will be a title called Primarch

My Wife has read quite a few of the Warhammer 40k novels . The name Dan Abnett comes to mind. I have tried to get into the novels but couldn’t at the time

Although I have some ideas about what is in the script, I haven’t seen the script. However in my conversations with @SaintSovereign I have made comments that are foreign or unexpected to my usual thoughts and experiences. Those are the ones I would expect to be quotes from the script.

To those who are concerned about hype, I sympathize because I like to be cautious about my expectations to protect myself from disappointment. When I was testing Libertine Ultima, I guessed it was a sexual subliminal but I really didn’t know what it was supposed to do. So to find a woman (who probably only caught a glimpse of me from the corner of her eye) following me around as I was shopping (who I think had ditched her boyfriend to do so) was a bit surprising. Or perhaps more than a bit surprising.

I think the way @SaintSovereign and @Fire have been giving titles for us to test and refusing to provide any specifics about what they are is a prudent way to do tests.

In addition to what @SaintSovereign said about hype, I sometimes wonder if thinking something is hype might be another way of thinking “This doesn’t match my ideas of reality, others, the world, or myself. Therefore even though it is happening (even if it is happening to me), it can’t be true”.

Say what?! It’s a HUGE franchise. I figured everybody knew.

i need to look like them in real llife asap lmao

lol u guys r fine @JCast @DarkPhilosopher
LOL i have a plan if i ever accidently wrote something shaky in here
i would just blame @SaintSovereign @Fire, for their subs being too damn strong and say that it caused me reconciliation which made me wrote it

I am going to make a guess that you can put any concerns about being banned because of this above post to rest. The people who would likely get banned seem to have to put in a bit of effort to achieve that.

@SaintSovereign What you wrote above makes a lot of sense and it gave me some stuff to think about as well. I don’t want this to come across as a personal attack, it’s just me being honest. But I’m not a fan of hype and marketing stuff either, but that stems from inherent distrust of people. It takes a lot for a company to earn my trust. And you guys have been more that amazing, but in my bad states the paranoia creeps in. That’s not even an exaggeration, it’s legit paranoid thinking. Sometimes it’s a phase, sometimes it plants a seed of doubt that gets triggered with stuff like this.

I take no pride in this. I don’t know if it’s control based, but it might be. All I know is it can greatly distort how I perceive things in my life. I’m posting this because I piggybacked off @DarkPhilosopher and felt I owe you an apology as well.

Once again, while I appreciate your feedback, that’s an internal emotional situation that you need to deal with on your own. Asking us to change who we are and how we operate (when it clearly works for us) because of your own internal issues is incredibly unfair. We like to have fun with product announcements and since we’re the most popular subliminal producer at the moment, everyone is watching to see what we do next. I just received word that another producer is attempting to create a program similar to Q. With that being said, we’re not giving out too much information before any product is launched. We want everyone else playing catchup instead of stealing our ideas (and it has happened before, a “competitor” tried to launch their entire business by stealing everything from us). The “anti-hype and marketing crowd” will simply have to deal with it.

a wise man once said…

a little off topic but i wanted to ask about that coder elite you mentioned a couple post back, like way back, when will we see a release of that sub?

a little off topic but i wanted to ask about that coder elite you mentioned a couple post back, like way back, when will we see a release of that sub?

Depends. We made that specifically for the creator of Q and they contributed to the script. We’d have to make some kind of licensing deal to release it and I’m not sure if the demand is enough to do so.

I’m not sure if the demand is enough to do so.

I’m not sure if the demand is enough to do so.

that two already
maybe just a module to help with coding

Make a coding module and call it

Just wanted to drop this here as a sacrifice to the temple, I struggle to find motivation to read these kind of books but I found it relevant here. If I find a reason to read it fully, I might find more useful stuff.

EOG Related concepts, not unlinked from above concept,

Book is split into 3 “Books” (Concepts)

My impresion of the book from reading the first chapter, bias towards historical context (Boring), more of a blueprint of a venture, rather than a power group coming up with new ideas, would be good for those studying raikov.

I am in the coder boat too

An Ultima which helps with both Writing (creative, business, copywriting, books, etc) and Writing Code would be sweet.