@friday, I was thinking of you!

You DEFINITELY should test EmperorQ. It’s like the next level to Khan ST4.

Trust me on this one, and you’ll thank me later, and of course, keep a great journal here, as usual.

I have a good feeling about that.

=> I love this positivity of EmperorQ, it’s like a turbocharged Sanguine! I haven’t felt this good and happy since I used Primal + Sanguine!

That’s just awesome, @AMASH. You are the perfect candidate since you do take optimum action to show such results.

Am also wondering whether Emperor Fitness is in EmperorQ since if it is, I would just run EmperorQ instead of stacking it with Emperor Fitness. But since the whole point of this test is to give feedback, it is possible that we will know the answer only later.

I must add that after doing Khan ST1 Total Breakdown for two days, I did have a similar ache in the body. Wonder if it is reconciliation.

I must add that after doing Khan ST1 Total Breakdown for two days, I did have a similar ache in the body. Wonder if it is reconciliation.

It might be! Did you get similar aches with Emperor Fitness?

@AMASH - no. But then I was running ST1 of Emperor Fitness which is more focused on the healing and sleep side (which actually works since I felt very restful each time I woke up).

Maybe we would feel aches during ST2 onwards since are those more focused on weight-loss, muscle building and physical shifting.

My body is mildly sore today, as if I had a workout yesterday when I didn’t.

Is it sore all over or in a specific area?

in a specific area?

@AMASH, reading your journal gets me thinking about EQ. It’s the masculinity part which stays with me mostly, the assurance of knowing I’m on the right path. (I’m still on EOG

And to be truthful, it’s more the positivity which draws me in. One can label anything good or bad, but reading your enthusiastic replies is really beneficial. Thanks for the honest sharing.

Thank you for the very kind words @subliminalguy

I appreciate your comments

My body is mildly sore today, as if I had a workout yesterday when I didn’t. Does EmperorQ have some parts of Emperor Fitness?

Same here. My triceps we’re sore and I didn’t go to the gym… Strange.

@AMASH, @Hermit - since you guys mentioned areas of the body that are usually mentioned in workouts, it definitely feels like EmperorQ has a Subliminal Gym component in it. Possibly muscle building.

Wonder if it has fat burning.

I can’t say for sure as this might just be coincidence. I’ll be going to the gym tomorrow, if parts of EF are in there, I will notice them without a doubt.

Will be noting down all of it in my journal.

Wonder if it has fat burning.

I will notice them without a doubt.

Time, and our collective brains journalling, will flesh out all the answers, I am sure

An observing mind with neutral self reflection in combination with time will explain all.

I was doing vocabulary flashcards, and the answers were always on the tip of my tongue, and I literally made 0 mistakes, which is unusual, although I normally do very well with 3-4 mistakes in 30 minutes of study. Today, 0 mistakes!

Are you using Anki? If not, I highly recommend it. You need to tweak the settings, download some addons but if you figure it out it is PHENOMENAL.

And thank you for the suggestion!

If it is this powerful it could give me my super-cool mind-cinema AKA eidetic memory-ability back.
A shame I can’t try it out now aaaaah!
Sounds like you have a lot of fun though

Anki? What is that? 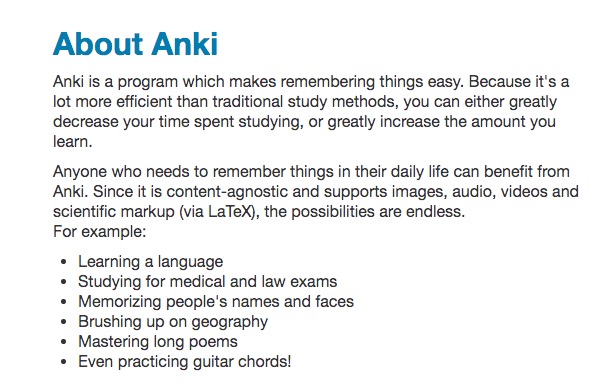