Day 7: (Day off, without any subliminal listening)

I love taking days off from listening to any subliminal because when I start running it again, I feel like getting double the effects.

#1 I dreamt of an art workshop where I wanted to partner up with my friend who is studying design. But I was not allowed to do so because they did not want me to copy his creation. First I panicked but then I just tried my best. In the end, I created a more beautiful flower than him, where I got a huge compliment from my boss. Ready to present my creation to my superiors and the whole team, they told me bad new. They told the whole group that they only want to see the other piece we had to make (not the flower). At that moment, I knew that I fucked up because I did not create the other one… I thought that my beautiful flower will be enough to cover up for both… So, in the end, they never looked at my beautiful flower (besides that one compliment).

#2 Walked around with my ex-good friend who I now consider weird. We almost broke off contact in real life but still sometimes text. In my dream, he told me all the reasons why he did not want to have contact with me right now, which was primarily that he was looking behind my facade that not everything is easy for me. He stated that he knew that I was trying harder to achieve my goals than I always say. We were walking and I was still playing that role of me not knowing anything… In real life, I never went to more than 4 lectures whereas he went to more than 150. In the end, we wrote the same exam result. So my dream was about that, he got angry because he could not believe it and I made worse by pretending I don’t even know the basic things (which I really don’t know, I am not making that up). I saw how I was losing him, losing my power over him. Feels like PCC is in EQ.

#3 I saw a very very cute and sweet little baby cat in my dream. It was tiny and prettier than any other cat. When I came closer the cat got super aggressive and cut my hands shoulder and arms. There was nothing I could do because anywhere I touched it to make it stop, the cat could reach my body and cut me even more. This dream seems to be tackling my fear with hot women, that the pretty face is only a facade. And when I don’t look behind their pretty face facade and realize they are still like normal cats, that they carn harm me pretty badly…

#4 I was partying with my best friend when he invited some chicks who travelled only for him. I wanted to have sex with his girl because she was the hottest. The atmosphere in the club was kinda lame but he did not want to go but stay and hope that it gets better. I then without asking for permission or telling him, walked to his girl and said: “Come with me, I go somewhere else”. She was wearing a super nice dress where I could see her bra making me horny as fuck. I wanted to have sex with her, probably on the beach. We left and I was excited, I did not even think about my friend. We walked in the direction to the beach when I ordered her to wait because I had to find the beach myself first. I then pissed there somewhere on the beach without caring what other people would think. Coming back I see all her other 4 friends did join her. She had so much fun that her friends wanted to come as well. Now I thought about my friend that I stole all of his girls. But I also thought that sex is pretty unlikely now… So I decided to make the best out of this situation and take pictures, where I look like Dan Bilzerian…

Great dream report, and overall a super indepth journal, which is always, an interesting to read.
All the best on your EmperorQ journey buddy.

Thank you for your nice words @Morpheus =)

“The second people start making progress, they screw up. Because deep down they think it is only a matter of time until they fail. They rather fall from the third floor than from the penthouse” H. Specter

There is something about her. Maybe she is running Seductress?

I went to a party today where I meet my old social circle group. Therefore I can pretty well determine how my seduction abilities and style changed.
On Khan St4, the seduction was pretty much all subconsciously. I was high energy, loud, and tend to have close proximity to others. When I got drunk, I felt like my subconscious was taking over and pretty much did the seduction automatically for me. On Emperor. it feels like that I seduce more consciously. I am not so high energy and don’t want to party so hard. I am less interest in drinking so much alcohol, and I feel like my seduction is worse when I do because I am less conscious. I act more serious and more manlike and enjoy interesting but fun conversations.

I am looking back to Khan St4, to be honest, because with all the benefits EQ brings, it is nowhere replacing or delivering the same seduction results as Khan St4 (clearly because it hasn’t the same goal). It was an amazing subliminal and I just don’t feel the push from EQ I got from St4… 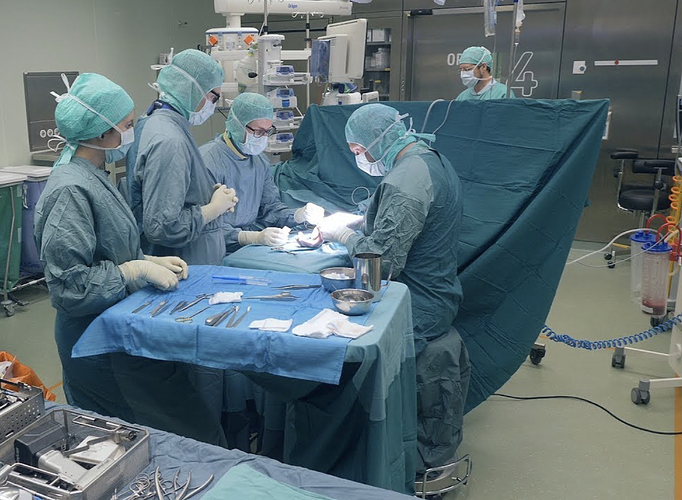 The first time I did NOT get what I wanted since EQ . Because of the Corona Virus, I am not allowed to extend my internship for another month. I will try to change that by negotiating with the boss (how I learned in one of my dreams)

WOW, what an amazing day today. I was listening to more loops yesterday and I could definitely feel the effects much more profound today.

NO doesn’t mean NO, it just means NOT NOW.

Now I looked into the mirror and I could not believe it. I have a very full muscular chest, a visible sixpack, a V-back… I look like the guy on the cover of Emperor… I did not lose any muscles, only fat. It is crazy! I don’t need to go to the gym more if I only want to train for the look of my body. Everything is there already… With ZERO effort.

Awesome! I’m noticing improvements in my physique as well. Keep it up!

Every person in that room, a total of 8, looked at me and hang on every word I said.

That’s impressive results @friday! I’m not there yet, but your results are truly a source of inspiration. You’re definitely making an impact in the hospital

Day 22: I am coming to the conclusion that masked seems to be far more powerful for me than ultrasonic. I will try to listen more to masked in the next days.