I have been listening to masked with a 45 min break of silence in between the whole night. I did not notice since just some minutes ago as suddenly the masked sound started playing in the background. So no wonder why I am tired when there was a sound playing all night. I probably did not notice while asleep because I took melatonin

Interesting one of dreaming how my old bf (girl) send me a very long message. I was reading it loud to the point where she wrote how unsatisied she was with that dude. To quote: “But I now have to live with that small dick of his forever…” Did I tell you already that I don’t like him? I find him very weird tbh…

So today I started my new negotiated job. I hate it… And when I don’t get my own office in the next days, I am gonna quit or reconciliation will hit me far too hard.

I dreamt of seducing and getting high-class models, 10/10 girls who look like this. 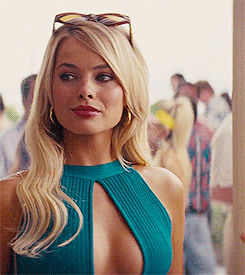 Definitely one of the nicer dreams

Also, I did dream about my job where my subconscious is going through everything I did at work yesterday to learn the new things and integrate them into my subconscious. Did feel this today as I hardly forgot anything work-related from yesterday.

I did get my own office today which is excellent. However, I am still not enjoying my new work.

Had a dream of skydiving. A friend of mine wanted to persuade me to jump out of the plane without a parachute. I told him that he will die if he does so. His response was that it will be the most fun ever and that I should do it as well. I declined told him he was stupid and jumped out with a parachute. While doing so I was also filming myself with a camera because I planned the future ahead that the footage will be useful for something.

#Will include this section in every new journal post to not only write about the positives but also about the things I want to improve in the next days. EQ is making me aware of a lot of things. This section might be a bit more personal as I will not explain everything I write.

A) Being a good utter. I was telling a story today and I noticed that I need to speak slower or have more pauses for a better effect. Also, I am sometimes missing words or don’t say them correctly
B) No sugar diet
C) Dominating new social interactions more, e.g asking for the name of the person in front of me and remembering it for the future.
D) Doing my workout (posture training) and my energy cultivation practises along with my meditations
E) No Netflix!

A) No Netflix (and find a replacement), no sugar
B) Energy meditations and hypnosis

My mood at work:

I have been dreaming about my ex, how we ended making out again until she interrupted it as she currently has a boyfriend.
I was dreaming about the only person in the world, I really don’t like. We have history together, he back then stealing my girls, betray me for his own benefit and just doing shit to me while I was in a “lower” position. He is ignoring me most of the time in real life, but sometimes still talks shit. I am getting less and less affected by his bullshit and am beginning to forget about him. Today, I dreamt about him and how he will act around other friends in future. He was acting like the biggest hypocrite what just made me furious inside. It felt like back in the days, when I could not really stand up for myself.

This time I will start with my dreams because they have been overly insightful again.

I dreamt about throwing a huge PARTY like I did last year. I was inviting some of my old and some of my new friends from college including this ONE girl I had a crush on since our first meeting but was so afraid of her beauty that our first real conversation was after starting EQ and 3 months of Khan St1. I reported this here in the journal and it is now that I finally have a chance with her as I am not longer stifled when I see her.

I did lose the fear of beauty. This one is huge for me as even after 6 months of Khan St4 I still did fear very hot girls and could not act normal around them. I am not sure if it was 3 months of Khan St 1 or EQ or a combination of both but today I was much more unstifled and free with a perfect 10 which I never really talked to because I was so afraid. It even made extra fun to seduce her, it was a challenge.

She always hangs out with this one guy who is, on the one hand, having a great vibe and therefore attracting girls but on the other hand, is beneath my level in terms of attraction and seduction. Girls told me he envies me because of this, and they also told me that he is pretty bad in bed (lasting 8 sec. e.g). The 10/10 is still hanging out with him all the time (probably more BFF but who knows) and laughing at every joke.
So back to my dream, she was invited of course and also him. Long story short, after a while I saw how he was putting on a CONDOM and FUCKING her. And this dream continued for a while, I did my own business and had fun with the others but every time I came across them I was seeing how they had SEX. Literally 30 minutes, 1 hour continued like this. Even my mum saw it as she was there because she planned the whole party. I looked at her face or I just thought: “Damn she must be disappointed that I did not get the hot girl.” I didn’t really envy in my dream as this is something I also “lost” pretty much with EQ. However, I tried to get to fuck her too, so I went to them, talked to her and him but did not really find a solution to do so. I thought about just going for it like in all the porn videos but did not.
Maybe this dream is useful for you guys @SaintSovereign determining how the script is working.

The next dream was about a friend of me seeing an unlocked motorcycle on the other street. He ran to it and tried it out. Yeah, it was unlocked. He asked me if he could steal it, I agreed and told him to take it. He was scared that somebody will find out, so I was approaching to police guys and telling them about the unlocked motorcycle we found, as a cover. They told us to go to the police station where there was a huge party. We did not know if those were all policemen as they had no uniform and partied. We went to the guy who was the only one with a uniform and he told us to join the drinks. So we went to the table, my friend was more in the middle where I was pushed out and stand on the side. They gave around drinks and my friend did get one but not me. I stated that I did not get any drink when the policeman looked at me and told me I looked too young. I did not say anything but just took another glass from somebody else which had still a little bit of alcohol left. I do look a bit young in real life and this is sometimes bothering me