I feel like this whole forum is gonna want to test this thing out. That being said, count me in - solely to hit the diversity quota

A subliminal that has it all. I’m assuming we can make our own STARK in the future when project Q has been released, until then I think it would be a quiet good intro for releasing STARK so people can have a grasp of what happens when different titles are intermingled together in order to create one coherent subliminal that has one focus while having ‘it all’, at the same time.

So what do I mean by that? A subliminal with the main focus to truly turn anyone into all they can be. Focusing on all aspects of life; the physique, the mind, the spirituality, the energy and charisma - a complete set for empowerment and control over your own destiny. Being able to project your will onto the world in any situation.

It seems as if STARK has almost all of that already. If I we’re to sit down in meditation and build an ultimate subliminal in my mind I’m pretty sure there would be some additions that currently haven’t been used or released, yet. But for now STARK looks pretty top notch.

I honestly think all of us here can build a community of open-minded, creatively thinking entrepreneurs that can bundle there powers together to do something way bigger. A self-development platform with all tools necessary to become the person you’d want to be and create the reality you want to have. That’s what reality is all about isn’t it? Experience, learning, improving, becoming wise & skilled. Everyone of us here has been studying a certain subject and that can empower in someway, putting all that information out there and bundling it together would be BIG.

@Hermit - and that’s how SubClub gets into what people in the subliminal community call Bundles and Combos. (Project Q is a Bundle since its a mix of self customised subs. And STARK will be a Combo since it’s more of an optimised mix of subs)

If the roll call is still on, I’m in.

I love SC because I’ve known for years that straight affirmations don’t do jack for me. I’ve tried.
I first learned the power of asking questions from Robert Maurer’s book “One Small Step Can Change Your Life” and that’s what I love about SC.

What initially sold me on investing here (beyond the journals which I lurked for WEEKS before buying) is the idea that Saint and Fire take extra time and care to make sure each new title is able to hook in to existing titles as much as possible. Even if it translates to slower product release at times, I’m 100% fine with that because I can’t tell you how many other producers of subs and similar things just crank out stuff one title after the other.

Anyway, count me in.

@realbillperry I like your atttitude we have on boarded you. Welcome to the Stark team.

I have been here for a year and have dabbled in a few subs and feel like I have a good grasp, currently running a combo of khan and spartan but would love to join the legion of subclub heroes (reference from the arrow verse tv crossover), I feel like I could provide good feedback for the testing and would love to give back in any way seeing how sub club has literally changed my life

@myspace123 i recsll you have been a dedicated member for along time. I am onboarding you as as part of the Stark team.

The Stark product will be life changing.

Are you in contact with any aliens at the moment?

I’d like to be the enigmatic, almost-member of Subliminal Club’s Team Stark! ® who works in the lounge/cafe area preparing drinks and dispensing pithy, and possibly meaningless, observations and nuggets of wisdom. My exact background will be unclear, yet I’ll often seem to appear at just the right time with the last bit of information needed to overcome that week’s challenge. Casual fans will be quietly baffled and almost offended that I appear in the highlight reels.

Is that position available?

My exact background will be unclear, yet I’ll often seem to appear at just the right time with the last bit of information needed to overcome that week’s challenge.

You want the role of Stan Lee?

You want to the role of Stan Lee ?

I was specifically thinking of Guinan, 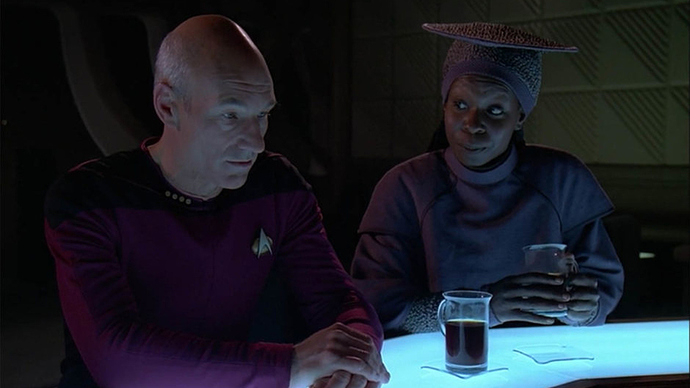 but Stan the Man will definitely do.

Are you in contact with any aliens at the moment?

@Malkuth i can see you are a man of ambition. A man who will not stop until he gets what he wants. Congratulations welcome to the STARK team

Welcome everyone to Project Stark. We shall begin by sharing what we all want to see in the upcoming Stark subliminal. So please do not be shy !! follow your heart and soul.

I dont post much so i don’t want to be a tester but i will definitely buy it if is released after the testing, looking forward to all your feedback

Slickman you are very much a man of mystery to many on the forum. However i see the eye of tiger in you. You are willing to go back into the jungle and not come back till you get your worth in gold.

a.team that bonds all who want to reach their true potential.

What do we know about the upcoming Stark multistage sub so far ?

A few days ago Sovereign hinted on a new revolutionary product he has dubbed “Stark”. Which might well be the next block buster life changing product from the SC team. We believe the core of the product is comprised of daredevil/iron throne/emperor and QL.

When is the release date for Stark ?

Fire and SaintSovereign have kept their cards close to their chests on this one. We know from leaked reports that Saint is testing a version of Stark which has already sent ripples through the subliminal community.

Attempts to reach out to fire have failed. He can be the the most difficult gentleman to reach sometimes.

Why has the product been named Stark ?

We believe is it named after the infamous famous super-hero named Iron Man, who was a character that appeared in the Iron Man trilogy films and in The Avengers movie. He was portrayed by actor Robert Downey, Jr., and was based on the character of the same name in the comics.

Can one become a Tony Stark ?

I believe this is very possible every man has a Tony Stark inside them that is waiting to be unleashed.

Do we know for sure if it’s a multistage tho