Some people have been asking for more information on how our subliminals work and what they can expect from running them.

Here is a little sneak peek into our subliminals, but take into account we cannot disclose everything, since 95% are company exclusive secrets that we cannot share so it really is just a small portion of what will be happening behind the scenes as you run Subliminal Club subliminals.

The Similarities Between Subliminals

Before we get into the different subs, there are a few things to be said generally about them.

All of our subliminals have exclusive technologies special to them and only them, hence no subliminal is obsolete. Not only that, but we regularly update our subliminals in order to keep up with the rapid jumps in technology (usually happens with each new subliminal).

Moreover, most of our subliminals are built in a very specific way. Our subliminals will not force you directly - our subliminals work similarly to a stream of water. They will find the cracks in the rocks, get inside, and start working from the inside out in an extremely powerful way.

Because of this, you won’t experience killer headaches and what some call “resistance”, which is a side effect of forcing the subconscious to submit.

We do not believe in treating your subconscious as an enemy, and hence the subconscious will be directing all of its power (instead of making it suppress itself completely as is the case with “resistance”) into changing you into the man you desire to be and manifesting your desires.

We believe in reconciliation - the process where you and your subconscious are working together to reconcile the beliefs you currently have with the beliefs you desire to have, as well as facing what you dread, together. This is a much more natural process, modeled after quite a few esoteric and now lately starting to be scientifically supported principles.

When you have your subconscious as an ally, you cannot be stopped. 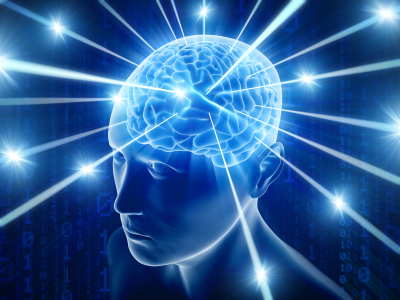 A side effect of this is that it requires extremely precise and careful creation methods. Depending on the size of the subliminal, it can easily take a couple hundred hours to fine tune everything perfectly (as is the case with EMPEROR), in order to have it work as intended and achieve the insane results we want.

And now, what can you expect from the different subliminals?

Ascension, one of our first products, specifically based for steadily increasing your status and helping you learn how to attract women, which is one of it’s more powerful sides.

It is one of the subliminals you need to get in order to grow yourself socially and as a seducer. Now, not only is it a sexual product, it is also a very alpha product.

It will change your mindset from that of a weak, frail man to that of an ascended, powerful man. 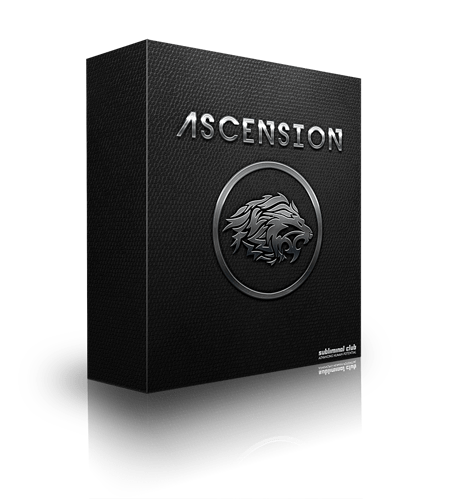 Moreover, it also has passive attraction and manifestation of women, meaning different energetic modifications and improvements (such as an incredibly powerful aura), to kickstart your efforts with it, and extremely potent personal power modules that will make women crave you and men admire you.

You can check it out here - https://www.subliminalclub.com/product/ascension-alpha-male-subliminal/

Mogul, our prime money and wealth subliminal. This bad boy has EVERYTHING money related covered in it.

Want to get out of debt and learn financial skills? MOGUL will help.

Want to get multiple promotions at your job? MOGUL will get you there.

Want to become an entrepreneur and open your own business? MOGUL has your back. 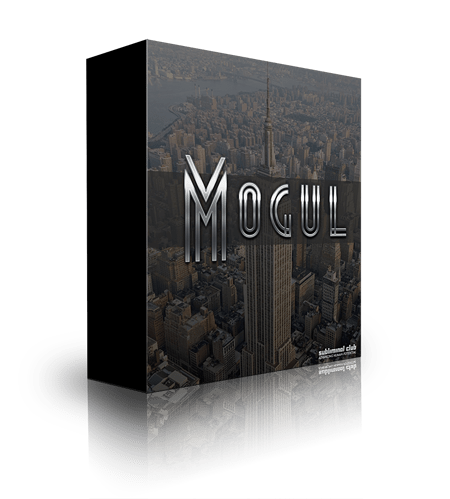 It will help you in whatever area you desire to progress, literally molding reality according to your wishes, and changing you from within in order to be a man that is worthy of his achievements.

Negative beliefs, past conditioning, toxic people that are blocking you from acquiring wealth - all will be removed naturally and effortlessly, while positive views will be instilled in you, as well as determination you never thought was possible.

You will also experience extreme status elevation, similar to ASCENSION.

And if things are really rough for you and you are backed against a corner, MOGUL will activate to its full potential in order to get you out of it. 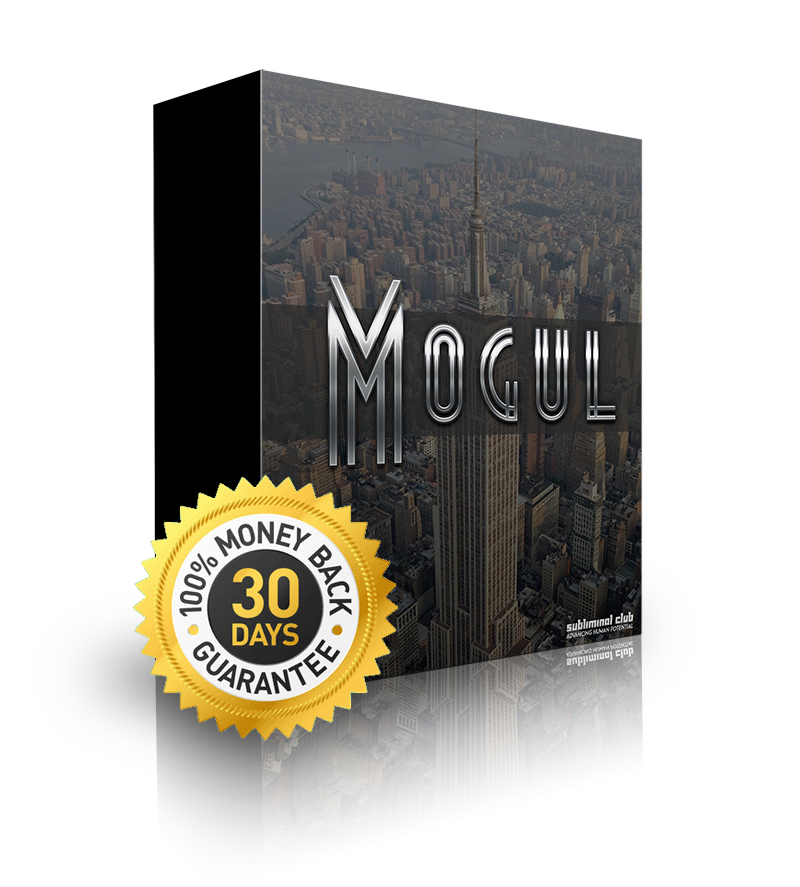 The art and science of wealth and money manifestation demystified with our advanced subliminal audio program. Unleash your full wealth, productivity and business potential by dissolving faulty, limiting beliefs and habits and replacing them with a...

Carefully combined and weaven together, this subliminal contains the full scripts of ASCENSION and MOGUL, alongside some intricate scripting allowing the two different scripts to work off of each other, in order to increase the effects of both. 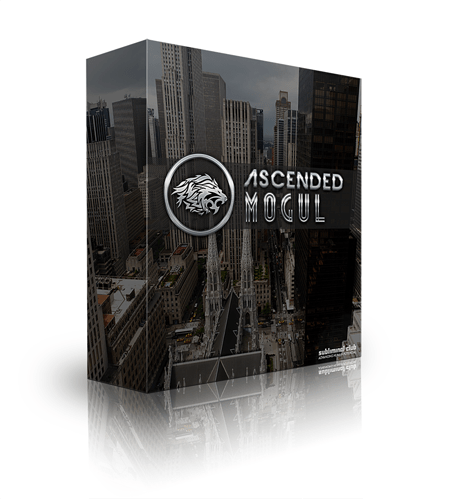 Because of the size of the subliminal, the effects of it will be slower manifesting but grander in scale - you will look back in time and see how whole lives were changed and massive events were orchestrated by your subconscious to get you where you needed and wanted to get.

Of course, you will also at that moment look back at yourself and think “was that really me?”. The inner changes that can occur are greater than just Ascension or Mogul, because it covers a greater area of self-development, and hence the subconscious will have more room to maneuver you and change you in the way that is needed.

But, of course, while these changes will be grander, they will be a little bit slower than running just Ascension or Mogul, so if you desire quick, instantaneous manifestation, go with a non-combined subliminal. 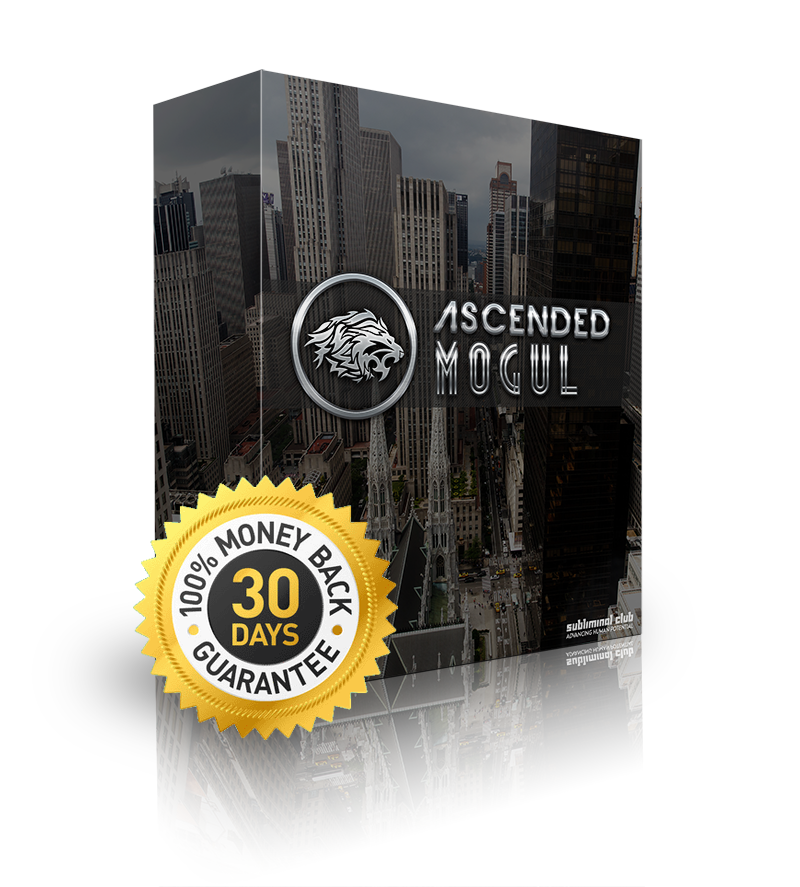 Ever wanted to make your partner scream your name in ecstasy repeatedly? 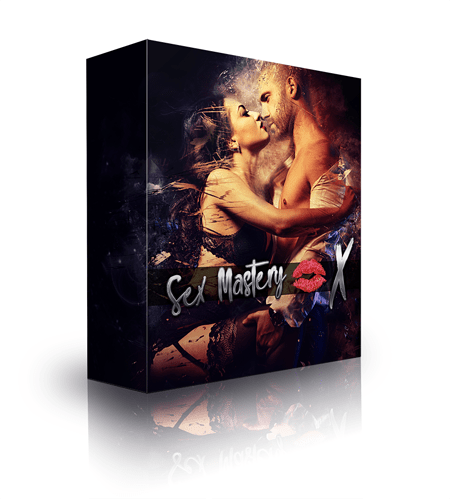 With this secret weapon of yours, you’ll be able to guarantee yourself and your partner a room in Bliss hotel. It will help with everything related to the sexual act:

And it will help you and your partner connect on a much deeper, more intimate level, where sex becomes something else entirely. You will be able to give multiple orgasms to your partner with ease, and you will know exactly how to do it, no guesswork involved.

If you like one night stands, Sex Mastery X will also help you read your partner in an instant, being able to attune to the most pleasurable areas of their bodies, as if you were psychic.

It really sounds like magick when you read it, but because of it’s intensely focused composition modeled after our WEAPON X series, it becomes reality. 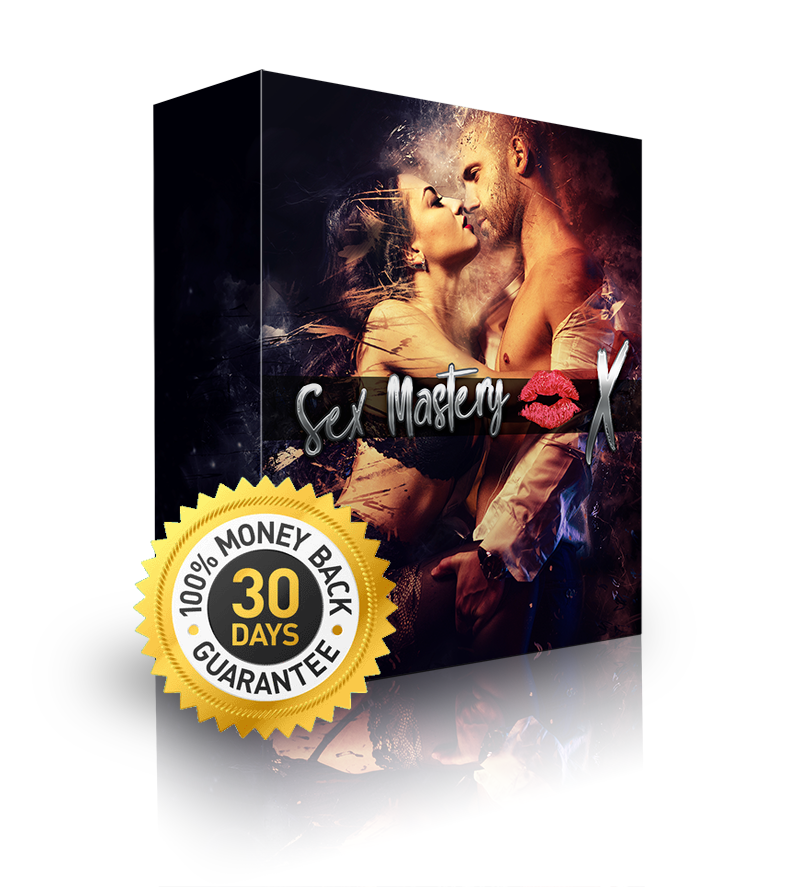 Love gaming? Want to beat your friends or the random assholes in public lobbies? Desire to become or already are a professional gamer?

This is the subliminal for you. 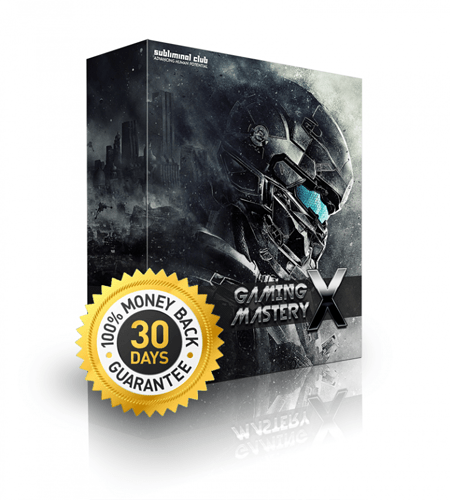 Another incredibly fast acting subliminal from the WEAPON X series, it will have an effect on every little area you might need to improve on while gaming.

Reflexes, endurance, precision, movement, game sense; you name it, it has it.

It will also help you with your composure and learning of the game, rapidly accelerating your skill levels due to its LIMITLESS module (which will also be released as a subliminal btw). 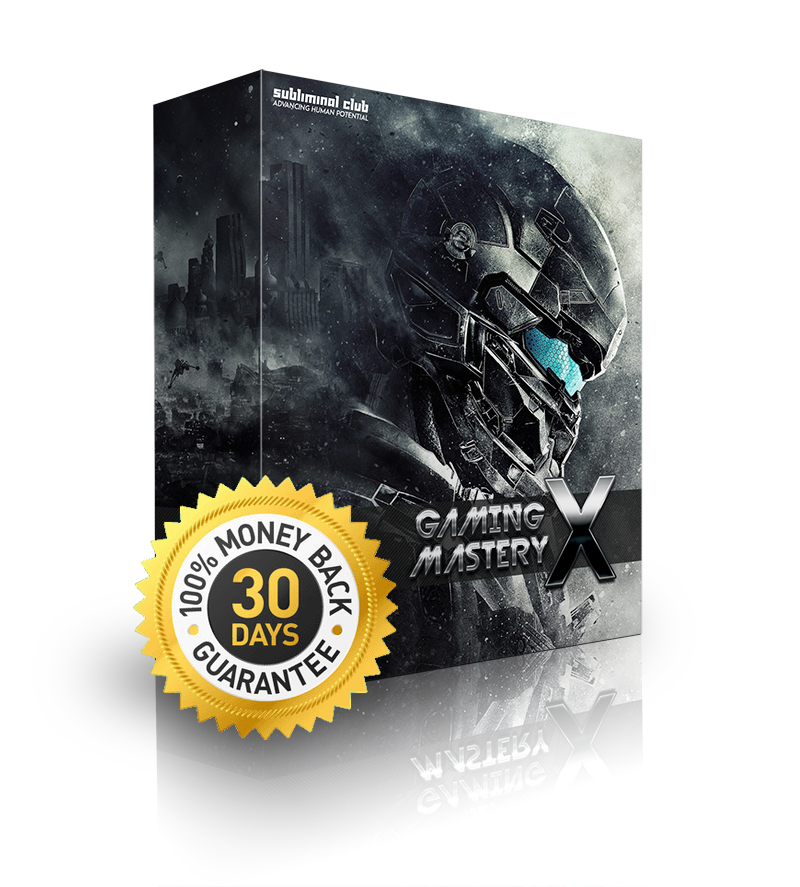 FOR LIMITED TIME: Use coupon “subclub” at checkout for 30% off your first order!The gaming revolution has begun. Be part of it or get stomped. Regardless of whether you're trying to become a professional gamer, or you're...

Currently the only subliminal containing extensive body changing modules - we call it the Steve Rogers effect. You know the scene in Captain America where Steve enters the coffin and gets injected with the serum?

That is one of the modules in this monster of a sub.

But, of course, this is a Muay Thai subliminal - and it is going to hone your techniques to perfection, while simultaneously working on your basic characteristics like your strength and speed.

Technique mastery, similar to Gaming Mastery X, is also included - but aimed at improving your striking and blocking capabilities, as well as dodging and improving your tactical and strategical abilities.

And to top it off, it has exclusive opponent-side scripting, making your movements seem blurred to the opponent that you are fighting (along other things… 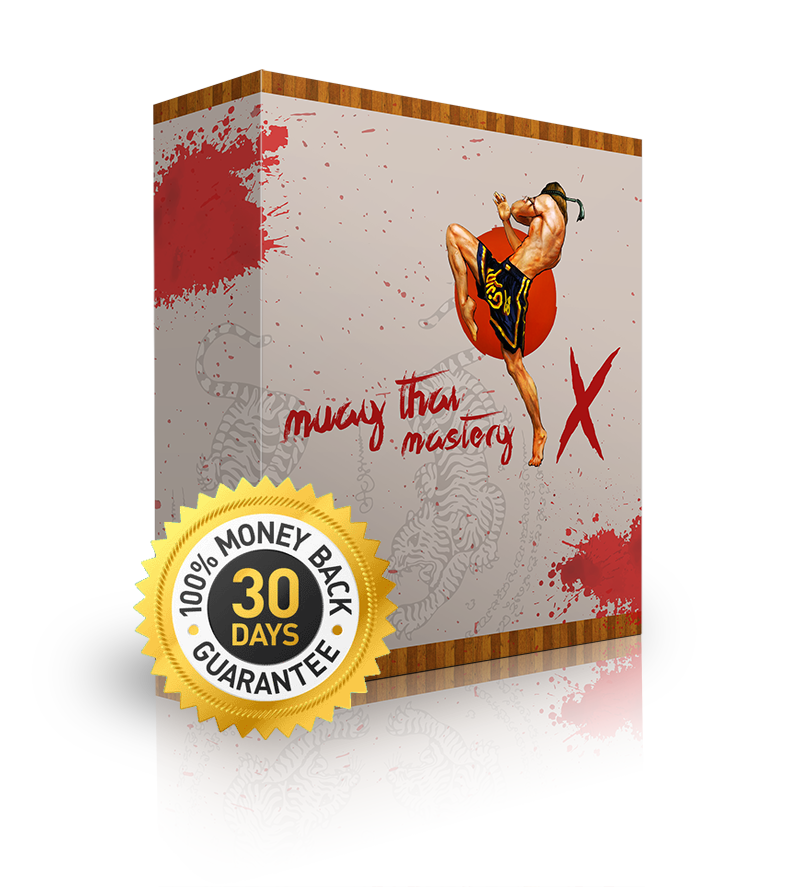 We get to talk about our latest, most powerful, the highest technologically advanced subliminal, the subliminal that took us the longest time to make (in the making for months) out of all the subliminals we have.

Outfitted with the latest, cutting edge technology, and with over a hundred of extremely powerful modules, with most of them being top secret. Here is a small snippet of the modules in EMPEROR:

And of course, we have the extensive EMPEROR core, which consists of over 20 pages.

While we have wanted EMPEROR to push the user forward as much as possible, and evolve the person over his limits and potential, we also wanted to capture the essence of what it means to be an Emperor, in the truest sense of the word. 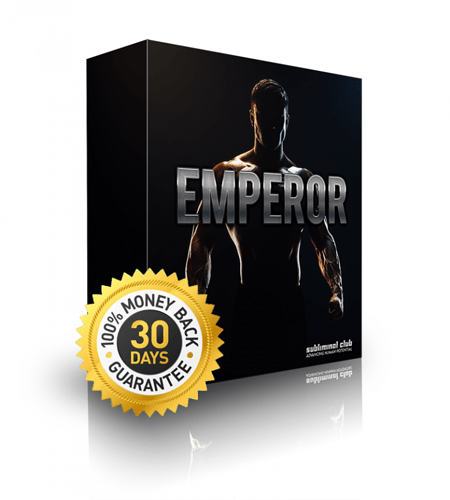 Which means… command respect wherever the fuck you go, instantaneously.

An Emperor has no need for introductions - whenever he enters the room, everyone FEELS it in their bones.

Whenever an Emperor walks, everyone will KNOW it. They will feel it in the air.

Whenever an Emperor talks, everyone will be silent, and your voice will be the only voice booming with power throughout the room.

But, that isn’t the only thing that makes an Emperor - an Emperor isn’t only appearances.

Your whole inner belief system will be shifted in order to view yourself as the one and only true ruler of your reality. Incredible confidence, eloquence, inner power - all are parts of being an Emperor.

And of course, not to forget, it has extensive energetic scripting, meaning it has an auric component to it similarly to Ascension, except on the level befitting an Emperor.

Now, keep in mind, EMPEROR is an extremely powerful subliminal, and IT WILL CHANGE YOU TO YOUR CORE AND SHAKE YOUR WORLD TO IT’S FOUNDATIONS. You have been warned.

It is a subliminal designed for those whose veins are burning with ambition and desire to build and rule empires.

Do you have what it takes… to be an Emperor? 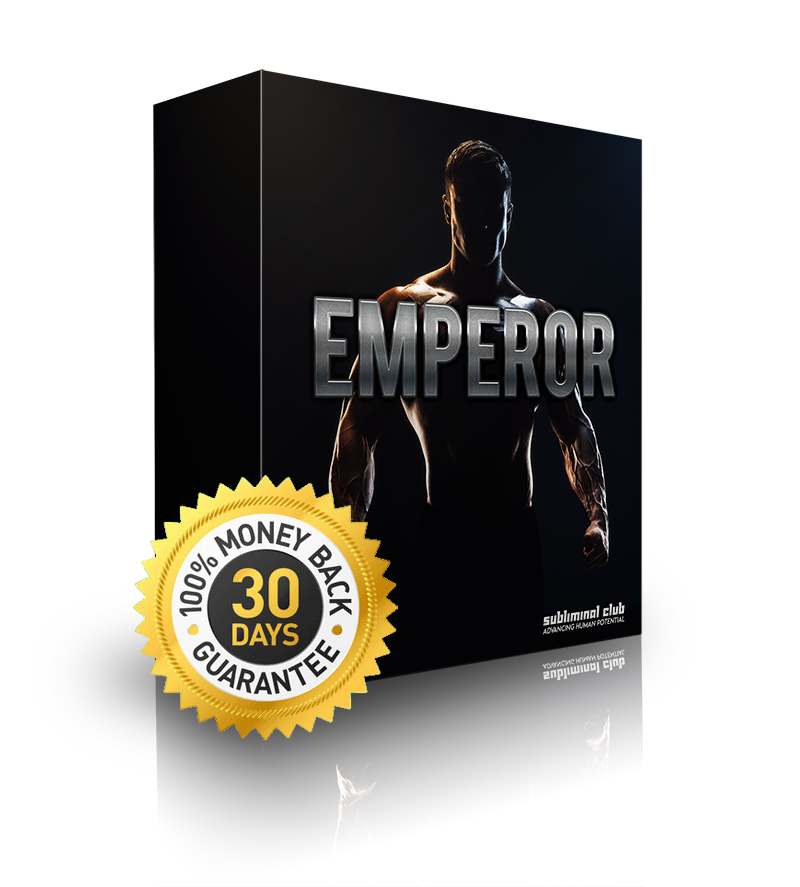 See full description below.em·per·or - noun "The sovereign or supreme ruler of an empire."There are alpha males. Then, there are those that transcends all definitions and labels. These individuals are the true rulers of their lives...

Give a primer about Primal bro

Be cool if they updated this and added more to it especially khan and stark.

Is there a possibility of you guys updating and adding to this one day in the future?

@Fire - this is an awesome intro for the newcomers and a refresher for the veterans. Love the story flow format of explaining one subliminal after another. Hope the tale isn’t over yet. We would love to hear more on the rest of the products here too.

Bump for updates to this awesome thread