Grandmaster Zhou Ting Jue can can generate heat up to 202 degrees Fahrenheit from his hands, proven by thermal cameras. Possible Subliminal Used to Emulate : Not sure. Perhaps Alchemist?

Listen to this: The world of earbuds is about to be transformed by startups whose products let you customize what you hear.

Instead of earbuds, which typically deliver music and voice sounds through a wire, and hearing aids, which boost certain frequencies (lost to the elderly who listened to loud music through earbuds in their misspent youths), the new hearables – wearable devices that live in your ears – enable the customization of environmental sound. You can cherry-pick which noises you want to hear better, and which you want silenced. 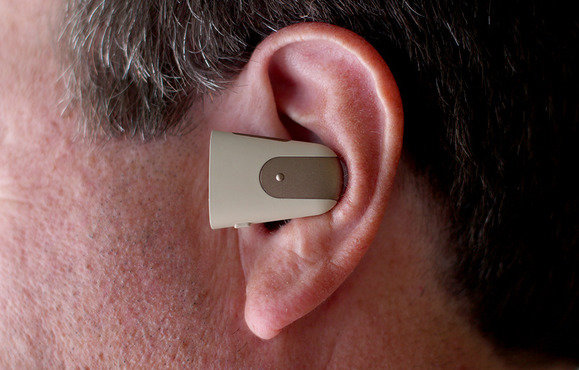 New earbuds give you super-hearing

Ready for hearable computing? Startups are rewriting all the rules for what earbuds can do. You heard it here first, folks.

while still having the ability to walk around lol

If you think about it the rules of our world are being rewritten and things we thought impossible even on a scientific level are being proven true. Like quantum physics and what science has discovered the past 5-10 years is incredible and amazing but also scary in a way if you think about the way technology is advancing in such a short amount of time.

Well, there are many ways one can define “heading towards the singularity.”

You can cherry-pick which noises you want to hear better, and which you want silenced.

I’ll take the subliminal messages without the masking sound, please.

does some wrist exercises and readies word processor

Can’t wait, this has been on my road-map for 2021 and Subliminal Club is already on it

You want to become a professor? I thought you hated the whole education industry

Watching this at the moment. A little basic but I like the diversity of skills it demonstrates and the idea of spiraling waves of consciousness.

I was just about to post this here, love the Remote Viewing part.

A Subliminal that contains it all, Mind’s Eye, Remote Viewing, Astral Projection, Lucid Dreaming, Channeling and last but not least Psychic Abilities such as Telekinesis, Levitation, Bi-Location, etc – anything is possible, name it the Psychic & Extra Sensory Perception Development.

@SaintSovereign, is there a possibility for this to come into being? I’m open for testing, and possibly so are others here in this Thread, it would tremendously enhance my Spiritual Practice and fast forward my progress.

Here are some videos that explain each and every phenomenon.

All of these videos is less then 10-minutes, so definitely worthwhile watching. I guess if the demand is high-enough, we can definitely worthwhile watching. I’m so eager to get this, that if this program somehow comes to the surface, I’m willing to share it with my psychic friends, on all available platforms I know of which is an audience of more then half a million people, and it will spread like no other, this could literally be ground-breaking for Subliminal Club.

Possibly. It’s also the quickest way to invite government regulation and other unscrupulous characters into our industry.

plausible deniability to transfer culpability to the individual. build a culture of acceptance but superficiality for people who would become too attached.

this is a common practice to hide information to those not deserving, call it antidemocratic, elitist, whatever.

Would anyone familiar on the subject consider Count of Saint German a superhuman? He’s suppose to be able to transform stuff into precious metals.

Nature has balance and karma will be served by the Universe, whoever thinks otherwise will pay the price.

Besides the Government is already light-years ahead of us in terms of psychic technology & research. There are only those who’re against us, and those of our own that turn against us as a result of the root cause of negativity, which is a part of the Government itself.

I say, let’s bring power back to people, every human is inherently good we live out of love for each other, even though most of them do not actually know what is good for there loved ones, due to the multi-mirrored programming of the ‘democracy’, which about to come to an ending.

Anyhow take your time, begin of 2021 would probably be an appropriate public release day for a program like this. The coming 3 to 4 months are going to be life-changing, this is what entire 2020 has led to.

Nature has balance and karma will be served by the Universe, whoever thinks otherwise will pay the price.

The culture should passively enforce this balance or else…

power back to people

multi-mirrored programming of the ‘democracy’

I don’t knock this view, but I try to view something better than bad as still not good.

Just to throw the idea out for others to think about. Democracy and Republic have always been in conflict with each other, Too much republic leads to power consolidation/tyrant, and democracy mob fascism.

I wanted to add, If some sort of natural selection could be reintroduced, whilst not “culling” good people, this would have the best long term karma for everyone. Civilization has long repressed behaviors but never decided to eliminate them effectively.

We could say that a person ends up using their shadow to benefit in some positive way, but this does not eliminate the shadow from existing, if that makes sense.