Other books that I enjoyed reading… Would also add Clouds above the Hill: A Historical Novel of the Russo-Japanese War. The characters in the novel were real and were quite prominent in history. Also enjoyed John Le Carre’s the Spy Who Came in from the Cold. Sad for the protaganist. Made use and disposed of after work was done - but then he was a spy anyway. Really, really loved J.G Ballard’s Empire of the Sun (made into a movie too). If you love the movie, you will love the book. Marg…

I haven’t read fiction for many years. It’s been a stressful period of time over past few years for me, with my mind focused on practical activities that ensure my most basic survival. Leisure activities have taken the back seat for a long-time and I really hope I would have more time to spend on them soon.

Putting up that list below was really a fun mental exercise where I exercised my memory.

Lots of memories of my growing up years came up as a I ran through the bookshelves of my mind those novels that I read below and thought about what really motivated me in life.

Undeniably, reading fiction did have an impact on my imagination, my motivations and my experiences.

I’ve always wanted to improve my reading proficiency in other languages so that I could read some novels in their original languages and not English.

I guess it’s the time to work on this.

Chinese medicine/cosmology has the 穴位. Points where the bioenergetic flows ‘breach’ the surface of the body and can be influenced by various techniques. There’s also 內功 or internal work which engages the deep flows of functional energy directly, bypassing those points completely. Apparently, traditional Indian cosmologies have the equivalent concept of ‘nadi’, though I haven’t studied so much about that myself.

Yes, also known as 穴道. Any blockages will result in poor health in various aspects. That’s why acupuncture is supposed to aid the flow of this energy.

For myself, I think of Qi as dynamic living process or maybe activation. It seems natural, and not exclusively mystical or supernatural. Qi is like the ‘living style’ or ‘processual style’ of a phenomenon. We can talk about the 氣 of evening traffic on the highway, or the 氣 of a group of people exiting a concert hall, and so on. It’s that dynamic essence of any evolving phenomenon.

Yes, actually both Eastern and Western religions both refer to this, just in different ways. If you think about it, God can’t be an old man in the sky if he is supposed to be omnipresent. The old man in the sky concept is just an anthromorphic way of viewing things that was easier for many followers to grasp.

The old man in the sky

That is a well-loved classic.

We humans have really loved our old men in the sky.

Be kind. Protect yourself and whoever else needs protecting. Allow the rest to evolve naturally.

How do you say that in Latin?

I’d make that my motto.

Are you doing any 氣 cultivation practices? How is your journey going?

p.s. hope your mom’s treatment is going very well. sounds like an issue that acupuncture would really be able to help.

What effects did you experience from Information so far @King?

Those books I put up on the favourite fiction thread are probably Information Releaser as my subconscious mind has been going through some serious digging today.

Informaticon not so much effect though I’ve somehow managed to come up with a solution for a problem I have with my web design project.

Oh I made a typo, yeah I meant Informaticon

Did you notice that you always somehow find the right information for a project?
Or I believe Informaticon also shall help with guiding towards the exact needed loops you need for the custom. Did you experience that?

Or I believe Informaticon also shall help with guiding towards the exact needed loops you need for the custom. Did you experience that?

Not yet. But preferably I like one full loop uninterrupted.

I see, thank you for your insights @King

And all the best for your mums treatment

Be kind. Protect yourself and whoever else needs protecting. Allow the rest to evolve naturally.

Read a book on learning Latin many years ago but have forgotten most of it. The above translation from Google sounds right though.

Are you doing any 氣 cultivation practices? How is your journey going?

Still doing my “I am” meditations and focusing on observing my breath. I will aim at mastering this before doing a body-wide awareness meditation.

Yes, she is getting slightly better with acupuncture. Thanks.

Yes she is getting better thanks.

A: Okay, we’re ready to engrave the motto. What is it? 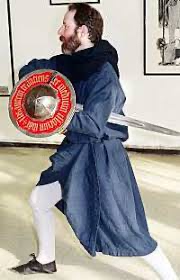 (spoken in unison): We’re going to need a bigger shield.

Strange. Did I manifest an error flight booking?

An airline sent me an email saying that I need to make preparations for a flight to an overseas destination on the 30 of August.

That’s strange. I’ve never made any flight bookings this year.

Edit:
Just called the airline and they told me there was a backend error in their system. Anyway, they let me be excited for a few seconds as I had thought that someone had booked a surprise flight for me and that I would really be travelling on the 30th of August. .

How To Cultivate The Mind's Eye? Questions and Comments

I just thought about this idea of a radio dial. To some people, moving the dial is easy. To some others, moving the dial takes a lot of effort. It’s still a difficult concept to grasp. How about we see the idea of manifestation as something like this optical illusion. In such an optical illusion, what you get is what you want to see. If your subconscious mind wants to see an old woman in the photo below, it will see it. It took me 10 seconds just to see an old woman in that photo, because my …

The above incident, lasting for a few seconds, seems to validate this theory. I just had a glimpse of what I wanted to see - that I would be travelling around and out of the country very soon- at least for a few seconds until I was knocked back into reality.

I deleted most of my social media today except for Facebook as I still need to communicate with certain people on messenger.

In way, I have been Marie Kondo-ing myself online. Lots of things online that do not spark joy within me.

In my latest dream, I saw that there was a lot of discussion about this book in this forum.

I haven’t read this book yet, but it seems that it’s worth the read. Robert Moses looks like what Emperor could make out of a person. 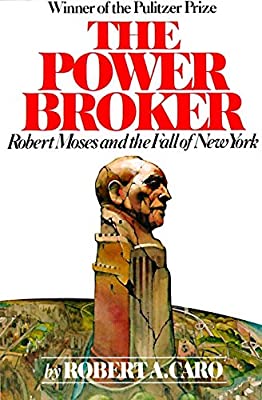 The Power Broker: Robert Moses and the Fall of New York

But The Power Broker is first and foremost a brilliant multidimensional portrait of a man—an extraordinary man who, denied power within the normal framework of the democratic process, stepped outside that framework to grasp power sufficient to shape a great city and to hold sway over the very texture of millions of lives. We see how Moses began: the handsome, intellectual young heir to the world of Our Crowd, an idealist. How, rebuffed by the entrenched political establishment, he fought for the power to accomplish his ideals. How he first created a miraculous flowering of parks and parkways, playlands and beaches—and then ultimately brought down on the city the smog-choked aridity of our urban landscape, the endless miles of (never sufficient) highway, the hopeless sprawl of Long Island, the massive failures of public housing, and countless other barriers to humane living. How, inevitably, the accumulation of power became an end in itself.

Moses built an empire and lived like an emperor. He was held in fear—his dossiers could disgorge the dark secret of anyone who opposed him. He was, he claimed, above politics, above deals; and through decade after decade, the newspapers and the public believed. Meanwhile, he was developing his public authorities into a fourth branch of government known as “Triborough”—a government whose records were closed to the public, whose policies and plans were decided not by voters or elected officials but solely by Moses—an immense economic force directing pressure on labor unions, on banks, on all the city’s political and economic institutions, and on the press, and on the Church. He doled out millions of dollars’ worth of legal fees, insurance commissions, lucrative contracts on the basis of who could best pay him back in the only coin he coveted: power. He dominated the politics and politicians of his time—without ever having been elected to any office. He was, in essence, above our democratic system.

I had a call with a recruiter.

I will be taking up a part-time temperature screener position at a hospital for 3 months. The hourly rate for the role above is the average, so I’m quite fine with the compensation.

Apart from providing myself with the much needed urgent cash, this will help me buy some time for my other business ventures to pick up and gain momentum.

Good opportunity for me to get out of my house and test out something like Libertine too.

Dreamt that I was in front of a mirror trying out different used spectacles as the ones I had been using were damaged. None of them were working perfectly sadly, and I had to resort to taking the working lens out of one pair to combine with the working lens of another pair.