Not sure why I always encounter incidents that make me unhappy after I run Ultima Rebirth.

I didn’t like it during work where colleague A told me to let another colleague B take over some of the tasks that I was doing because that other colleague B apparently didn’t seem to be doing enough work, which wasn’t the case exactly. Colleague A used the term “unfair”, which was completely unjustified and ignored the fact that she herself was also a slacker with some shoddy work attitudes.

Anyway, I just told the colleague A that I would not be involved in whatever childish games that they were playing,. After all, she did not see the whole picture but had enough people in her clique to support her in her attack on colleague B. It was also unprofessional of colleague A to be talking bad about colleague B behind her back.

I was irritated that colleague A seemed to be treating the workplace like a high school.

Anyway, I soon realised how toxic that workplace had become after working there for a month. No matter that it was a temporary position but some people just didn’t take it seriously and displayed bad work attitudes openly.

I’m probably going to be ostracized by a large portion of the team for not joining them in playing the high school games but I don’t really care any more. I only have two weeks left in the job as I don’t plan to renew my contract anymore.

I have been playing Ultima Dreams before sleeping for the past few nights.

Last night, I dreamt that somehow I was back in England on a visit. In fact, this is not the first time that I dreamt about myself being in England.

I dreamt that I was sitting at a rectangular table with a few other people.

sounds like an astral initiation into the knights of the rectangular table.

Yea, because it happens to be a rectangular table with people in King Arthur’s homeland?

unless I read is through my aura or unconsciously… no,lol
I just read that last one and wrote what popped into my head.

reading the one above the connection makes sense.

This time round, I want to really go deep and familiarize myself with the wider aspects of a project financial model beyond the revenues, opex and capex sections. Apart from that, I want to learn about deal origination in the project finance sphere.

Becoming more committed to going down this path…

I am not sure if it is due to Mogul or The Executive, but I have a strong urge to quit my temporary job.

I would be happier spending one more month preparing for my new career/consultancy stream by taking up the relevant courses and tapping on my networks.

Plus I want to spend more time on an e-business that I am helping someone with.

UPDATE: I finally made the decision to submit my resignation for my temporary job. I feel a sense of relief and excitement now as I am moving in a direction more in line with my background. I would be happy to run Mogul everyday till the end of the month, and then run something like EmperorQ to help me focus on learning what I need to learn in preparation for my new career.

I wonder if The Executive is making me work towards a more structured life by taking me out of the inconsistent shift-work out of my life?

With a more structured lifestyle, its easier for me to work towards my short-term and long-term goals.

Woke up from from a deep sleep and had a very very vivid dream.

I am wondering if the sleep deprivation caused after 3 consecutive overnight shifts had caused the vivd dreams.

Still running Mogul Q on its own.

It’s getting clearer now the direction I want to go into.

Taking into consideration the need to learn a skill for a career that doesn’t require a 360 degree change for me on my part and that also doesn’t take years for me to attain certification in (e.g. law or accounting), I want to just focus on being one of the best financial modellers in my field.

Before that, I’ll need to take up a course to master excel VBA.

When I’m done with my temperature screener job and some funds coming in at the end of the month, I can focus on that path.

I am taking a break from subliminals until 1 November.

I don’t think I have ever taken a week-long break from subliminals since I started running Sub Club subliminals over 2 years ago, so I am interested to see the effects.

I am expecting some web design work for a customer of mine to restart in early November, while I also want to take the time to learn up on VBA and financial modelling.

I will wait for the other mask options to be available first.

For much of my life, I have had people approaching me with lucrative opportunities that I was supposed to look forward too. These covered both my romantic life and career. However, for some reason , these opportunities just vanished in front of me after a while even before I could take the necessary action. The thing is that I couldn’t say that I lost the opportunities because I made a mistake when they vanished before I had even started the first step of taking action.

@SaintSovereign Do you know if there is any module to address thinking/situations like this? Many thanks.

Still on my subliminal break.

I just finished a conference call with a company that provides market intelligence and news for my sector at a scale 100x more extensive than mine. They had looked at my website and based on the amount of market information that I had collected, there is a lot of room for cross-collaboration and marketing. They said they could also help me market my commercial research reports on their website.

If this collaboration is successful, I don’t have to close down my company any longer.

This is a great question, I experience many situations like this as well. Even when I act fast, it doesn’t always work, in fact in some cases action is the wrong action, and no action would have been the right action.

After reading Joseph Murphy’s book, I am considering upgrading Glorious Dynasties or the new Ultima custom to be aligned with Neville Goddard’s New Thought teachings.

The modules that should be in such a custom would include

The rest would consist of wealth enahncing modules as well as Medici.

I have some ideas…but this would be too much for an Ultima custom. That would need a separate plan altogether. FYI I documented all manifestation modules here: 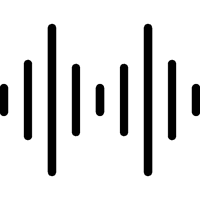 Having a bad ear infection recently.

Will continue with my subliminal break until I get better.

Business seems to be picking up but very very slowly.

I just finished a conference call with a company that provides market intelligence and news for my sector at a scale 100x more extensive than mine. They had looked at my website and based on the amount of market information that I had collected, there is a lot of room for cross-collaboration and marketing. They said they could also help me market my commercial research reports on their website.

I’ll just have to depend on faith now.