It’s may probably be inside any of the Core Modules.

I have a lavish, steady, dependable income, consistent with integrity and mutual benefit.

The theme of my dream last night was “quantum reality”, which was an idea I had been reading about in the day.

Anyway, last night’s dream was quite vivid involving myself going for a job interview with a company three times on the same day, and the interview was disrupted each time mysteriously by myself blanking out and waking up to see myself in a different location and my interviewees disappeared. This was a company I was familiar with and had gone to a job interview with in real life.

The interview would continue again with the interviewers reappearing and treating things as if nothing happened, before the entire scene blacked out again.

After the disastrous interview, I kept questioning my friend who had set up the interview for me, expressing my disappointment and mocking him about the events. I even brought up the idea that there was some strange paranormal activity in his company.

there are occasions when our quantum realities collide.

In your readings did you discover an example of this or way of knowing when this is happening?

Below is something that I have copied and paste from somebody in a reddit forum. Not sure yet if I can post a reddit link but will do if allowed. Collision of the quantum realities occurs as a matter of “joint awareness” at the same point in the time-space continuum.

I have a similar thought experiment that I call the Bubble of Perception or your “Reality Bubble”.

Each person has a physical bubble around him that ends at a certain distance, depending on how far s/he can see, hear, etc. This physical bubble forms one piece of his overall perception-reality. This bubble can be extended with technology, such as cameras (tv, twitch streams, etc) and microphones (surveillance, security…). Inside the physical bubble is a list of physical items, people, actions and events which the observer is now aware of. For example, there is a phone in your hand, so you are aware of it. Your clothes. Your roommate.

The second bubble is knowledge of ideas and concepts. For example, you know your coworker is 26 and is married with one son. This coworker is not currently inside your physical awareness bubble, but he still exists in your bubble of concepts. Also in this bubble are ideas that you have learned such as how many letters there are in the alphabet, how to solve a particular algebra problem, or a celebrity’s biography.

This is the interesting part. Your coworker that is 26 was only in a “normal” state as long as he was also in your physical bubble. When he moves beyond that, he disappears into your concepts bubble. Thus you cannot know if he has become sick or gained a pound until you either learn it through tech (text, phone, internet) which is brought into your physical, or if you actually see him again, he is in your physical bubble’s range.

Anything you haven’t learned yet, such as the vocabulary of a foreign language, people who live in another country, the eye color of your neighbor 5 doors down, the name of the street on that back road, the life story of Mandela. These are only vague ideas until you have brought them into your awareness.

Therefore there may be someone out there who knows your neighbor’s eye color, but because you do not, it is in superposition for your reality-awareness.

Now, let’s say that your neighbor’s eye color is brown. She knows it, her friends and family know it, anybody who has stalked her on social media knows it. But you’ve never seen her or her pictures, and nobody you know has ever told you her eye color.

What happens when you learn her eye color for yourself? It is still in superposition for you, so Schroedinger’s Eye Color could turn out to be blue!

I believe that even though other people are aware of her brown eyes, the fact that I don’t know means that their knowledge is subject to my own awareness. By this I mean, her eye color is not set in stone in my version of reality until I perceive it myself, either by being told, through a picture or directly observing. Therefore there is a kind of rewriting of history that can take place. Outside my knowledge, they knew she had brown eyes. But you don’t know they know. So when you learn they are actually blue, your version of reality must update this fact not only by coloring her eyes themselves, but it must also update the memories and knowledge of everyone who knows her!

Collision of realities brings new perspective on “Merger of the Worlds”.

I had a headache lasting throughout the whole evening and night and could only suppress it partially with aspirins.

Haven’t had a headache for a long time - perhaps it is due to the cold I caught due to the rainy weather here.

I had not been running any subliminals for the past 2 days.

1 loop of Mind’s Eye Terminus Square it is today.

Beginning to see some hope for my consultancy business - need to change direction a bit but there is something I must work on.

I can vaguely sense patterns now while certain pieces of music are playing in my head.

For example, when I play the The Blue Danube in my head, I sort of imagine myself looking from above where many umbrellas of many colours are lined up neatly in columns and spinning around. Or perhaps I am looking at ladies in big skirts spinning and dancing.

It all exists in my mind currently, and just like the classical piece The Blue Danube playing in my head,I know that it is all in my mind. But it can be quite relaxing sometimes just sitting down and imagining such stuff.

Looking at what I post in this forum these days, I feel that I am getting a better understanding of how my reality works and am better at expressing it in simple terms.

Things getting clearer day by day.

To remind myself that reality may be subjective. 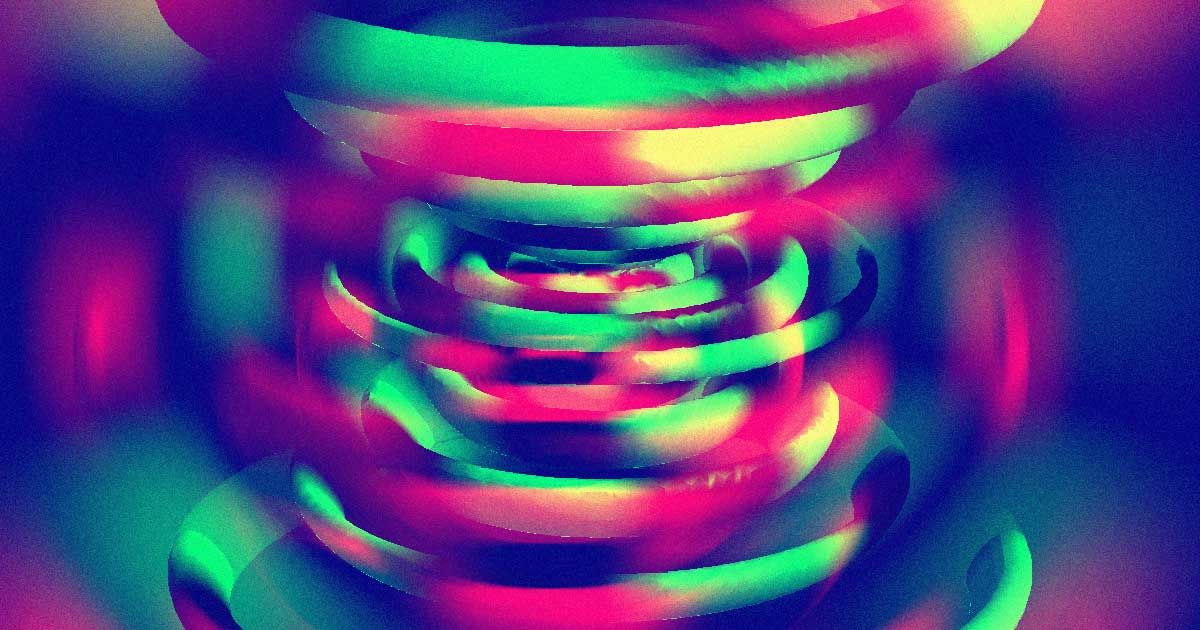 Bizarre new quantum research: Reality itself may be subjective

The physicists' aim was to scientifically prove that measurements in quantum mechanics are actually subjective and dependent on the observer.

Say you tossed a coin in a closed room and your friend is outside that room trying to figure out the outcome of your coin toss. Once you’ve tossed the coin, you know for a fact what the result is. Your friend, however, cannot tell the outcome from the outside: to them, the two states, “heads” or “tails,” are “superimposed.”

Quantum physicists describe this difference in established facts as a contradiction — your friend observes a superimposed state, while you observe a definite answer.

I dont quite understand this. I thought it would be a contradiction only if the friend was in the room, witness the coin toss but come to a different conclusion about the result. ie You say it’s Heads, they say it’s Tails.

The contradiction is in you have certainty of an answer and your friend has uncertainty, only aware of the probabilities and possible outcomes (superimposed possibilities).

To make this analogy subjective- while we perceive probabilities and outcomes, things can already be decided/ the outcomes can already have happened and vice versa-what we perceive as certain is still just a probable outcome/possibility

Please explain this in relation to the coin toss example. I dont get how me already observing the outcome (say Heads) is still just a probably outcome/possiblity.

the friend speculating outside is observing a probable outcome/probability/possibility since they do not know the outcome.

Yes. In the realm of quantum physics, there is no actually such thing as time and space. There are infinite possibilities, probabilities and outcomes happening at once. It is only when you are aware of the outcome then it becomes real.

If you close your eyes and throw the coin in the room, you don’t know on which face it lends until you open your eyes and look at the coin. So you are no different from your friend outside the room, who cannot tell the outcome and are observing the coin in a “superimposed” state.

When you open your eyes, or if your friend enters the room, the observer will be able to tune into a state of awareness in which the outcome is solidified into your 3-D reality.

I agree with everything you said, but the title “Reality itself may be subjective” is misleading to me. I would agree if it said “Perception of Reality may be subjective, depending on the location where we perceive it from”.

When you open your eyes, or if your friend enters the room, the observer will be able to tune into a state of awareness in which the outcome is solidified into your 3-D reality.

and in the quantum world the nature of observation (subjectivity) effects the nature of the observed (what we may monitor as more objective reality.)

To go down the quantum rabbit hole just a bit,
your observing the coin toss may alters the outcome of the coin toss.

We can observe the impact of electrons acting as waves in a double slit experiment by the marks
they leave on a wall.

but when we try to observe the electron waves passing through a double slit they become particles
and impact a wall like a particle not a wave.

Physics in a minute: The double slit experiment

One of the most famous experiments in physics is the double slit experiment. It demonstrates, with unparalleled strangeness, that little particles of matter have something of a wave about them, and suggests that the very act of observing a particle...

This is the hyper simplified quantum basis of how intention can impact reality.
and also why one shouldn’t monitor physical change subs like facial morphing lol

@Azriel Are you running I.Q and Cognitive Booster in your custom sub??

What’s funny, is I was just thinking
how the fuck am I understanding this.
I’m running Emperor with has Quantum Limitless and Mind’s Eye
Mind’s Eye T Squared most recently which also has some component of quantum limitless.