At the same time, wanting to get laid and changing my thought patterns about it is what led me to subclub and other self dev(I’m not so much self dev anymore, I’ve read the subtle art of not giving a fuck and it really represent more how I see life now). But you know the general “wanting more” path, and knowing myself.

Haha. Some people argue that wanting to get laid has driven many of the developments in history and civilization. I don’t know. But why not? Freud always talked about the power of the sexual force, the libido.

I take it from your post that you are currently 25? You sound great to me.

For sure, you’ll be able to pursue money when you want to do so. Also, I expect that some of the money stuff will happen naturally/be easier when you do get around to it, because you’re already running status- and confidence-related programs.

I remember looking through that book ‘The Subtle Art of Not Giving A Fuck’. I think that point-of-view makes sense.

And yes, some people do have sex a lot with different people. Seems cool, but only if it’s actually fun and if people involved are all doing basically okay around it (healthwise and mindwise). If it’s fun and safe enough, that’s great. If it’s not fun, because it’s too filled with pressure or something, then it’s not worth it. Guess that’s where the healing comes in.

Something I wrote in an offline journal yesterday was:

Desire is a feeling about yourself that is experienced as being COMPLETELY about something else.

I think that’s probably true. For example, if I’m healthy, if my testosterone is up, if I’m feeling good—suddenly there are so many more attractive women around. hahaha. If I’m feeling a bit down and not so good about myself, the desperation starts to creep in. and so on and so on. But either way, the way I feel about other people seems to proceed pretty directly from how I’m doing. Awareness of this point is pretty slippery and elusive–hard to hold on to it. If you get sucked into the picture and lose perspective, it does seem that the desire, the pressure, the evaluations are really about her, you forget that it’s about you.

So, yeah. Anyway, you’ll probably be able to write the book on this stuff as you log more miles in your own adventure.

they might have a healthy sexuality, but relationship wise… Medium. So!

I know right now your focus is money, but do you have objective regarding relationship right now?

(or sex and seduction wise)

hmm…first of all, thanks for asking. Secondly, hmmmm…well, bruh, I’m 47 years old, 18 years into this marriage thing. I’ve got two kids and the oldest has basically moved out.

the short answer would be: no

but that’s not true. it’s healing. like real healing. When it comes to relationships (sex and seduction), my objective is healing.

i guess to me sex is just one very intense section of a much wider spectrum that is about Social Interaction and Energy Exchange.

And the way you want to be is to 1) be able to take care of what needs to be done or what is appropriate while 2) being relaxed and having some perspective so you can appreciate your life.

Most of us, have a whole bunch of uptight, frozen, and tense areas around this whole thing: The Give and the Take of relationships and interaction. Being able to release some of those issues but without falling apart, that’s the way to go.

I’ve got a whole bunch of stuck places and frozen places. They impact sex sure, but they go much further beyond that. So, I think that’s where I am with that stuff.

Hope that the parts of me that feel like shit can feel less like that and learn to be healthy and thrive. Hope I can have enough of a surplus of thriving that I can be patient with other people while they work through their own areas that feel scared and fucked-up. Hope to find my ginga with this life stuff. Hopefully not to take as long as this guy.

How much exposure weekly do you get to Alchemist, like how many loops in total?

How much exposure weekly do you get to Alchemist, like how many loops in total?

Hey, man. Good to see you here. Pull up a chair. Here’s some lemonade. 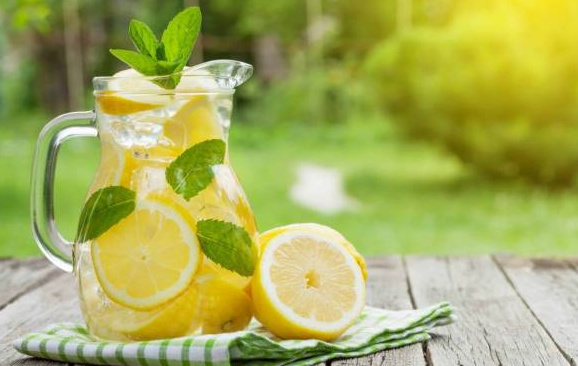 I play Alchemist on Tuesdays, Thursdays, and Saturdays.

Right now I do 2 loops of Stage 2 and 1 loop of Stage 1 (the Stage 1 loop is just for a bit of follow-up, but I’m allowing that to drop off nowadays).

Occasionally, I’ll play an extra loop of Stage 2, or every so often I’ll stick it into an overnight playlist.

So, I get between 6 and 9 loops of Stage 2 Alchemist per week.

I’m spending 3 months with each stage. Did Stage I July to October, Stage II is planned for October to January, and so on.

Awesome,
I may adopt a similar strategy similar, Terminus + 3 Q subs a day is catching up to me
and if I stack 4 Q I likely won’t have time.
some people running Alchemist as a main sub may still only do 1-2 hours a day. So I imagine your certainly getting sufficient exposure, especially if going 3 months strong.

thanks ( I drank it with my mind’s eye)

I see it as integrating rest into my ongoing routine. So, I only take 1 (completely subliminal free) rest day per week on Sundays. So far, it seems to be working.

I figure that it also gives my mind a kind of ritualized routine for associating the programs. Each session has a different mental association for me. Day A with Wealth and Quantum Limitless feels a certain way. Day B with Mind’s Eye and Alchemist has its feel as well.

I love it, to be honest.

There was one touch-and-go period right after I put in the final Terminus2 program. But after wobbling a bit, I saw that I needed to pull back and be more gradual with that one, and then it was all good.

Let me know how this goes for you. I was considering something similar (taking some of the modules from the full wealth custom I don’t listen to and making it into an ultima)

I think that’s probably true. For example, if I’m healthy, if my testosterone is up, if I’m feeling good—suddenly there are so many more attractive women around. hahaha. If I’m feeling a bit down and not so good about myself, the desperation starts to creep in. and so on and so on.

I relate to that!

When it comes to relationships (sex and seduction), my objective is healing.

i guess to me sex is just one very intense section of a much wider spectrum that is about Social Interaction and Energy Exchange.

Thats great, didn’t knew your age, I can se why now our objectives are so different. Really makes sense and is really healthy as an objective! And your walth custom seems amazing hahaha

I don’t want to hijack your thread, but I really like having those kind of conversations with people more mature than me, it really makes me realise that there is a lot of shit I haven’t live and can really have a cool perspective on life

I’m noticing an increased motivation to connect with my work.

A metaphor came to me earlier, I’ll see if I have time to express it later.

Let me know how this goes for you. I was considering something similar (taking some of the modules from the full wealth custom I don’t listen to and making it into an ultima)

It was interesting. I’ve only played 1 loop so far. But when I was about 45 minutes into this first loop, a family member made a comment to me. Not wealth-related. But a suggestion on clearing up some clutter that’s in our apartment. I got a sense that it might be related. (Though it’s neither easy nor practical to follow the suggestion.)

Well, we’ll see where this leads. Tomorrow’s my subliminal-free day, and I probably won’t play it. And Monday’s pretty packed with meetings, so not sure if I’ll play it that day either. The next definite day is Tuesday. I like the idea of getting into it gradually at the beginning. I’ll probably take the first week to acclimate and let it breathe.

Mind’s Eye Terminus2 is bringing about a state of comfortable, stimulating, deep relaxation these days.

How long have you been running it?

Damn nice anything that really stick out for you on it?

In the beginning, it stirred up unconscious Shadow material.

That stopped after a while.

Generally, throughout the entire experiences it has been almost a physical experience of mind. Always a sense of ‘something’ happening.

Here is the sigil that represents my current stack: 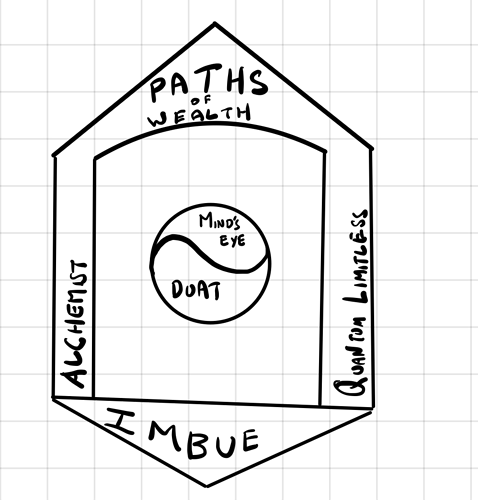 The current plan (as described many times up above) is that in mid-May 2021, I will create a new Custom built around the cores of Alchemist stage 4, Quantum Limitless stage 4, and Mind’s Eye. That Custom will be NAISSANCE.

At that point, my new Stack Sigil will be: 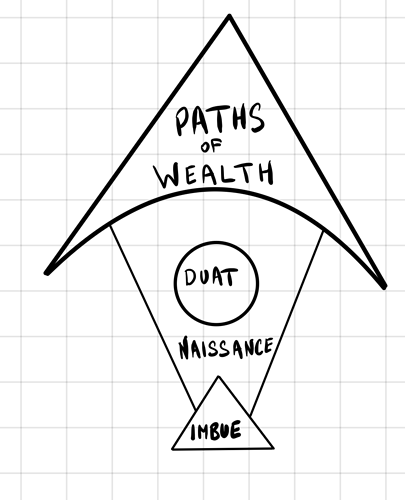 Interesting that DR did not interrupt your plans, I feel that you may be an individual who is more suited to run that.

Interesting that DR did not interrupt your plans, I feel that you may be an individual who is more suited to run that.

There are very few programs from Subliminal Club that do not appeal to me.

But the subliminals are serving me, I am not serving them.

I’m going to love Dragon Reborn once i finally do reach the right time to run it. Fortunately, I also love the programs i’m running right now. and since mind is also inter-subjective, I also get to have it both ways and appreciate Dragon Reborn through the amazing experiences of you, my people here.

But the subliminals are serving me, I am not serving them.

great distinction, this was really good to hear right now
and would be wise for users to keep in mind.

Every so often comes that day,

when I want to put on Prokofiev Gavotta, Non Troppo Allegro.

and yep, that is today

Then for sharp contrast,

And then the exquisite, soothing peace of Debussy’s En Bateau from Le Petit Suite.

and then we move on with the day