You know I can’t answer the first question. As for the second, you’re feeling the results yourself. One loop and people are executing the script perfectly. More details will come in the future. I don’t want to influence the test too much. Just know that it’s going well.

Also, not sure about the muscle spasms – doesn’t seem to be widespread. Can you give me more detail about them?

Also, not sure about the muscle spasms – doesn’t seem to be widespread. Can you give me more detail about them?

Actually it feels like electricity going through my muscles whereby it starts to twitch.

What tools/processes do you use to solve these yourself?

Many times it just is an experience I had to go through in order to learn various lessons in that case it just solves itself. In other cases, I never bother and I build up the belief that I’m entirely healthy and that no disease or injury can penetrate me. So if that’s the belief in your unconscious then things just solve themselves, no matter the way.

This is so important about manifestation, the ‘how’ doesn’t even matter, these literally a super-conscious which is trillions times more intelligent then your ego that will attract to you that which you’re. Never try to force an outcome when you’re manifesting – be careful what you wish for as you might just get it

What tools/processes do you use to solve these yourself?

lol, and I just looked up the Henoch-Schönlein Purpura I was once diagnosed with, at that time I was to young to understand what was going on. But look here: 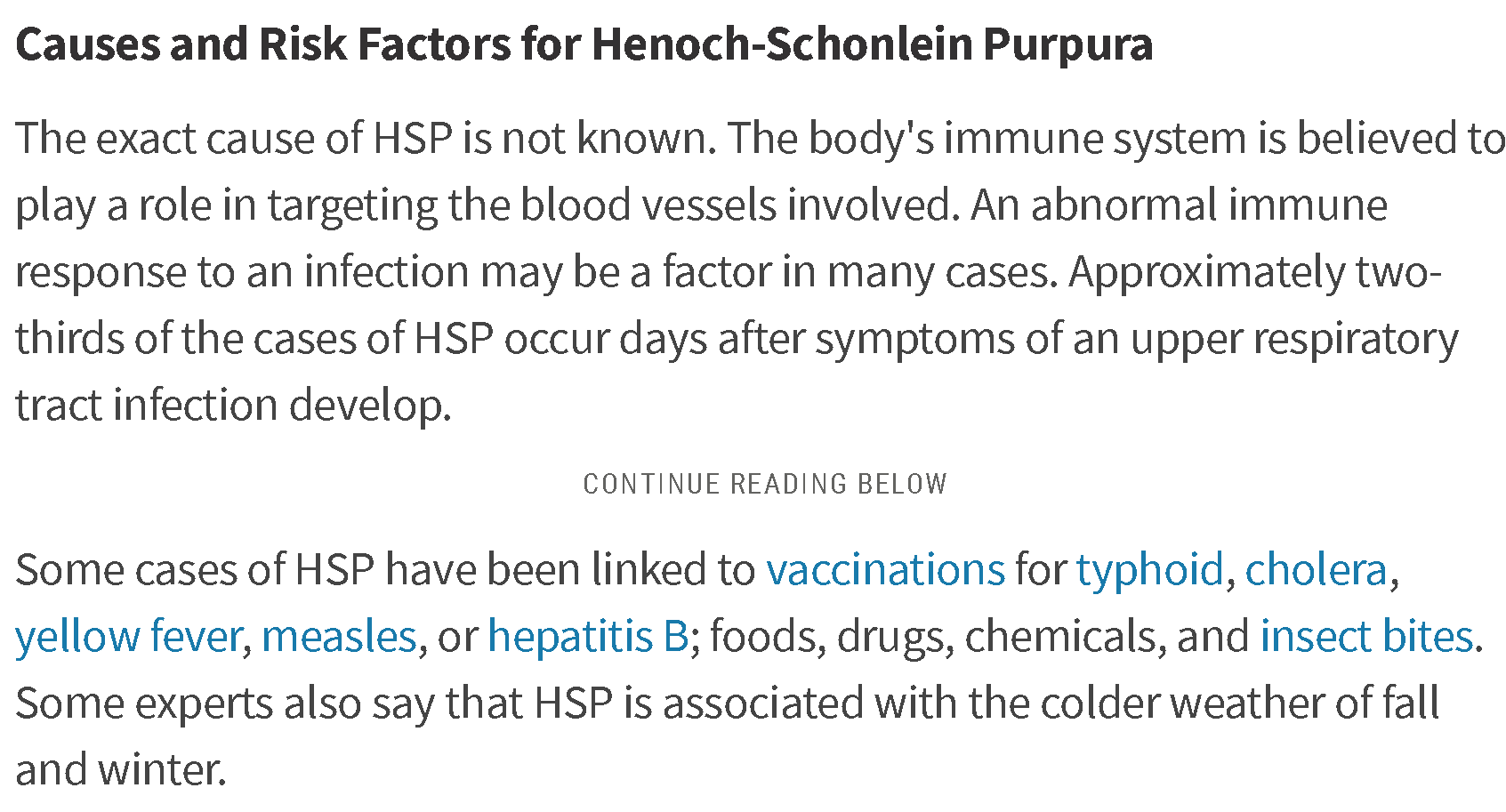 I now remember that I had a vaccin in school just a week or so before. Guess my Immune System never allowed those chemicals to enter me body, obviously for many different reasons. Perhaps that’s why I never had to take any chemical medication and never caught any disease which penetrates the Immune System.

Observations, Reflections and Insights on Ultima A.

It’s been 18 hours since I last listened to Ultima B. I thought why not change perspectives by ‘dosing off’, because it really works like a conscious altering audio file (‘substance’).

Currently am listening to my first loop for today, immediately I observed what I recall was the consciousness altering effect of the first time. Which tells me one thing, that the entire testing week I have been in this state of consciousness without realizing it. The second thing it tells me is that Ultima really effects you for a long period of time.

On A it’s like 6 hours a pop depending on your receptivity to the technology. B it’s hard to say, the B file for me runs more in the background and digs deep, it’s hard to describe perhaps I should dose off from A and then listen to B on a clean mind. Perhaps that’ll give me more insights on the whereabouts of B, because right now it’s hard to say whether the effects are a cause of differentiating scripts or a blend of the both. One thing that is certain is that B digs deeper with effects lasting longer and being somewhat more subtle? Could be that it digs so deep in the unconscious that the conscious won’t even notice the effects. (Besides through things of journaling, dreams, long-term observation in change of character, personality and life.)

Spiritually (energetically) — will add to this later as I observe my interactions with energies in my environment.

Mentally — definitely an instant crisp and clear mind, a deep calmness and sense of self, grounded and rooted very well in external reality. It feels like you’re looking through glasses that make you look deeper into reality, this effect is especially pronounced when listening to music. And whenever you’re listening to music with this renewed ability it takes you in a state of alternate awareness on top of the subliminal itself.

Emotionally — there’s something blossoming inside of me, a healing of some kind. A purifying from within is the best I can describe to it. A sense of calmness and acceptance through this purification.

Physical — A surge of vitality and physical energy, a push to get things going and to clean and replace wherever possible. Furthermore I have been having a very balanced and strengthened body posture.

There’s more I’ll add to this when I go about my day today, definitely a change in my interactions with people, which is of course very natural when your state of consciousness is altered. To me, what it looks like is some kind of Supercharger, like in the past where you would meditate on, but this Supercharger is just to be listened to and changes your reality in seconds lasting till hours after.

It’s only when you’re ‘off’ it, that you finally start to see how much more effective this is compared to a regular Q-store subliminal. It’s just different, and the strange thing is that it acts in an instant and lasts for hours. It’s so deep and profound that you can’t even rationalize what Ultima B is doing in the background or foreground yet the eyes can’t see it, (but the eyes of others will). This testing needs to be done in a laboratory with professors to observe the subject.

Can’t wait for the Black Whole module on Ultima Tech to be released. A module that sucks you into an alternate universe to entirely rewrite your unconscious for ten years in only ten minutes, through time/space warping.

I believe this super-conscious is communicating with me, through you. Thanks.

Glad that you can hear it. 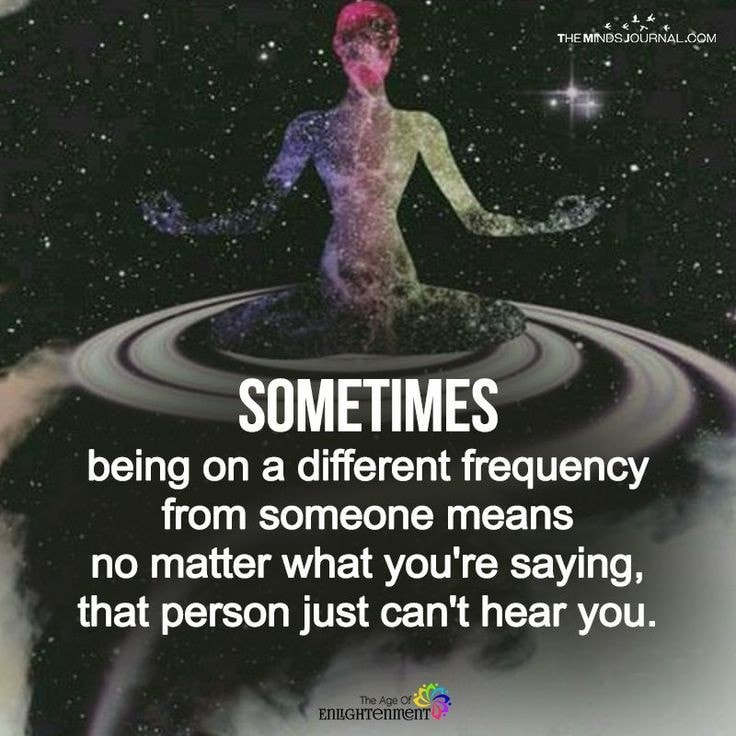 On A it’s like 6 hours a pop depending on your receptivity to the technology. B it’s hard to say, the B file for me runs more in the background and digs deep, it’s hard to describe perhaps I should dose off from A and then listen to B on a clean mind. Perhaps that’ll give me more insights on the whereabouts of B, because right now it’s hard to say whether the effects are a cause of differentiating scripts or a blend of the both.

This would actually help a lot. I’m pretty sure that A is working as intended and will most likely become the standard Ultima build. B is spotty and I’m not quite sure what to think of it.

To me, what it looks like is some kind of Supercharger, like in the past where you would meditate on, but this Supercharger is just to be listened to and changes your reality in seconds lasting till hours after.

THERE IS A FIRE THAT BURINS WITHIN YOU, IT IS THE SUN ITSELF

So, I haven’t listened to Ultima in two days and interestingly enough I didn’t have deep adventurous dreams anymore and the muscles twitching and spams have also stopped.

Concluding that both of those effects where caused by Ultima. Not sure what’s up with the muscle twitches though, it must somehow be a kind of energetic, muscle or nerve development. I guess we’ll see once we get to know more about the scripts.

With that said I’ll be testing a special version of Ultima Stage two. Will do my first loop in an hour from now and report on it later.

This is something way else…

My observations on the first loop of Ultima Stage Two Special. Which apparently is intended to be the successor of the first Ultima Program for release. After 20 minutes, I can already tell that this is some Astronaut like tech, taking you wayyy up there.

Spiritually {energetically}: an almost instant shift in energy of my environment. The extern energy was almost instantaneously shifted, like being surrounded by a cold breeze of light energy, which is healing and uplifting in it’s nature. Meanwhile I absorb this energy through my breeding and it almost feels like my Aura has expanded and transmutes the environmental energy wherever I go, as a result.

Mentally: a throughout shift in mental consciousness, a mental swiftness and speed of thinking, focus and a strong feeling of concentration and dedication. Crisp and clear mind and somehow I know exactly what to do and how to do it. Much like the scène from the limitless movie whereby the character has increased productivity through being in a constant state of flow. Time is relative to your frequency, because your frequency determines your mass and mass is in relation to time, the more developed a deity is the higher it vibrates (the bigger it becomes physically with reference to a planet), which is also the reason why time is relatively slower you’re bored compared to when you’re feeling ecstatic, because the frequency of the emotion and thus your being. A sort of time-dilation is what I can ascribe to it. As I’m observing my reality while I’m listening to this audio I’m also kind of in this odd state where the size and depth of objects have a very different frame to them, I can’t quiet explain it, it’s like having on glasses with increased vision.

Emotionally: This is actually the first thing that I noticed, an overwhelming feeling of an uplifted calmness with a deep sense of peace. I believe these emotions are also indirectly increasing my creativity, though it may also be attributed to the shift in my mental state. I just looked right now and I was 20 minutes and 11 seconds in (20:11), this is only the beginning? I’ve been sitting here for like an hour, lol what’s going on.

Physically: not much to mention here, no crazy muscle twitches or spasm this time. I do feel very calm and like floating in my body, everything is dream like. I feel like a cat, have you ever observed a cat inside? Always very relax and observant yet I do feel very focused as well. Like resting my spirit in my body while not at use, sparing that additional energy for later use instead of spending it on unnecessary muscle tension caused by stress. Many people have this problem and it’s a major cause of sleep depravity and work-depression also named burn-out, and they literally do not notice it, because they lack the awareness to do so.

So that’s it for now, won’t leak much more for now, I’m going to go about my day and see what it brings. Just looked up automatically and saw 12:12 on the clock in the far distance. I honestly never look at clocks because I structure my own day and I literally never set appointments on a specific hour as I prefer to feel everything out. As a result I always end up going everywhere at very strange synchronicity’s on clocks, because the unformed matter called spirit which is also zero-point energy or black matter in physics may create me. And I’m merely the observer in the Now, I am the one to experience it. But at the end of the day there’s only one experiencing all the different fractions of himself through separating one into infinity.

To add to that, after 35 minutes went by there was a definite shift in energy. On all planes of observation.

Again I first noticed it on the emotional plane.

Crisp and clear mind and somehow I know exactly what to do and how to do it.

I use the word “light”, but I fully agree with this description.

They have some really crazy scripting going on here. I can’t even wait to know the scripting of this program; and I assure you, I’ll know at the end of the week.

Based on 2 loops, I’d describe this as Sanguine T^4 + Naturalizer T^4.

Are you testing the special also?

From what they told me it was going to be something totally fresh and anew created for the Ultima product line.

It seems like Ultima 2(A) makes one feel “light”. And that nothing’s a big deal…