Ultima - is this thing on?

My dreams ended with someone aiming a bow to shoot arrows at me from far away. Still not sure why but you don’t question when you’re in the middle of running.

Before this was chatting with someone who took a large bag of dumplings that I’d bought specially and proceeded to eat them raw. Both they and the bag were huge. Maybe it was my inner glutton.

Listening to B alongside the H.E.R. station on Spotify.

My new rug arrives today, which is a pleasant surprise. It and two other things shipped from 3 different states yesterday, but they’ll all arrive via UPS (most reliable fav of who actually delivers consistently to my address). Meanwhile the facial essence I ordered from the same store won’t arrive till next week. Guess that’s the difference between direct from vendor vs store distro.

We have tomorrow off so I just have to get through today’s meetings and I’ll be free.

Was still coasting on pleasant contentment throughout yesterday. Everything I needed to do fell together at the right time like dominoes and the neighbor who was rude to delivery people is gone (they’re renovating the apartment now to flip it I guess). With the people next to me elsewhere having fled the city when quarantine hit I enjoy the reduced traffic in the hallway.

Dreams were normal odd-ish. Disappointing events mostly. Nothing scary. Ended in high tech fashion with an old dude attempting to trick his family into pushing a lever which looked like (from human sized cut outs in this white column of machinery) that you could sacrifice him and save the family but I was like “y’all in danger, issa a trap” and then woke up.

Done with my loops for today so gonna meditate. 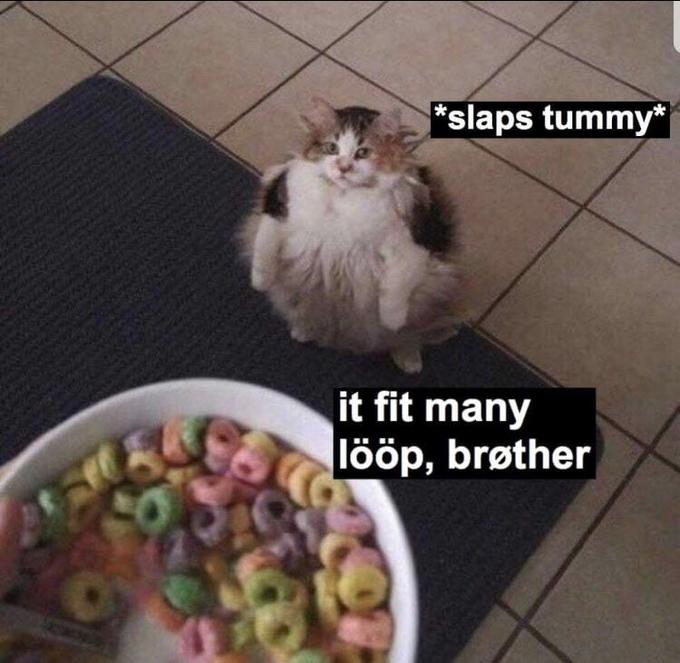 Definitely an “A” kinda day. Straight up giggling at things that aren’t even that funny.

Apartment feels lighter with some things I cleared out like a whole bag full of things left from the wedding to my ex (menus, decorations, dried flower petals all lurking in the depths of an untouched closet) and the rug that’d been here since we’d moved in together.

Even I have to be here for another ‘nother year at least till ‘vid is better and my renewed lease is up: I can continue to make small changes to revamp the space more than I have the past few years and Marie kondo the shit out of the rest. It’s a shift from just wanting to escape the space entirely to making it fully my own for as long as I have to be here.

Definitely an “A” kinda day.

This speak volumes to how well the subs are working. Well done SC!

Without knowing exactly what it does, only how it’s been making you feel, would this be a title that you would pay for and recommend to others?

just from reading the journals, this title is definitely something I would pay for as a major title. Besides being more energetic, people seem to be more in the “now” and present which is the ultimate state one can be. If you are present/awake you don’t really need anything else. This way you can experience life much better. E.g. Just listening to music is a completely new experience because you can really feel into the music instead of just listening.

So I really hope you will release this “test” title.

I am impressed by the speed of the results ! I hope you can reduce the risk of burn out and then sell it in the Ultima store soon !

a burn out can probably be prevented if you take more breaks. Most people in the test did not take any breaks and listened to more than just 1 loop. So I would just cut down the loops and take breaks in between.

Well, yes, because I haven’t felt this happy/focused/productive towards myself/my surroundings in ever. I’ve never had quite the same euphoria that I got the first day. But it would also be difficult to deal with all that restless energy on a consistent basis.

The fact that I could feel something in a few hours (besides a headache) would be enough for me to mix it into my rotation. Taking action calmed the on edge feeling from the first day. When I did, I had sustained energy to complete the action helped too.

I’m in hermit mode (more than ever) so I haven’t gotten to interact with people much beyond work since oh March. I’m probably missing some of the social effects, but I’m also ok with that.

Since subs work best when we take consistent action, who wouldn’t want to add something that increased the likelihood of you doing that with a mood boost, to boot.

Yeah this is true. I’m consistently at 2x day. Once this is all over I’d love to get a Minimal Effective Listen amount for this and my custom(s). Single custom for 2x a day was fine before but I know I’ll probably mix whatever comes out of this into something.

This wfh life might continue till the end off the year for me, at least so not so worried about this year but if/when I have to travel as much as I used to for work I’d like to streamline.

It’ll probably take trial and error on my part.

Yesterday was a rest day except for listening to A. I didn’t do much beyond make sure my packages from laser ship came and pour over different sites and discords trying to sift through the drek to find more info on lightwork and grounding to other elements besides earth. Like how do you even know if you have another affinity? I have questions

Anyway, was mostly successful in not spending for virtual currency in my mobile games but one just finished an anniversary event and another just started. While I was playing a third I kept seeing 33 then 44 then 55. Haven’t been in two digit territory in a while.

Made my normal one meal, but for some reason I was absolutely famished (I did have a soda that I hadn’t drunk in ages so possibly why) and ordered garlic prawns from my fav Sichuan restaurant so at least I was going for protein + veggies and not the cake I have in the freezer.

My dream ended with a continuation of a previous dream. It’s the first time COVID entered my dream space:

I showed up to a hotel in the city that I had talked about booking with a friend in a previous dream (only remembered when I arrived).

The lobby was crowded and I was miffed that no one was wearing masks much. It was during the daytime but the entire space was richly appointed in dark wood, tapestries, brass fixtures and points of amber/golden light

Since I didn’t cancel in time I showed up. the estimated bill came out to 999. When I realized I had two rooms I remembered why I booked them (one for a party and the other to sleep in ). I wanted to see if I could cancel the second and the front desk woman had disappeared and no one would help after I’d already agreed at the start.

I do actually have some hotel bookings to cancel. One for a work conference that’s gone virtual and another for a trip to Lisbon I’m not sure if I should keep in November (the original reason for the trip was also canceled.) We’ll see how the world is by then.

Ordered some books. The orange one came in a box and it was all dusty so I Clorox wiped it and left it by the window. 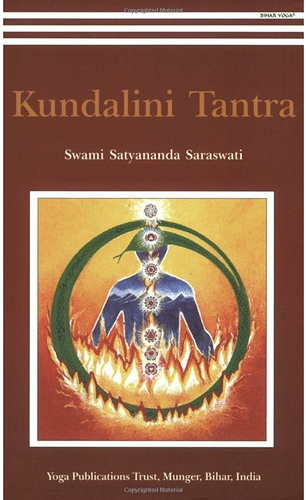 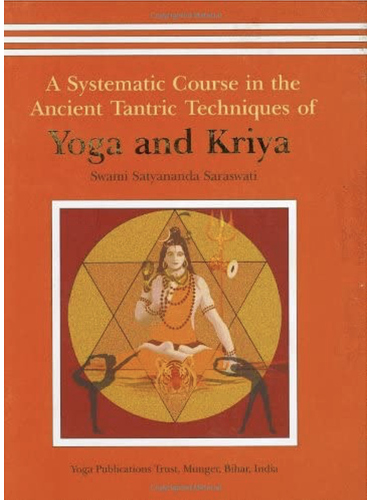 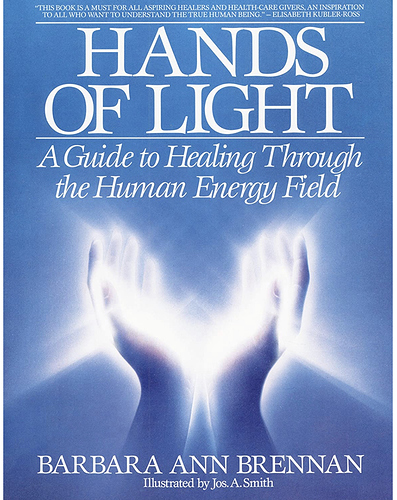 I’ll allow myself some time to read once I get to some pressing work/prof development stuff. I feel icky after looking up the Satyananda Yoga school because of the child sexual abuse stuff. Sigh. Gotta start looking up the background of stuff before I’ve already pulled the trigger on buying it.

Time for one loop of B to see how I feel. Will play a mediation I’ve been wanting to try alongside of it.

Definitely an “A” kinda day. Straight up giggling at things that aren’t even that funny.

lol, I can relate to this.

I hope you can reduce the risk of burn out and then sell it in the Ultima store soon !

I was clean from all scripting before the test and I didn’t receive a burn-out whatsoever. I believe the burn outs are mainly due to a compilation of different things such as extensive listening to a newly generated Custom right before the experiment, not sleeping enough and what have you. I wouldn’t be worried about it, one loop of A and you’ll be good over a time-span of 6 hours or longer.

What made you decide to order these books?

Whim, like most things. Wanted to expand my knowledge of the different types of yoga and the other book has a diagram on auras I’d seen that I was interested in having in person.

The amazon 1 day delivery addiction means anything I’m curious about is a click and 24 hours away.

I see. Why not get the kindle app and read it online? unless these books are not available on kindle.

I have a kindle I just like the feel of thumbing through certain books:

I get most professional/work books sent to my kindle.

I see. Are you going to review those books on here? I’d be interested.

Wasn’t planning on it, but maybe.

I got my aura read and some other things. Got curious and an opportunity arose. Slightly weirded out. Also my divine google skills are failing me in truly defining what I can do next in terms of strengthening protections towards particular elements, what the colors actually mean in each range and tf I’m supposed to do about my energy body. Trying to silence my inner skeptic and be open, but whew.

Other than that no headache. I did this meditation this morning I love the sound of her voice and the entire thing was just comfortable. It’s on Spotify 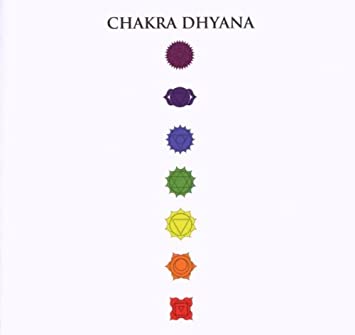 I’m supposed to do about my energy body