What's your set up for listening to subliminals?

You can set volume on whatever you are playing on AudioShare, not track specific

Is audio share available on the play Store for Android?

Don’t know. I have Iphone only

Any android app that can do that?

Not that I know of. But PowerAmp, PlayerPro, RocketMusic, can be programmed to continue playing the music file they’re currently playing even if you’re watching a video on YouTube. Their equalizer can be used to change the volume.

I find it remains hard to have good control over cell phones when it comes to volume and simultaneous playing. I also don’t like exposing other people, so I also listen with headphones. Since I used to do ultras only, I needed control.

When at home, I play it on foobar2000 while behind my PC. I use foobar only for the subs, so I never change its settings and the volume is always static. It also has a visualizer so I can see the peaks (in the case of ultras). I use VLC for other stuff, including audio (like Solfeggios) and video. I use my gaming headphones, HyperX Clouds. I find I can wear those all day long without discomfort and they have above average sound quality.

That said, I may switch to the Ultima setup once my Ali ear pillows have arrived. They should take away the discomfort the Sennheisers have on my ears. After listening to the Ultima optimized sound I am a bit spoiled. Alternatively I can optimize the Clouds for Ultima as well.

When traveling or at another location, I use a simple SanDisk Sansa Clip with a playlist on it and decent quality in-ears. I never have any issues with the little thing compared to a phone. As long as it is charged, it always works and I can easily change the stack by taking out the SD card and opening it on my PC.

When sleeping I do the same, except I use the Sansa Clip with Sleepphones.

Now I don’t like putting the subs on a work-system, so at work I tend to use the Sansa Clip as well. Which prevents me from listening to anything else while the subs play. I did, however, get a simple Windows tablet so I can recreate the home setup with foobar and VLC. Never got to test it because COVID hit right around the time I got it. 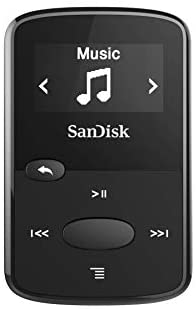 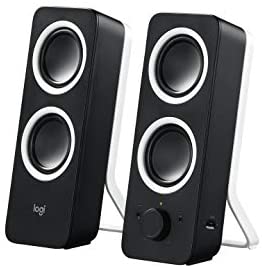 Is there a reason why you’re using masked on speakers, as compared to ultrasonics?

Just for the heck of it, No… What else ya got?

@pacman Rocketplayer and Musicolet. They both are in Android platforms and check for “audio focus” option.

How do you play two tracks on Musicolet?

Dont think it’s possible. Musicolet is just a music app. You will need another player to play background music or other type of music.

I meant you can use these 2 apps simultaneously to play if you have to.

Other options include poweramp and playerpro. It’s a bummer jetaudio doesnt have an audiofocus feature.

I used audio share (masked tracks) with Bose inear headphones while listening to music or audiobooks on the iPhone SE.

Ultrasonic tracks I played either directly with the MacBook Pro or with an old iPod shuffle and speakers from either Creative Labs or Logitech. The model of the speakers I do not know right now.

At the moment I am listening with beyerdynamic DT770 headphones at a MacBook Pro to the experimental subliminal.

Because I prefer masked unless I am forced to maintain silence. I use Ultrasonics in my office. I check a lot to make sure the ultrasonic tracks are still running.

It works but volume level can’t be controlled separately…

Use the equalizer in each app.