Been wanting to quote Douglas Adams several times in the past week or so!

One that keeps coming to mind: the trick to flying is to throw oneself at the ground and miss (not the exact quote)

And another I’ll have to look up:

To summarize: it is a well-known fact that those people who must want to rule people are, ipso facto, those least suited to do it.

To summarize the summary: anyone who is capable of getting themselves made President should on no account be allowed to do the job.

The Hitchhiker’s books and tv series were some of the favorites of my youth (and maybe soon to be of my adulthood as well). Was just telling my daughter about it two days ago. The ‘special effects’ of the old BBC series made it even better. It’s a great blessing to have the works of these amazing writers so easily available.

The Nightside Series is about a wizard right? It is like an urban fantasy series right?

Yeah, Adams Logic™ is awesome. You got it pretty much correct. You throw yourself at the ground and miss. The way to do that is by getting so distracted during the falling that you completely forget to hit the ground. And as long as you don’t wonder about the fact that you should in truth be falling and hitting the ground, you will remain in the air.

Another one of my favorites is that they escape from a building by shooting a rocket at rocket proof glass, which worked because it was only rocket-proof on the outside, and they fired the rocket from the inside.

And of course the technology. The Infinite Improbability Engine, the most powerful propulsion engine in existence. And the SEP shield, the doable alternative to the cloaking field.

One thing that I sometimes remind myself of when I feel down is the ultimate torture device, The Total Perspective Vortex, a machine that shows a person the entirety of creation and how small and insignificant they are in it. They all die from instant depression. Until one person walks out. The reason why he walks out is what I tell myself when I need a pick me up.

So many good things in those books…

Philip Pullman’s His Dark Materials and Cassandra Clare’s The Mortal Instruments were also quite interesting.

I read some Clive Cussler, before they where made into movies such as Sahara, there I I think I will pick James Rollins adventure book Map of Bones.

The movie Sahara was very very very different than the book, the movie was basically a joke. Of Cussler’s book series, I like the Oregon series the best, but they’re all good. The earlier Dirk Pitt books were a bit cheesy, but the newer ones are quite good.

As for James Rollins, Map of Bones is one of my favorites, excellent choice!

Anybody read King’s The Dark Tower? I hear good things.

Yes to Douglas Adams. At one point in my teens I was super into all things Stephen King and Graham Masterton

Next may be Infinite Jest by David Foster Wallace.

EDIT: Forgot about Eragon and another fantasy for which I almost remember the name. To be further edited…

It weakened as it went on but the first 2 books were incredible IMO. I think the author was like 14 when he wrote them too.

Did you catch the MTV made Shannara show,
I liked it more than I wanted too.

No. My kids own the remote. Lol.

Other books that I enjoyed reading…

Would also add Clouds above the Hill: A Historical Novel of the Russo-Japanese War. The characters in the novel were real and were quite prominent in history. 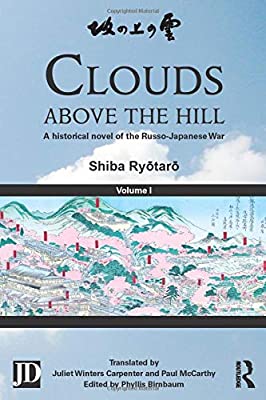 Clouds above the Hill: A Historical Novel of the Russo-Japanese War, Volume 1

Also enjoyed John Le Carre’s the Spy Who Came in from the Cold. Sad for the protaganist. Made use and disposed of after work was done - but then he was a spy anyway. 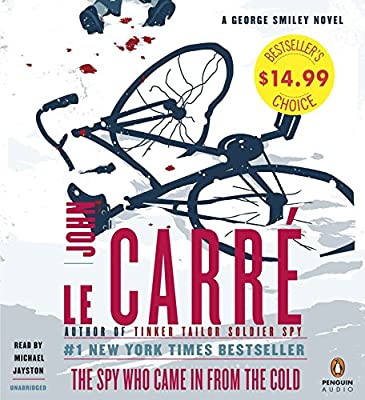 The Spy Who Came in From the Cold: A George Smiley Novel

Really, really loved J.G Ballard’s Empire of the Sun (made into a movie too). If you love the movie, you will love the book. 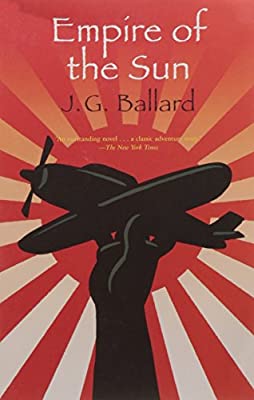 Empire of the Sun

Margaret Atwood’s Cat’s Eye. Fascinating story about a girl’s life experiences. Lots of imagery used and up till now a lot of stuff I find difficult to underrstand. 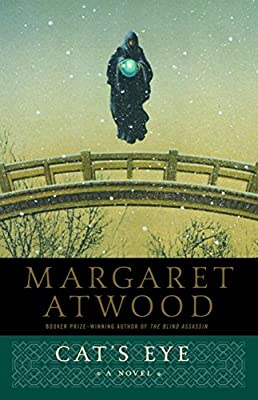 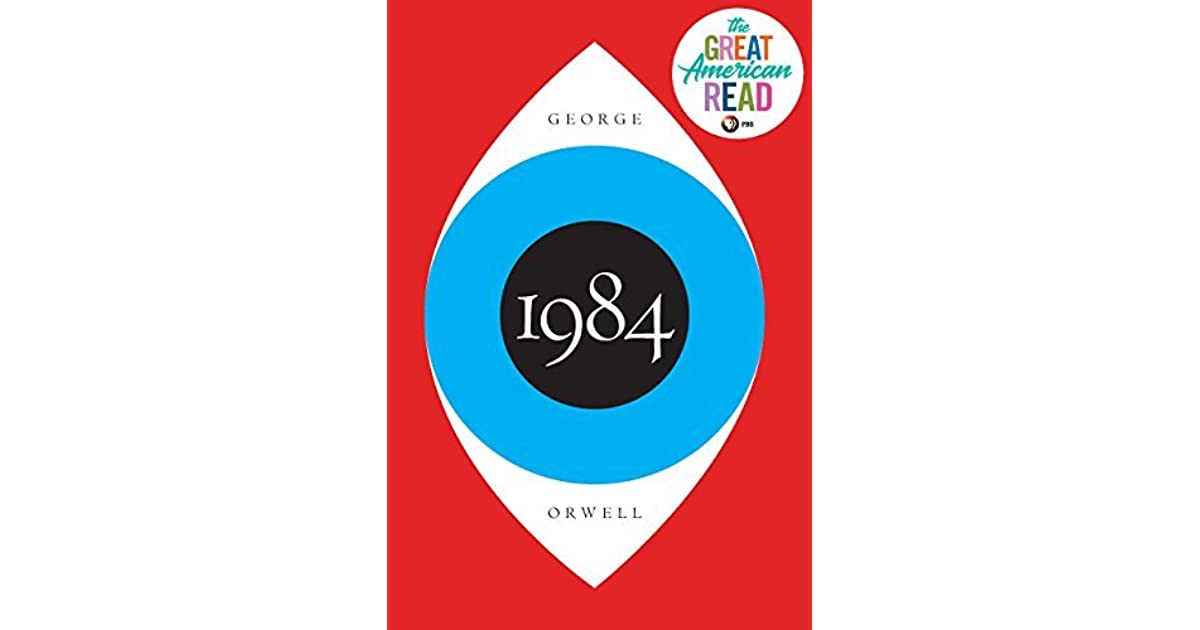 Among the seminal texts of the 20th century, Nineteen Eighty-Four is a rare work that grows more haunting as its futuristic purgatory bec...

The Devil’s Alternative. Fascinating Cold War novel. I learnt a lot about the Soviet Union after reading this book. 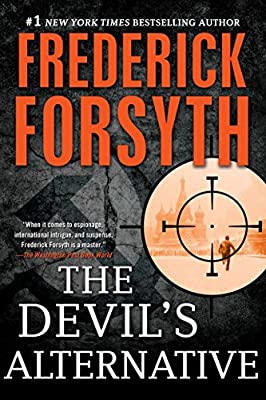 The Devil's Alternative: A Thriller 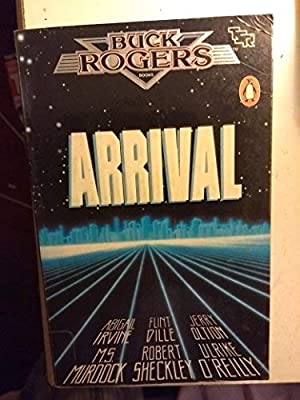 Not exactly, a novel…but his book read like fiction anyway. 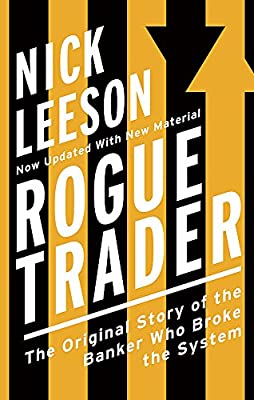 Devil on the Cross - book about colonialism in Africa. Lots of use of hyperbole and creative writing techniques. 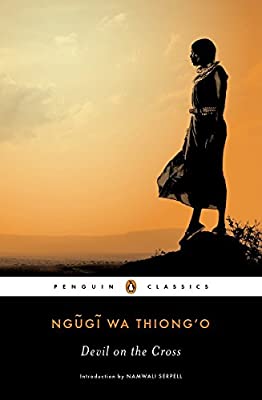 Genesis, by W.A Harbinson. First book to get me interested in UFO conspiracy theories. 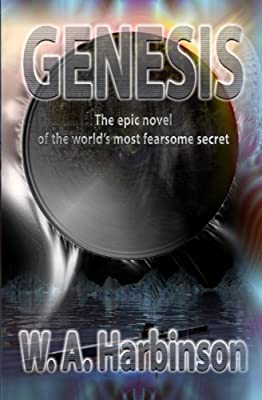 Water Margin (Outlaws of the Marsh). (Translated Version). One of the four great Chinese classics. 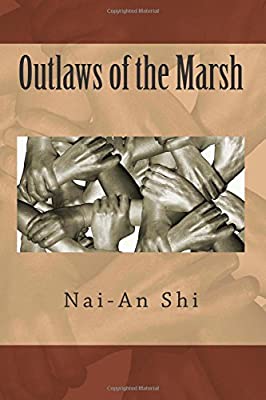 Outlaws of the Marsh (Volume 1)

Winter of the The World by Ken Follet. World War 2 setting. 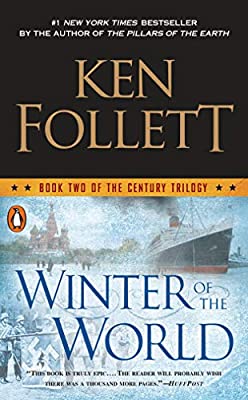 Winter of the World: Book Two of the Century Trilogy

Cathedral by Nelson Demille. Fascinating novel about with a cathedral in NYC as a setting. 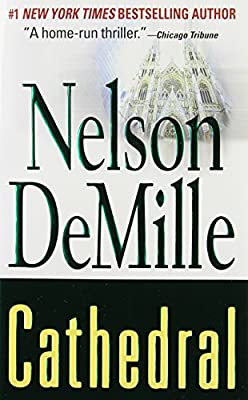 Fatherland by Robert Harris. Superbly well-researched. I haven’t read Philip K. Dick’s the Man in High Castle but the setting is similar. 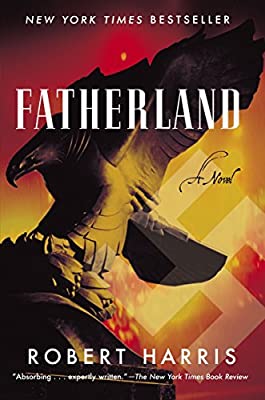 Fun while it lasted. Not really fiction either but really fascinating rags to riches to rags story about a coin collector. 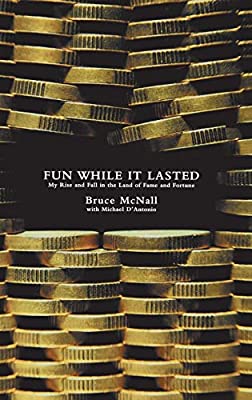 Fun While It Lasted: My Rise and Fall in the Land of Fame and Fortune

A Stone for Danny Fischer. Another fascinating rags-to-riches story. 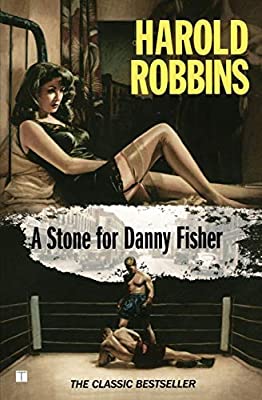 A Stone for Danny Fisher

I had to read S.E. Hinton’s The Outsiders in school but the book and its characters never left my memory throughout my life and when I learnt that there was a movie about it available online, I went to watch the movie. I re-read the book a few times throughout my adult life. 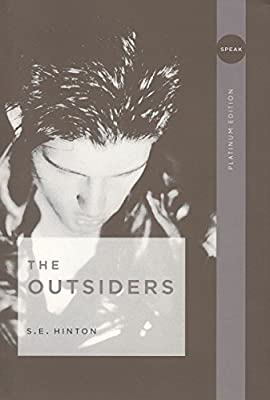 The Day of the Jackal by Frederick Forsyth. Got me interested into understanding terrorism more. 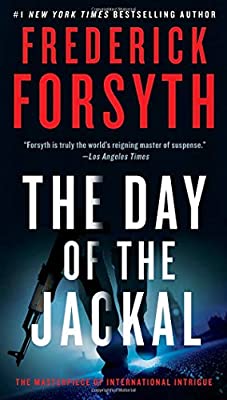 The Day of the Jackal

I read Louis Cha’s The Return of the Condor Heroes novel in Chinese. It took me two weeks of non-stop reading to finish the book but it’s a fascinating read.

Louis Cha was one of the most prolific writers in the Chinese literary world with his books adapted in tv dramas and films and he is a household name. In fact, he was a big fan of Alexander Dumas and one of his novels, A Deadly Secret, was influenced by Alexander Dumas’ The Count of Monte Cristo which some people have mentioned here.

Now, some of his books have been translated into English. 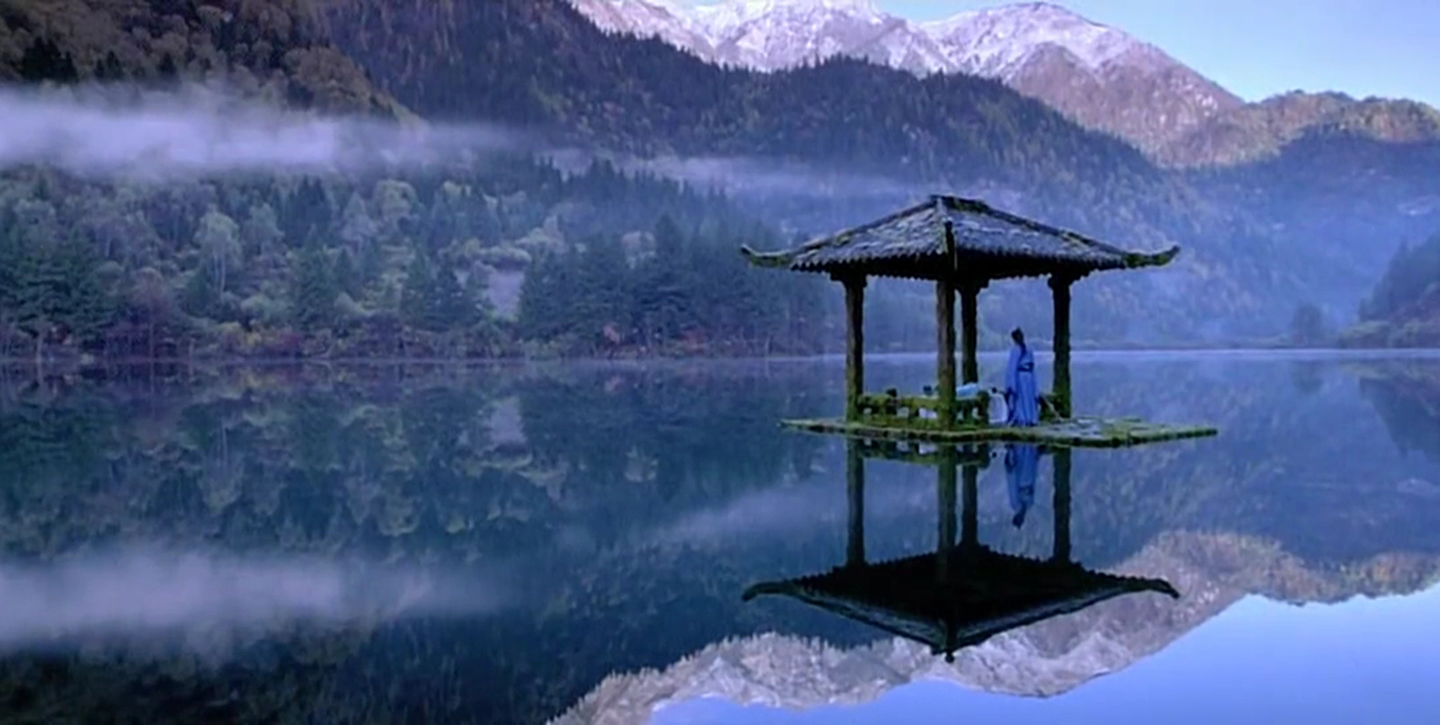 The Return of the Condor Heroes - WuxiaSociety

The Return of the Condor Heroes by Jin Yong was first serialised in newspapers from between 20 May 1959 and 5 July 1961.

Anita Desai’s the Village by the Sea. Another book I had to read in school but really enjoyed. 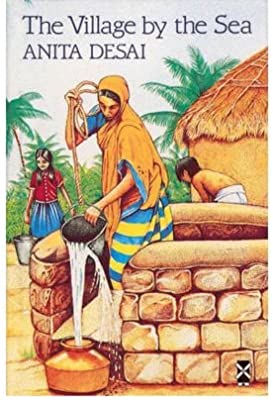 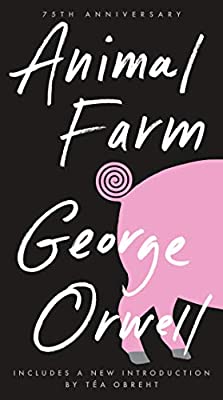 The Wonderful Stories of Henry Sugar by Roald Dhal. Where I got my ideas about having X-ray vision and breaking the casinos. I still hope I can achieve this superpower one day. 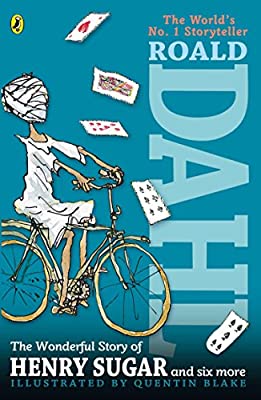 The Wonderful Story of Henry Sugar 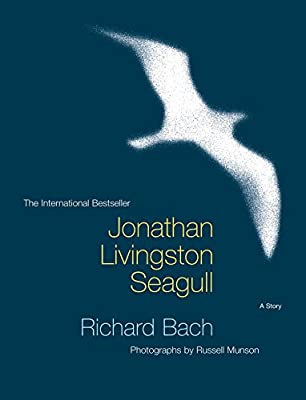 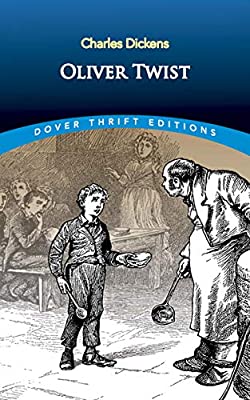 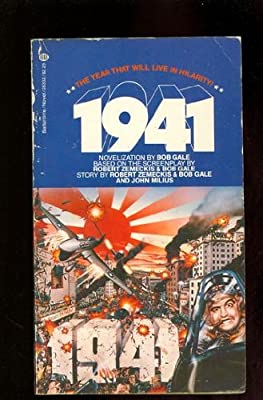 Momo. One of the few fantasy writings that I really enjoyed. 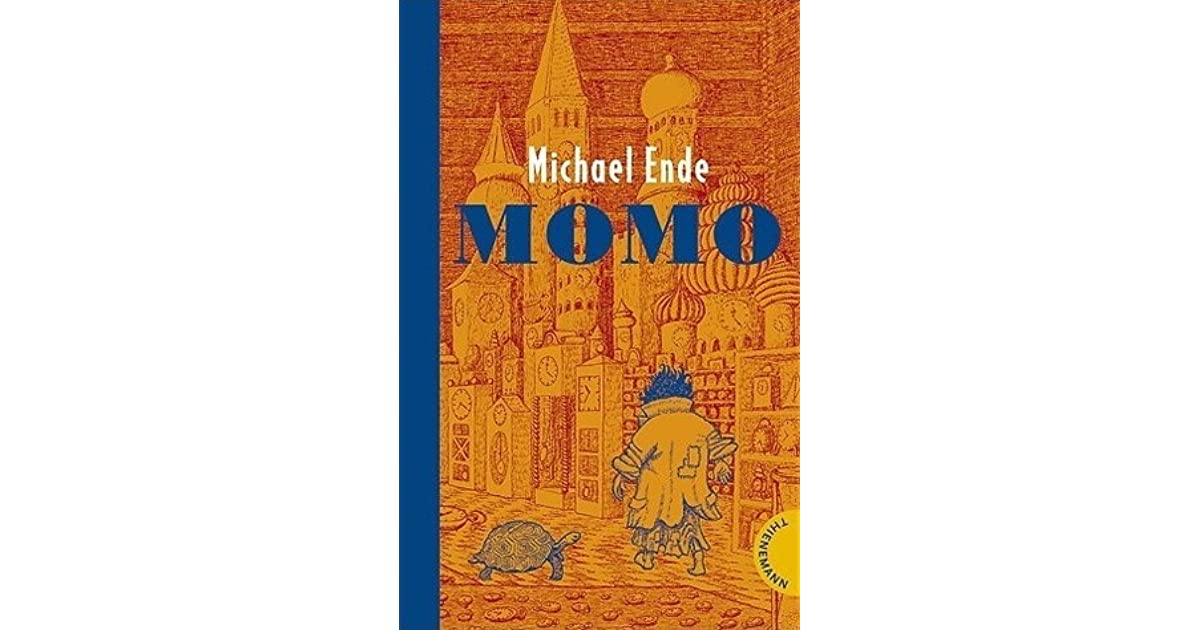 Yasunari’s Kawabata’s Snow Country. With a location in the snowy mountains of Japan as a setting, the writer fused the various themes of traditional Japanese conceptions of beauty, human nature and love in his novel. 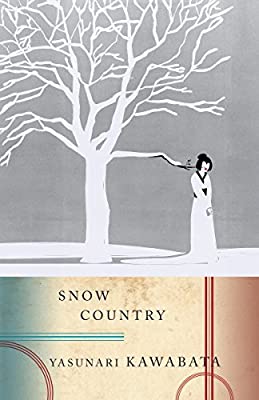 I was hoping for a season 3 lol

lol you never know
He’s awesome in everything,
he has the coolest voice.

The way to do that is by getting so distracted during the falling that you completely forget to hit the ground. And as long as you don’t wonder about the fact that you should in truth be falling and hitting the ground, you will remain in the air.

Quite the metaphor that one.

Suggests that it may have been your own expectations holding you down the entire time.

That’s why it keeps coming back to me as we discuss pursuing our aspirations here on the forum.

A big fan of Fantasy and Scifi which is evident in my preferences. Also love epics and book series. Here are some off the top of my head. Only mentioning the series I have completed:

Fantasy
-The Hobbit, Lord of the Rings, The Silmarillion
-Narnia series (my Harry Potter fix before Harry Potter was even made lol)
-Harry Potter series
-The Wheel of Time series (one of my favorites especially cause of the badass male magic channelers in them. Among many other things)
-Earthsea trilogy by Ursula Le Guin (Something really beautifully haunting about her writing)
-A Song of Ice and Fire series (there is deeper mythos in these books. Would recommend Lucifer Means Lightbringer youtube channel to understand it more)
-Malazan Book of the Fallen series (my favorite so far. Massive worlds, a very interesting magic system, people who you want to know as friends and power games that will put even the gods to shame)
-Sandman comics (such a beautiful masterpiece)
-American Gods

SciFi
-Dune series
-Foundation series (Isaac Asimov)
-Neuromancer by William Gibson
-Hitchhiker’s Guide to the Galaxy series (one of the most intelligently hilarious books I have ever read. Super quotable too)

You throw yourself at the ground and miss. The way to do that is by getting so distracted during the falling that you completely forget to hit the ground. And as long as you don’t wonder about the fact that you should in truth be falling and hitting the ground, you will remain in the air.

I believe wile coyote was a master of this but always lost confidence in himself and ‘remembered’ in the end.