I would hazard to guess that nirvana and meditation is referring to this, just as a reference to jung theory.

This would also need an unobstructive, quiet ego, since even a healthy ego can mimic a materialistic superego, when contrasted with the concept of nirvana.

They say ego death is the nirvana that advanced meditators work towards most of their lives, I’d be very curious to experience it someday.

Nirvana/Nibbana is achievable and does not have to take one’s entire life. (No, I haven’t done it, and it’s not a personal priority.). Actually, as an INTJ, you actually have some unique advantages for realizing it.

Check out Daniel Ingram’s Mastering the Core Teachings of the Buddha (pdf), for the methods, the phenomenological context around the experience, and other useful details.

[caveat: of course, various schools of thought have varying criteria and interpretations of nirvana and other similar phenomena. Your own critical thinking as always will be necessary to parse things out and come to your own conclusions. Nevertheless, the nirvana/nibbana experience is a specific attainable phenomenon in contemplative practice.]

Which sub matches or comes close to Virtuoso
ISTP-T

Finding an environment where they can work with 2. good friends who understand their style and unpredictability , combining their creativity, sense of humor and hands-on approach to build practical solutions and things, will give Virtuosos many 1. happy years of building useful boxes – and admiring them from the outside.

Virtuosos will come to learn that many other personality types have much more firmly drawn lines on rules and 3. acceptable behavior than they do

With StarkQ, you will be the man that enters a room and everyone whispers your name in awe because you’ve 1. invented or created something magnificent.

Turbulent Virtuosos are much more likely to start doubting themselves, their abilities, or their knowledge if they make a mistake.

Is there a possiblity that some may choose a wrong subliminal compared to the personality type?

Maybe wrong, but not bad… just no results + wasted effort. Working on strength vs weakness is similar to motivation from avoiding pain or chasing pleasure.

Of course, another advantage of an INTJ is that they are most likely to close their eyes, open them a few moments later with the words “I know Fung Fu.”

Or in my case, the theory of the Id, Ego and Super-Ego.

I wonder, when linking subs to personality types, do we want a sub that complements our personality or one where the goals work to improve our shortcomings?

Check out Daniel Ingram’s Mastering the Core Teachings of the Buddha (pdf), for the methods, the phenomenological context around the experience, and other useful details.

I will skim this document I suppose looking for this, but does the paper reflect the end result of buddha recomending the middle path, rather than asceticism?

When I look at a meditating monk, if they have no thoughts, is this conflicting with the middle path? If not, than nirvana is more polymorphic than amporphic.

Guess there’s a module for this… 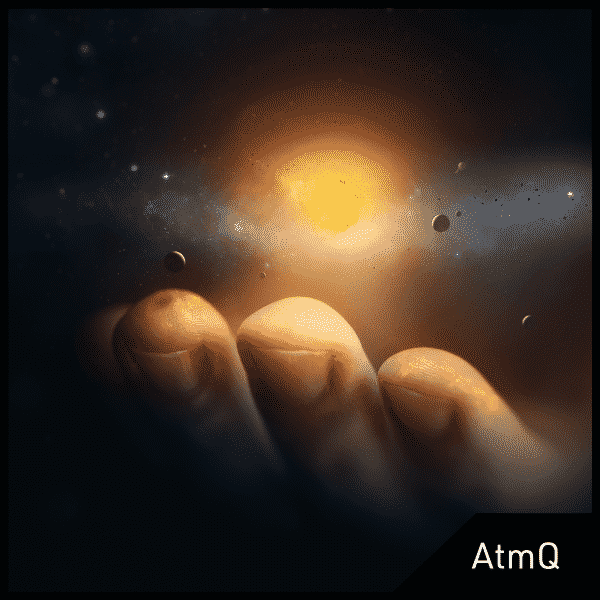 Which one is healing there?
Will ascended mogul go against Virtuoso
ISTP-T

Which one is healing there?

ic and pcc can heal you if your issue originates from people you interact with day to day.

Will ascended mogul go against Virtuoso

“Is it dominion over others?”

“Dominion truly affirms you as the master of your reality, allowing easy expression of your power and easier manifestation. With further profound effects on your authority and status, you will exude confidence and power wherever you go using Dominion. An integral part of any status-requiring subliminal.”

Virtuosos will come to learn that many other personality types have much more firmly drawn lines on rules and 3. acceptable behavior than they do

And no playing on your strength as a virtuoso, for creativity in stark not ascension.

So you say go with stark and pcc and ic

So you say go with stark and pcc and ic

That was my impression from the website description converted into a sub combo.

If you want to play on your strengths then it would be right, but I do not know if the combo would actually work

also the link I gave, it is not what I use personally… I only gave it out since it was popular here.

So apparently I am ENFP-A, at least this time. I tend to switch between the Diplomats & Analysts very often.

I guess ENFP-A makes a little more sense though, who knows, I’ll do it once again in a few months ago and see which one I have transitioned into. It is quiet interesting!

Perhaps I should go for Stark again, it complements my personality very well. Although it lacked the qualities to petrify my weaknesses. That’s why I’m leaning towards Khan, honestly a blend of the two would probably fit me well.

Love the Atlas mindset that Khan gives, because it is something that I lack. I do things in bursts of action, now I do evolve on a daily basis and I try to negate those negatives qualities of mine as much as possible. Usually due to a strategic approach, because willpower works 1…2…3 times but routine keeps you going.

I wonder, when linking subs to personality types, do we want a sub that complements our personality or one where the goals work to improve our shortcomings?

Ha! I was wondering this same and came to the conclusion why not do both? I hoped for the Q-store to give me that ability, but those Customs get so dense that I’d prefer to create my own Cores, lol!

At least that’s what I did with Ascension and it ended up working out very well. Now Ascension, isn’t all that dense… so I wouldn’t be combining 5 different Cores to complement my strengths while negating my weaknesses. Maybe you can poke Saint and Fire for the future possibility of assembling whole Cores according to your needs, with the Q-store. wink wink

And how does one do that?

You’ve got to interpret your Astrology or have someone do it for you. Similar to the Personality types, you’ll get an overview of your energies. Which is also somewhat adaptable but most people never get to it, as it takes Energetic Alchemy. But it surely is similar to the way that Personality types change due to Subliminal’s which also a type of Alchemy, not in the Energetic {Spiritual} fashion but taking a Mental approach.

@user9437773791397760 according to my Personality type, out of sheer curiousness, what would you recommend me? I guess it seems obvious to go with Stark, as they actually mentioned him in the ENFP-A embodiment’s. And through following my feelings, Stark was also one of my favorite Titles, but more importantly I wanted to negate my weaknesses as they’re holding me back.

Any sub suggestions for the INTJ type? Something like Emperor?

Khan or Emperor in tandem with Quantum Limitless & Mind’s Eye.

I will skim this document I suppose looking for this, but does the paper reflect the end result of buddha recomending the middle path, rather than asceticism?

The book is a practical practice manual combined with grounded reflections on really doing the work. It’s also the author’s (evolving) magnum opus on his journey through the process of realizing the potential of Buddhist practice. He reached the goal post and attained arhathood.

The first edition of this book was released about 12 to 13 years ago (give or take), and it gave rise to the Pragmatic Dharma movement, in which practitioners no longer adhere to the taboo against reporting on specific meditative attainments and strive to be transparent, multi-disciplinary, and empirical (as much as possible) in charting their experiences along the way.

Yes, it’s all in line with the middle way principle, within a very pragmatic, applied sensibility.

Campaigners are very emotional and sensitive, and when they step on someone’s toes, they both feel it. Individuals with the Campaigner personality type become stressed relatively easily and rarely take anything at face value. They may endow any mistakes they make with much more weight and meaning than such errors deserve.

Luckily, Campaigners know how to relax, and they are perfectly capable of switching from a passionate, driven idealist in the workplace to that imaginative and enthusiastic free spirit on the dance floor, often with a suddenness that can surprise even their closest friends.

Campaigners’ self-esteem is dependent on their ability to come up with original solutions, and they need to know that they have the freedom to be innovative. They tend to see life as a big, complex puzzle where everything is connected – but unlike Analyst personality types, who tend to see that puzzle as a series of systemic machinations, Campaigners see it through a prism of emotion, compassion and mysticism

I will add a non sub concept later if I find something related to this type.

“I guess it seems obvious to go with Stark, as they actually mentioned him in the ENFP-A embodiment’s.” definitely.

@DarkPhilosopher its nothing against you personally i am just sharing my experiences with that specific personality type.

One thing I would like to mention is that the focus part is unrelated to concentration, it’s more like long-term focus on projects, endeavors, businesses, or anything related to life. From what it looks like a Campaigner is likely to be distracted by new ideas where by he or she loses track of it’s current project.

Frankly my concentration and focus on a task is far above average, probably due to a 2-hour long contemplating/meditation & visualization practice I dedicate myself to on a daily basis. But then again, it wasn’t a reference to short term task related focus, rather long-term project or goal related focus.

I used to be highly emotional, and perhaps I still am but I learned to manage in such a way that I gained entire control over my emotions. So, it’s kinda hard to tell, whether or not I’m actually emotional what I can say however is that I live in ecstasy for life on a daily basis. I’m also highly emphatic and I can easily feel into a persons energy.

The popular and friendliness part, surely is a thing and I’ve always felt attraction towards Daredevil – interesting. Stark, by far has been my favorite Title, it was a matched my personality straight away, however my focus on it is all over the place and it doesn’t hold any structure or discipline compared to Emperor or Khan.

While Stark does give me amazing productivity, increases my concentration to unimaginable levels where I completely zone-out into the work I’m doing, it’s been lacking the overal discipline, dedication and drive to push towards my goals. Which seems to be the hugest downfall of a Campaigner it’s success rate, gotta negate that quality of mine now that I am still young.

I’ve tried Ascended Mogul and it gave me insane drive, discipline and dedication so perhaps merging it with Stark in a Custom will be a game-changer for me. Who knows… I am likely to try out Khan anyway, it calls to me. Not that Khan is completely my style, but from what people have said it really deals with Action, Drive, Ambition, Passion, Dedication, essentially striving towards your goals relentlessly.

What type are you?

What type are you?

The test I linked is not my resource, it is only popular on this forum. I tested INTP T.

Khan is the playboy (Daredevil), using wealth only as a support for the lifestyle.

Fire just told me that Khan doesn’t have as much wealth scripting as Mogul, Stark or Emperor.

I only have experience with khan st1 right now. I AM module is interesting.

essentially striving towards your goals relentlessly.

I AM makes sure you’re goals stay authentic to your personal reality.